Fall color is a big deal here in the Ozarks. Sure, it may not have the punch of New England sugar maples or the flash of Colorado aspens, but the annual Arkansas display is eagerly anticipated. The display this year has been slow to come. The late summer and fall drought and the warm October weather have slowed the annual progression of color change. It is coming, but we’re not there yet. 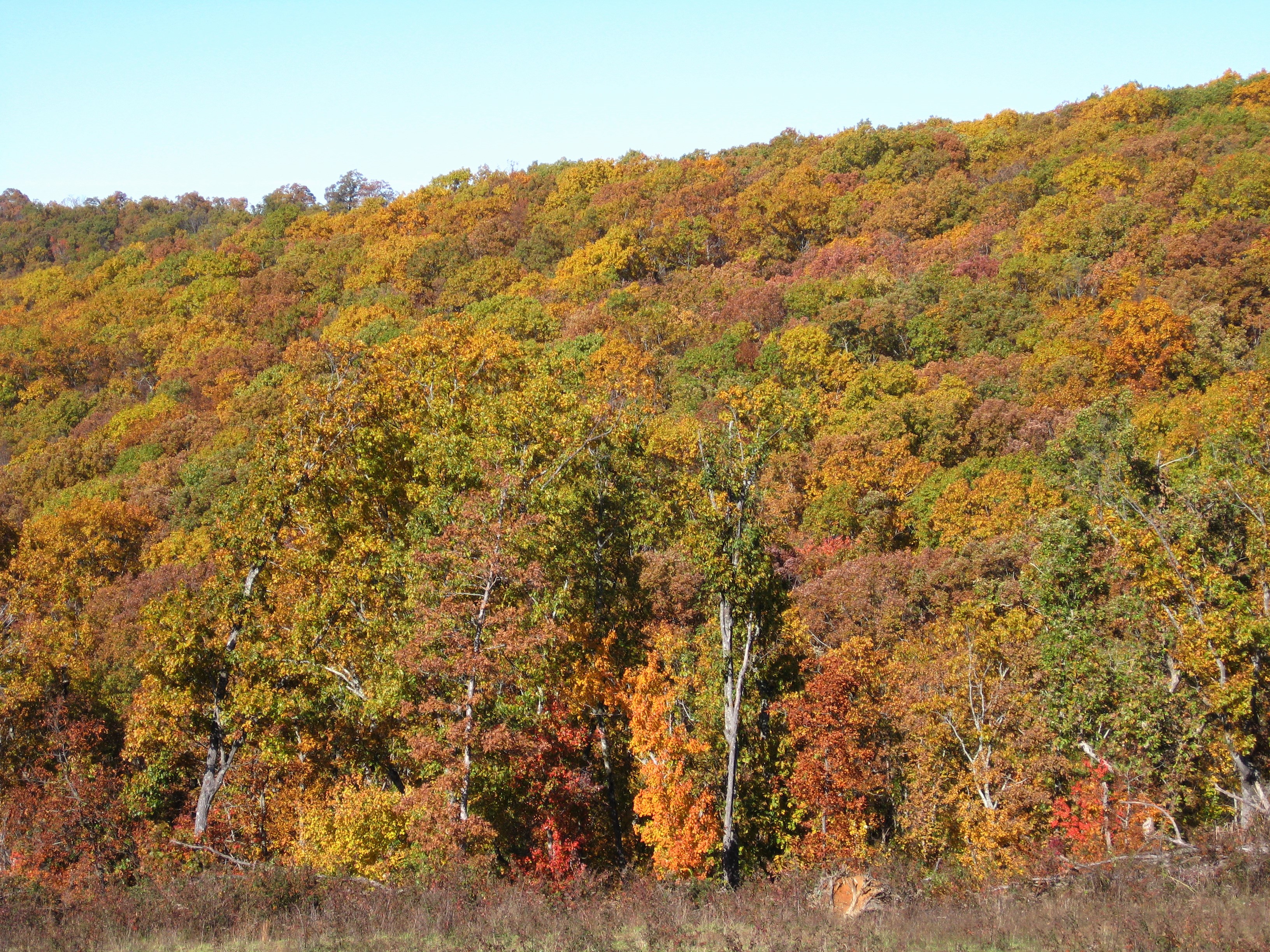 OZARK COLOR — To really have a great fall color year in the Ozarks, the oaks must do the heavy lifting. So far this year they have been slow to color. (Image courtesy Gerald Klingaman.)

The best conditions for a good fall color development are to have enough rainfall during the growing season for the trees to keep their leaves but a late summer dry spell to encourage them to put on a display. But, if the late-season dry spell is too severe as it may have been this year, trees begin dropping leaves before they change color or simply go from green to brown.

Temperature-wise, the ideal fall will have crisp cool nights and warm, sunny days. October must have been one of the warmest on record, with nighttime temperatures also above average. So far there have been no frost warnings. Because of the warm fall, our autumnal display has been pushed back several weeks and the change has been spotty with some trees turning while ones next to it holding green. I’m just now seeing sumac color up, something that often happens in late September.

There are really two distinct seasons for fall color display — the town trees and the forest trees. Because the town trees are a mixture of more species, the fall season is longer, usually ranging from the last of September until the third week of November, with peak display usually after October 20. But this year peak display, even in town, may be pushed back into early November.

The forest display is a bit shorter. It usually begins with sumac, black gum and dogwood starting the display and the oaks ending it in mid-November. To have a really spectacular season in the Ozarks, the oaks have to do the heavy lifting. October was a disappointment this year - probably one of the poorest I remember. Even the sugar maples have been lackluster, traumatized by the late-season drought, unseasonably warm weather and the high winds that knocked leaves from the trees.

Maples have different fall color display times depending on the genetics of individual trees. Most sugar maples are grown from seed, so individual trees vary in color intensity and time of turning. I formed my opinion of the “peak display period” for sugar maples during the 20th century in the film days of photography. I remembered peak as coming in mid-October, but looking at my digital images – photos taken and time-stamped after global warming made its presence known – I find many of the images taken in early November.

Autumn Blaze maple is one of the popular landscape maples that has a dependable fall color display. It is a hybrid between red maple and silver maple, displaying the dependable orange-red fall color of the former and the fast growth of the latter parent. Because this tree is a clone, they show fall color at the same time. The Autumn Blaze trees I have photographed over the past few years have peaked around October 20. This year they showed peak display about a week later. Red maple clones such as October Glory usually peak in northwest Arkansas around November 10. This old stalwart clone originated in Princeton, New Jersey 60 years ago and is still one of the best in the South because it holds its fall color display for up to three weeks as long as the winds don’t get too excessive.

Want to identify a landscape tree? Use our tree ID tool!

As cooler temperatures settle around us and the leaves give way for the inevitable cold temperatures ahead, we will just have to sit back and watch to see what our fall display will be. Though it is hard to sell the idea to the tourism people, brown is a color too.