Osage Orange – one of my favorite trees
skip to main content

Osage Orange – one of my favorite trees

I like to understand the intersection between social history and natural history, so the other day when I spotted some really nice Osage orange trees, I got to thinking. Why is it called Osage orange when the Indian tribe it was associated with in southern Arkansas and northeastern Texas where it is thought to have originated along the Red River valley were the Caddo Indians? 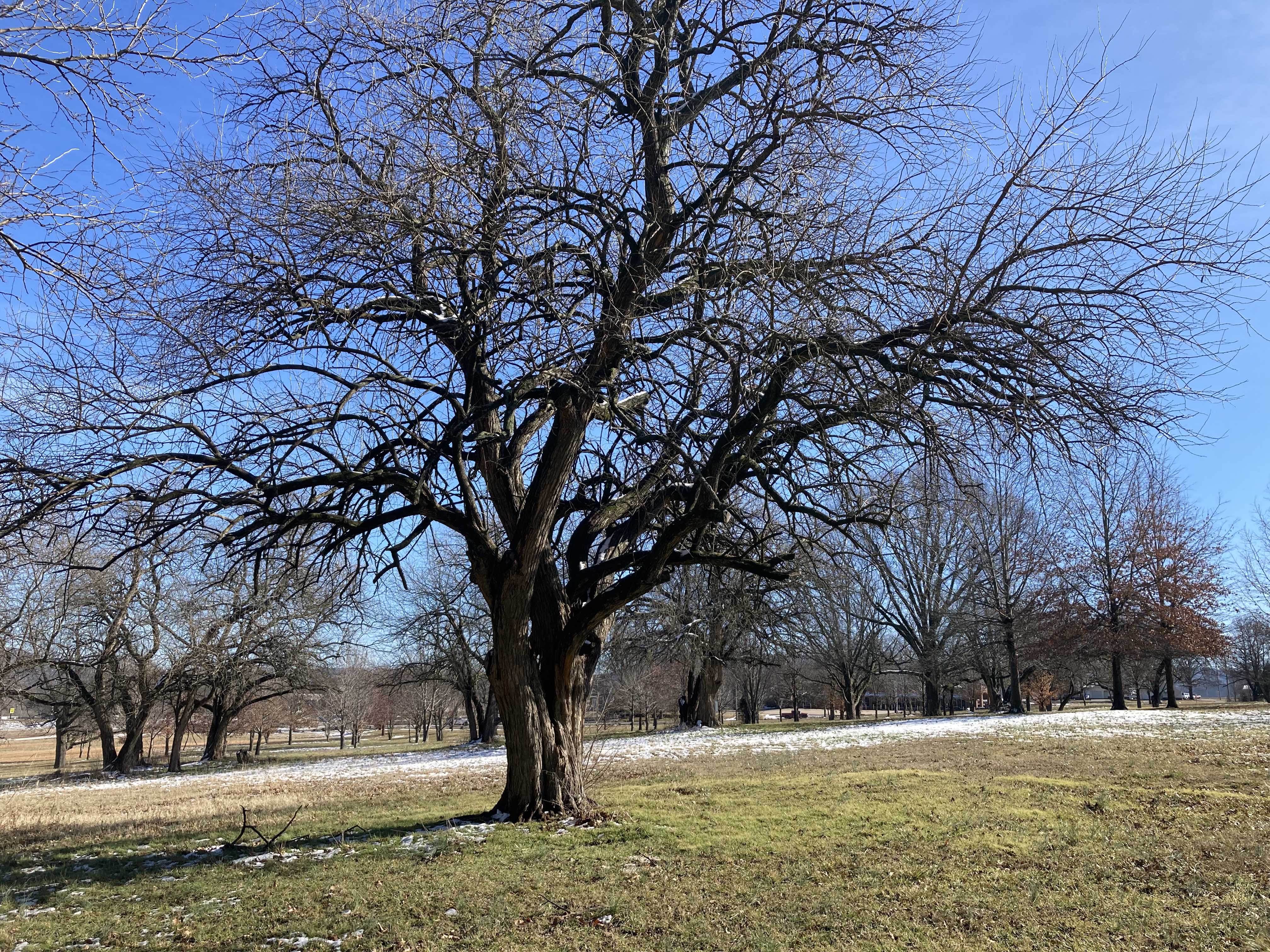 ICON OF THE PRAIRIE — Osage Orange has an interesting story to tell and would make a great state tree for Arkansas. (Image courtesy Gerald Klingaman.)

I’ve known this tree since my youth growing up in central Oklahoma where it bordered the west fence line of some of the places where we put up hay, but we called it bodark. Now I know it goes by a lot of names including, bois d’arc, hedge apple, horse apple, bow-wood, monkey brain, post tree and probably others. The assortment of names explains some of its backstory and why it is such an interesting tree.

The first mention of bow building in the Red River region is in 1687 when Henri Joutel, La Salle’s second in command, describes bows made in the region of such exceptional quality that other tribes would travel 50 or 60 leagues (more than 200 miles) to trade for them. The tree is not described but bois d’arc is the most likely candidate. This name bois d’arc is given to the tree by French trappers who collected and traded for beaver pelts in the early to middle years of the 18th century and became familiar with tribes throughout the middle south.

The notoriety of the tree increased famously in 1804 when Meriwether Lewis sent a bundle of sapling trees to Thomas Jefferson. The trees were grown in an Osage village, 300 miles to the southwest of St. Louis, which is in the heart of the Ozarks and was controlled by the Osage as their hunting grounds. The Caddo and other tribes of the southwest who developed the bow trade were never recognized when names were handed out, instead the Osage got the credit.

By the 1840s, settlement of Horace Greely’s “west” (states like Indiana, Iowa, and Missouri) was well underway. But some parts of these states were tree-less prairies, so some way to fence off these wide-open spaces was needed. Starting about that time seeds of Osage orange, now called hedge apple in some corners, began to be promoted to prairie farmers so they could grow a cow-tight hedge around their property. In his 1858 book, Hedges and Evergreens, John Warden writes from Cincinnati that “It is no longer a matter of experiment, whether the Osage Orange will make a fence or not. It is a proved fact that .... a hedge can be grown in four years, so compact that no kind of stock can pass it.” In 1855 one thousand bushels of Osage orange seeds were shipped from Texas and Arkansas to Illinois and sold for as much as $50 per bushel.

But then in 1874 barbed wire (some claim the barbs are patterned after the thorns on a bois d’arc branch) came along and our tough little tree became a post tree. Heartwood of Osage orange wood is the hardest and densest of any tree in the American forest and almost impervious to decay. Blocks of wood cut for foundation beams of many early Texas homes still survive to this day as do old fence posts so hard you can only use baling wire to attach the barbed wire. Staples can’t be driven in once the wood dries.

Then the “dirty thirties” arrived and Mother Nature did her best to blow parts of western Texas, Oklahoma and Kansas away. With FDR’s ambitious plans to fight the ravages of drought and wind, Osage orange found a new life as wind breaks and shelter belts. By 1948 Kansas alone had 96,596 miles of Osage Orange hedge row plantings.

The Arkansas state legislature designated “pine” as the official state tree in 1939. Interestingly, this is about the time the last shortleaf pines were cut out of the Ouachita Mountains. To me, naming pine the state tree is like a builder pushing down all the trees and then naming the streets after the slain giants. Osage orange would make a great state tree and I think every schoolyard in the state should have one growing there. But, as a nod to practicality, choosing a male (non-fruiting), thornless clone such as “Wichita” or “Pawhuska” is probably a good idea, even though we would be giving up the possibility of some epic hedge apple fights.