Roads are important because they introduce change. Seldom do we hear the name of Dwight Eisenhower mentioned, though I think he has impacted American life more than any of the other presidents during my lifetime. Things like above-ground nuclear tests and cold war fade into the background but the Interstate Highway system remains as a visible, everyday reminder of his presidency. 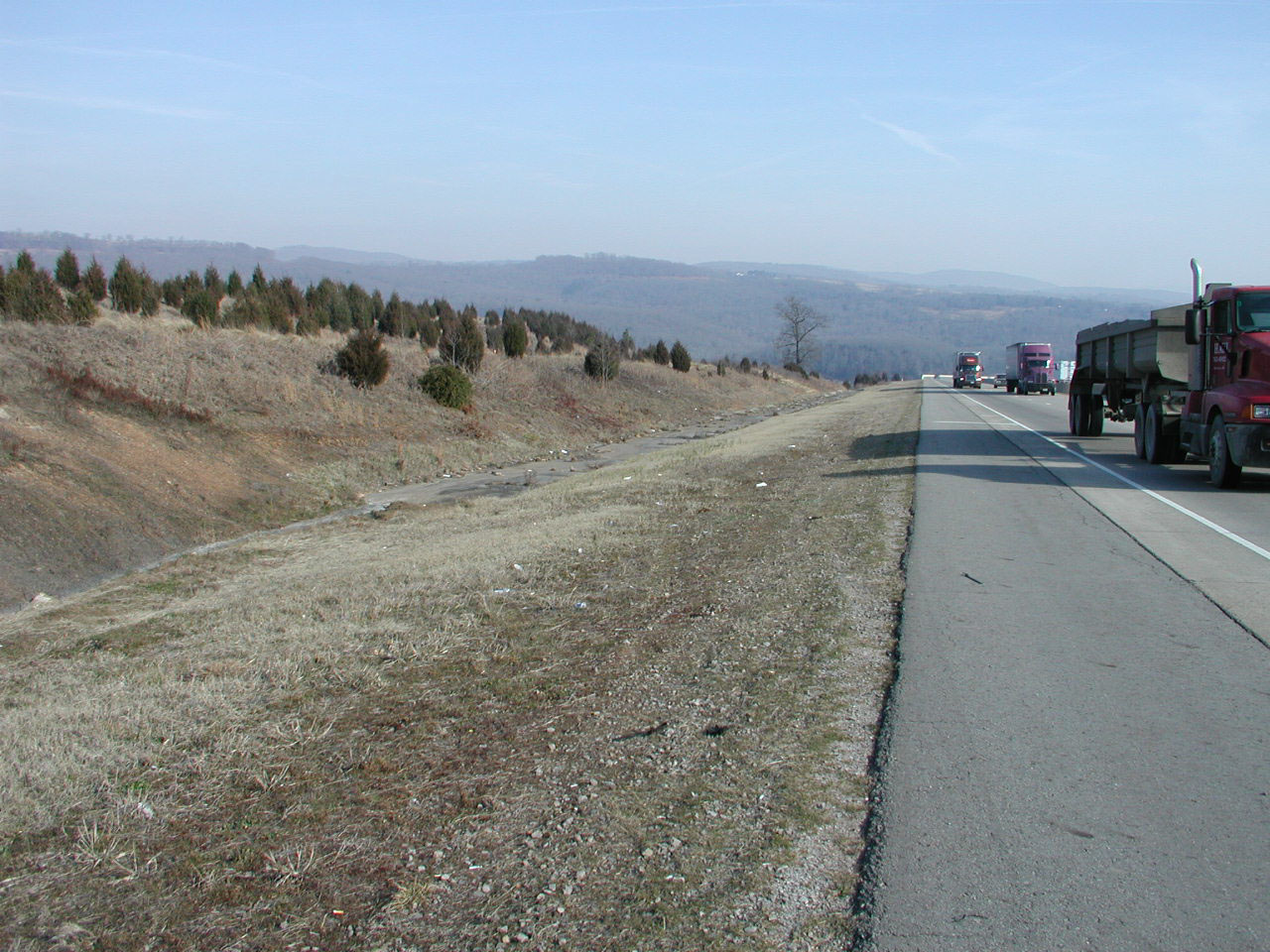 CHANGE ON THE WAY — Like all roadways, the Interstate Highway system changed the land through which it ran. (Photo courtesy Gerald Klingaman.)

So the story goes, Eisenhower was impressed by the German Autobahn road system where U.S. troops fought under his command during World War II. There were federal roads before Eisenhower – think U.S. 64 through central Arkansas, U.S. 1 from Maine to Florida and, most famous of all, Route 66 from Chicago to California – but there were no uniform design standards, thus resulting in a hodgepodge of construction techniques as you passed from state to state.

The 1956 Dwight D. Eisenhower National System of Interstate and Defense Highway System Act provided states most of the money needed for construction of the new controlled-access highways provided they were built according to the required specifications. It was a relatively easy sell because what state wouldn’t want new roadways? Routing choices, especially in urban areas, were controversial and resulted in riots as roadways were laid out as de facto boundaries between racial and social classes. In the wide-open heartland of America, routing choices and the choice of where to build off-ramps picked winners and losers as some communities were close to the action while others were bypassed. The initial phase of construction was declared complete in 1992, but the many changes they wrought came more quickly.

Strip malls, fast food chains and the ubiquitous truck stops became the front doors to every community across the land. Greg Brown laments in his classic 1994 tune, The Poet’s Game, about the coast-to-coast appearance of strip malls in just 30 years’ time and wonders why good change takes so long. Roadways are a kind of flesh wound to the landscape, disrupting the established order of things and quickly introducing elements of change.

This is nothing new. Here in my corner of the Ozarks the Old Military Road – later called Old Wire Road, Telegraph Road or Butterfield Coach Road – pushed through the wilderness in the 1820s from St. Louis, Missouri to Fort Smith. Its ascribed purpose was as an overland supply route for the fledgling fort on the Arkansas River, but its impact was much greater. A few white settlers followed the roadway in the early years followed by thousands of Cherokee Indians in the 1830s as they were forcibly marched from their eastern homelands to far-off Indian Territory.

We are now witnessing the impact of roadway incursions into some of the last undisturbed tropical jungles of our planet. Some are government-sponsored roads while others are wildcat strikes with the extraction of the high-value timber their goal. Regardless of the cause, these wounds open areas for rapid change. In a decade, a virginal forest can be felled and replaced with pastureland or a soybean field. The development of Arkansas’ agricultural economy is not so very different from what is going on in the Amazon today, but we like to fool ourselves into thinking we are more enlightened today and would do things differently. Well maybe, but I doubt it.

Just as the railway industry a century earlier was subsidized by generous grants of Federal lands, the trucking industry was the benefactor of all the Interstate spending. Faster, cheaper transportation can’t alone be blamed (or credited) for the homogenization of America, but it certainly was a factor. It seems we are again on the cusp of major societal change but maybe this time we’ll do a better job of managing the transformation to have less impact on the environment and figure out ways to live more sustainable lives.