A couple of weeks ago I made my way to the football stadium on the UofA Fayetteville campus to see a giant Christmas tree as it made its way from California to Washington, D.C. The weather was good and there was plenty of parking so the experience was a pleasant one. Well, as pleasant as you would expect seeing an 84-foot white fir lying prone encased in a plastic mesh shroud. There are many ways we use our natural resources, and cutting them for Christmas trees must be one of the most primal uses. 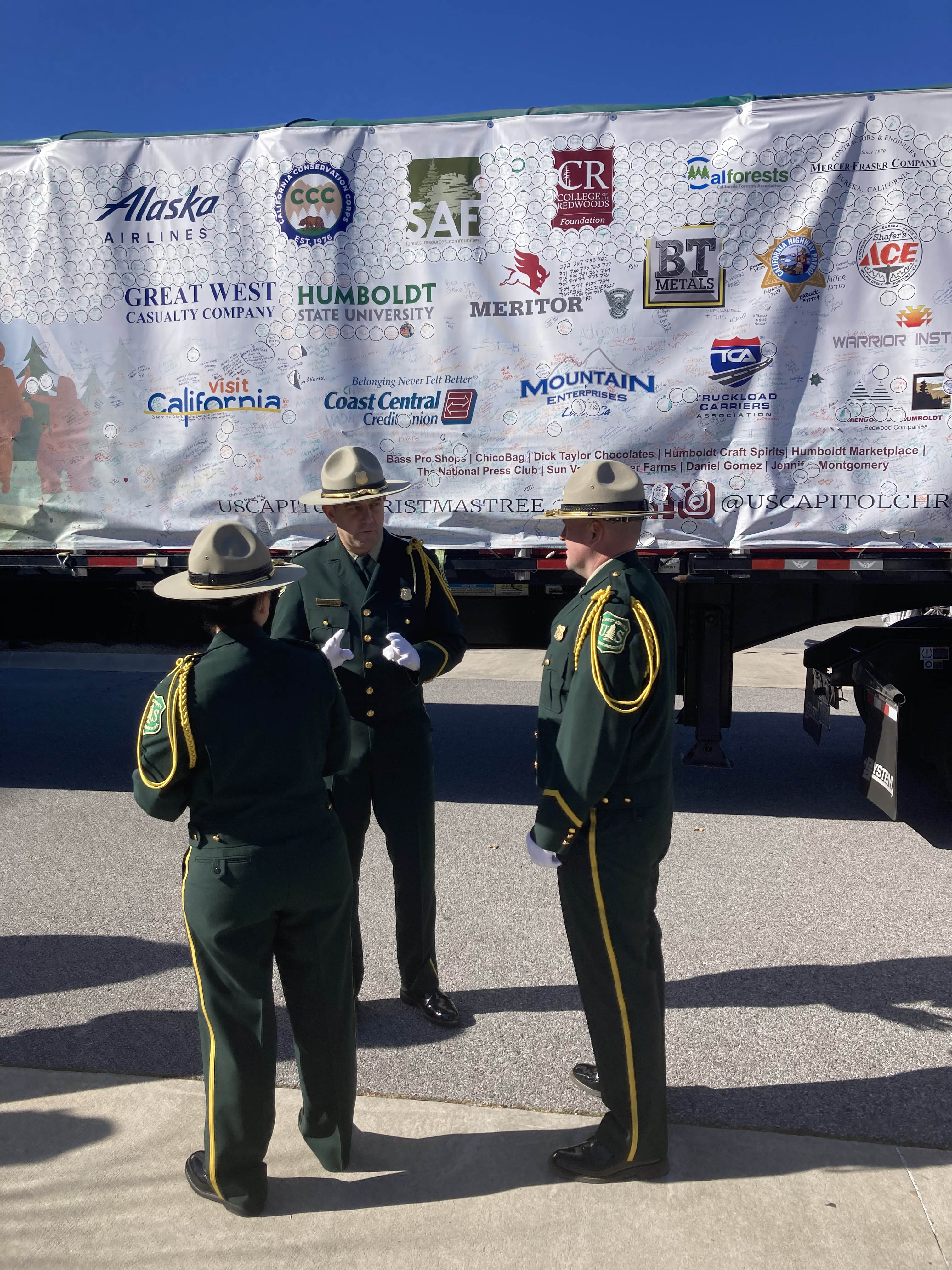 EN ROUTE — The tree called “Sugar Bear” made its way through Fayetteville on its way to stand on the U.S. Capitol grounds as the Capitol Christmas tree. (Image courtesy Gerald Klingaman.)

In this time of political division and seeming congressional dysfunction, it is good to know that the tree arrived safely at the U.S. Capitol and now shines bright during the holiday season. The tree came from the Six Rivers National Forest in northern California and was escorted across country by 18 people, including an honor guard of forest rangers. The rangers accompanied the tree rotate on its 3,500-mile journey across country, but at least one made the entire trip.

Moving such a tall tree across country is no simple task. The cut base of the tree is 26 inches but a standard semi-trailer is only 55 feet long, so some special provisions were needed. Turns out there is a special trailer which can be expanded to about 90 feet that is used just for this single purpose. Trucking companies compete to haul the tree and rotate from year to year.

The Capitol Christmas tree project is funded by a number of organizations and many sponsors, so tax money is not used. The first official Capitol Christmas tree dates back to a failed attempt to transplant a live tree to the grounds in 1963. Since 1970 the US Forest Service has been donating a tree to the cause, rotating through their nine national forestry districts. This is the fourth tree California has sent. Because of COVID, the selection process was virtual, evaluating the trees by drone flyovers and on-site information provided by local rangers. Arkansas, alas, has had no trees selected because our conifers just don’t have the proper Christmas tree shape.

I have always envisioned some enormous Christmas tree stand supporting the tree, but the Architect of the Capitol who oversees the project has a simpler plan. They dig a four-foot-deep hole, drop the trunk in and then fill the hole with concrete. A couple of guy wires finish the job.

To decorate the tree, California school children were tasked with making 15,000 individual Christmas ornaments that were added, along with thousands of lights, to provide a properly festive air. The Speaker of the House has the honor of lighting the tree each season which took place on December 1. Along with Speaker Pelosi, fifth-grader Michael Marvis from Del Notre, California, flipped the switch. Michael won the honor in an essay contest, saying in part “We, the People who live in the tree’s symbolic shadow, hope that its beauty and grandeur provide a beacon to America and a reminder on this Christmas, that all things are possible.”