Intersections of biology and culture have been a principal interest of mine for a long time. When you overlay that with art, another interest, the appeal is magnified. I mention this because last spring I purchased a small Plague Doctor sculpture by Missouri artist Dennis Thompson. His plague doctor series was created in 2020 and is a dramatic departure from his fantastical dragon egg sculptures I’ve admired for almost 50 years. In these times of COVID, let us explore how plague doctors’ masks and sassafras trees overlap. 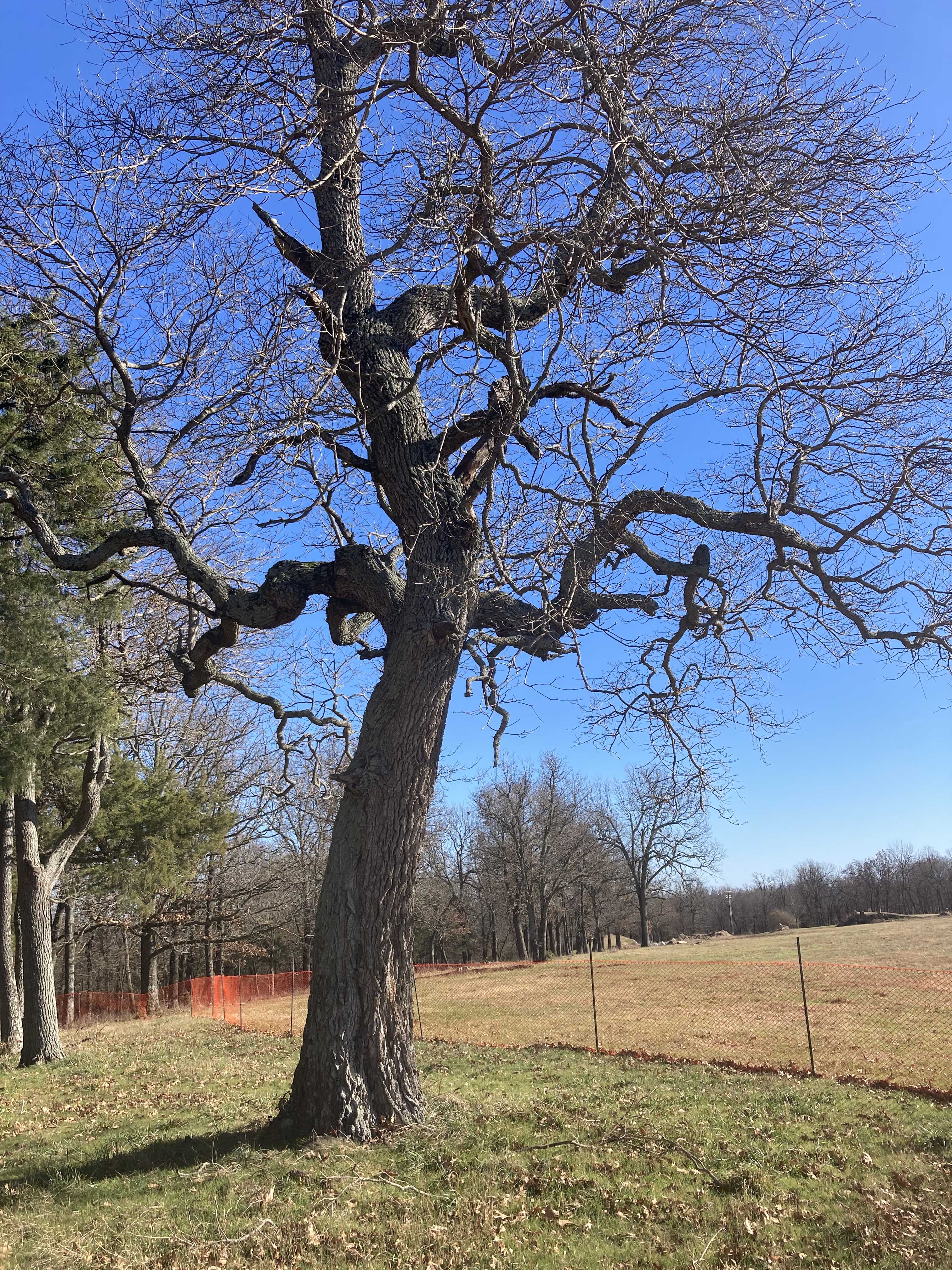 STANDALONE — Sassafras is seldom seen as a large tree but there are still a few of them around. (Image courtesy Gerald Klingaman.)

The mid-14th century bubonic plague outbreak that killed half of Europe was but the first of many plague outbreaks that cycled through the world, with the last occurring in the 1720s in France. The first mention and description of the plague doctor garb – the long bird-like beak, the flowing floor-length robe and a brimmed top hat – was by King Louis XIII’s physician who described them in 1619 during a plague outbreak in Paris. How and when the garb came to be is a mystery but it is known that the long bird-like beak with two holes for breathing through were often stuffed with herbs, spices and other odiferous things to disguise the stench of disease and supposedly protect the doctor.

Which brings us to sassafras. A friend and I happened upon an especially large sassafras at Fayetteville’s new Centennial Park a few weeks ago. This was the largest of three mature sassafras trees I had encountered in my rounds in the past few months. This was unusual because I had grown accustomed to thinking of this tree as growing in thickets with a number of small suckers, not large stand-alone trees. Like other trees that sprout readily from the root system – persimmons, black locust, ailanthus, silver poplars, and a few others – these sproutlings never seem to attain the stature of the original tree once the parent tree is felled.

Sassafras trees can attain considerable size. The Arkansas record tree is in Baxter County with a circumference of just more than 16 feet and a height of 46 feet. The national champion is found near the banks of the Ohio River in Owensboro, Kentucky. It is 21 feet around with a height of 62 feet. This champion tree was protected by a shotgun wielding housewife in 1957 when a highway widening project almost saw it pushed out. So the story goes, the governor intervened and a small retaining wall was built to save the tree.

In his classic book, A Natural History of Trees, Donald Peattie (second edition 1964, Bonanza), tells us that sassafras was a tree that found early importance as Europeans began to scour the New World for her riches. Based on accounts in the 1574 book (Joyful News Out of the Newe Founde Worlde) by Saville’s doctor, sassafras is described as a panacea for a host of ailments; everything from malaria to gout. Florida Indians introduced it to the French who shared the information with the Spanish who shared the good news with the rest of the world.

Besides basic gullibility and complete ignorance about the biological nature of common disease, sassafras had its pleasant odor to recommend it. For centuries, foul smells (humors), were thought to cause disease so anything that masked these odors was deemed helpful in curing disease. So from the late 16th century until about 1620, tobacco and sassafras were considered miracle cures provided by the bounty of this new found world. But like other panaceas before and since, sassafras didn’t live up to the hype. Whether sassafras oil was ever used in the potpourri crammed into the beak of a plague mask is not known, but it is the kind of “new and improved” thing that would likely have been tried.

Sassafras wood has long been used to ward off insects such as lice by using it in flooring and in chicken coops as a roosting board. An endearing use was for building early American cradles, probably in the thought that it can’t hurt and might help. Once its use as a medicine fizzled, oil was extracted from the roots and wood which was used in perfumes and soap. Early root beer was flavored by a sassafras extract and sassafras tea, made by steeping small sassafras roots, was popular fifty years ago even though the government had declared the oil extract carcinogenic.

So the next time you brush up against a sassafras in the wild, crush a few leaves and conjure up the many stories its spicy fragrance can evoke.