Preserving Land — and the Grand Staircase-Escalante
skip to main content

Preserving Land — and the Grand Staircase-Escalante

Today there were eight of us huddled under the awning of a small museum in the town of Boulder, Utah watching it rain. The museum employee informed the group, including a local cowboy who had stopped by with his family for lunch and was wearing honest to goodness spurs, that we were seeing the first rain of the year. 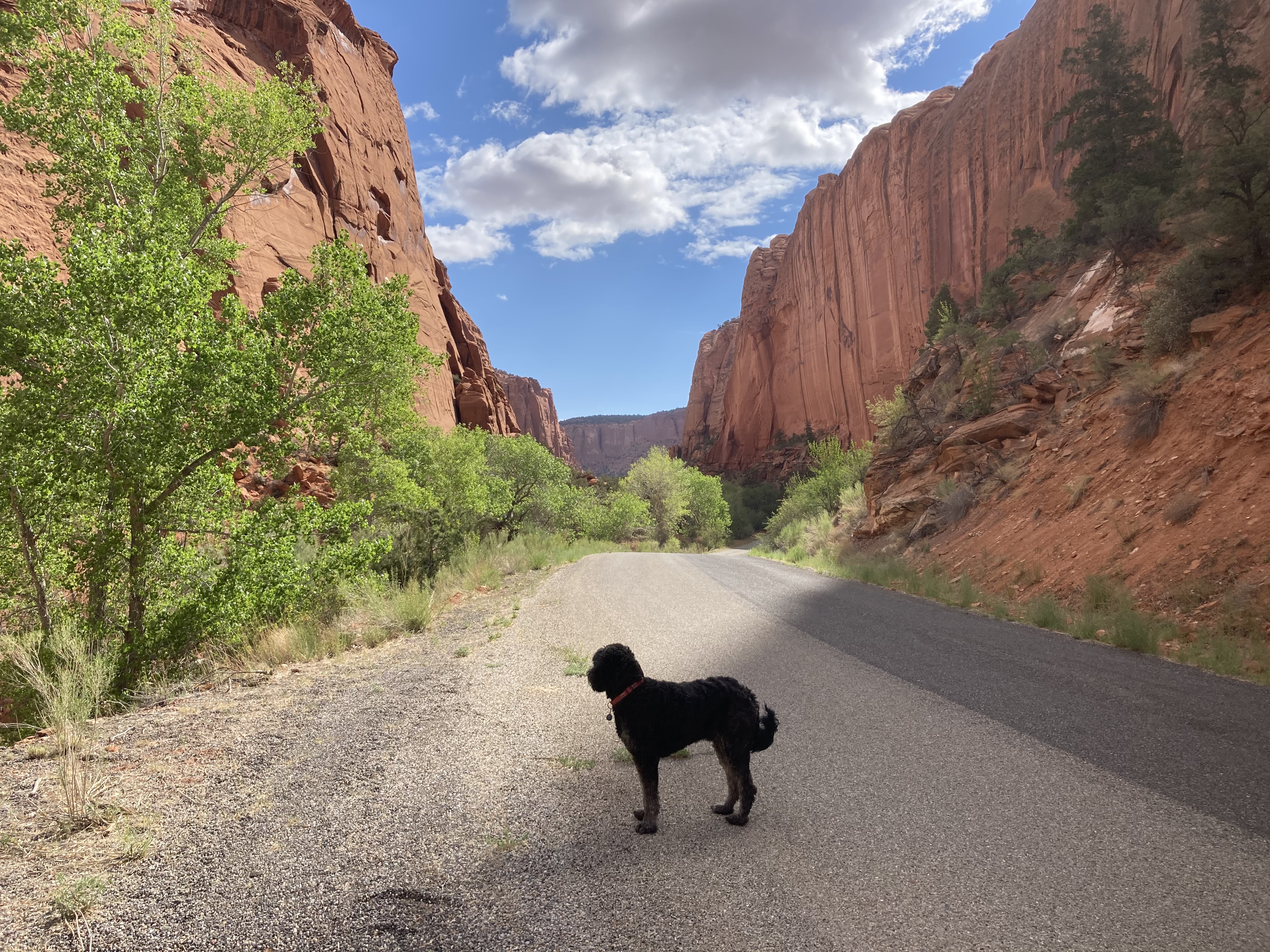 CANYONEERING — This steep-walled canyon is just one of the many features of the Grand Staircase-Escalante National Monument.  (Image courtesy Gerald Klingaman.)

I had come to this small, remote community to see their Anasazi Museum and learn more about the Grand Staircase-Escalante National Monument. This remote corner of south-central Utah has a connection to Arkansas, because it was President Clinton who created it by presidential decree in 1996. He set aside 1.9 million acres in a surprise move, relying on the 1906 Antiquities Act, to prevent the opening of a coal strip mine in the middle of the largest track of wilderness in the lower 48 states.

This move was lauded by environmentalists and condemned by state officials, ranches and mining interests. By 2009 Congress had stepped into the fray and, by swapping some Federally owned land for some state land and paying some $50 million to the State of Utah, the National legislators officially approved the newly created National Monument that is administered by the Bureau of Land Management. Then in 2018, President Trump, by presidential proclamation, reduced the size of the Monument by almost one half. Lawsuits, of course, are still pending.

I had a captive audience under the canopy, so I asked what the locals thought about the creation of the National Monument. The cowboy, replied, “Ain’t nothin’ changed. About the same as it has always been.” The museum employee, herself married to a cattleman, said “About half the people support the Monument, about half oppose it. The problem is we have no infrastructure. We even have volunteer emergency services. We just aren’t set up to handle lots of people.”

My morning coffee at the liars table at a local cafe produced similar responses. There were three of them; an artist, a good old boy who had considered running for elected office and a government employee of some sort who would correct statements when they got too far from the actual facts.

Locals didn’t like the idea of people from far off Washington deciding what happened to their land but they all supported protecting the land. It was that very infrastructure that divided them. Paving roads, said one, will only open up the land and bring in more people. Another said, but the ranchers want more paved roads to make their life easier, but they are not fans of the National Monument designation. A third thought that maybe some mining should be allowed because cobalt was going to be important as we transition to electric cars. All agreed that coal mining and oil and gas drilling was never likely to be big because there is just no water here. And fracking and most forms of mining require water.

I tried to make contact with BLM overseers at two visitors centers, but both seemed “closed for the season”, so I’m missing this important piece of the conversation.

A three-day visit hardly makes me an expert on the Grand Staircase-Escalante, but I will share my opinions and observations. First, this is a big piece of land at the heart of the rugged Colorado Plateau. The state of Delaware has just over 1.2 million acres, but with 1.9 million acres this place probably has fewer than 10,000 people. Probably much fewer. After spending half an hour looking for a proper breakfast today, I ended up at the Subway at the local gas station. I was the only customer, so I asked, “Is this the slow season?” “Oh no, we’ve been really busy since March.” Busy? Officially, the monument gets 800,000 visitors per year, but spread over such a vast landscape, they get lost.

My second observation is that the Monument has a fragile beauty equal to that of nearby National Parks. Boondocking in some of this back country, I was struck by how fragile the land is. The rocks may endure, but the dusty land is like talcum powder. Campsites that have only a tiny fraction of the traffic as the roadways, are as devoid of vegetation as the long, washboarded dirt roads.

This Monument is in a state of metamorphosis. It will probably never see the crush of visitors as nearby parks such as Brice Canyon or Zion, but without some controls and rule setting, that which we treasure and strive to protect will be severely damaged. Tough choices lie ahead about allowing people to do whatever they want with the land versus controlling some activities to ensure a more sustainable future.