The dog days of summer are upon us. Those steamy, miserable days of late summer when the temperature and humidity meet in the 90s and all a body wants to do is find a cool place to lay in the shade. These muggy days come complete with a soundtrack for the season — the buzzing, whining and whirring of cicadas. Though I find a lot of names listed for them on the internet, I’ve only personally heard them called one thing: The dog day cicadas. 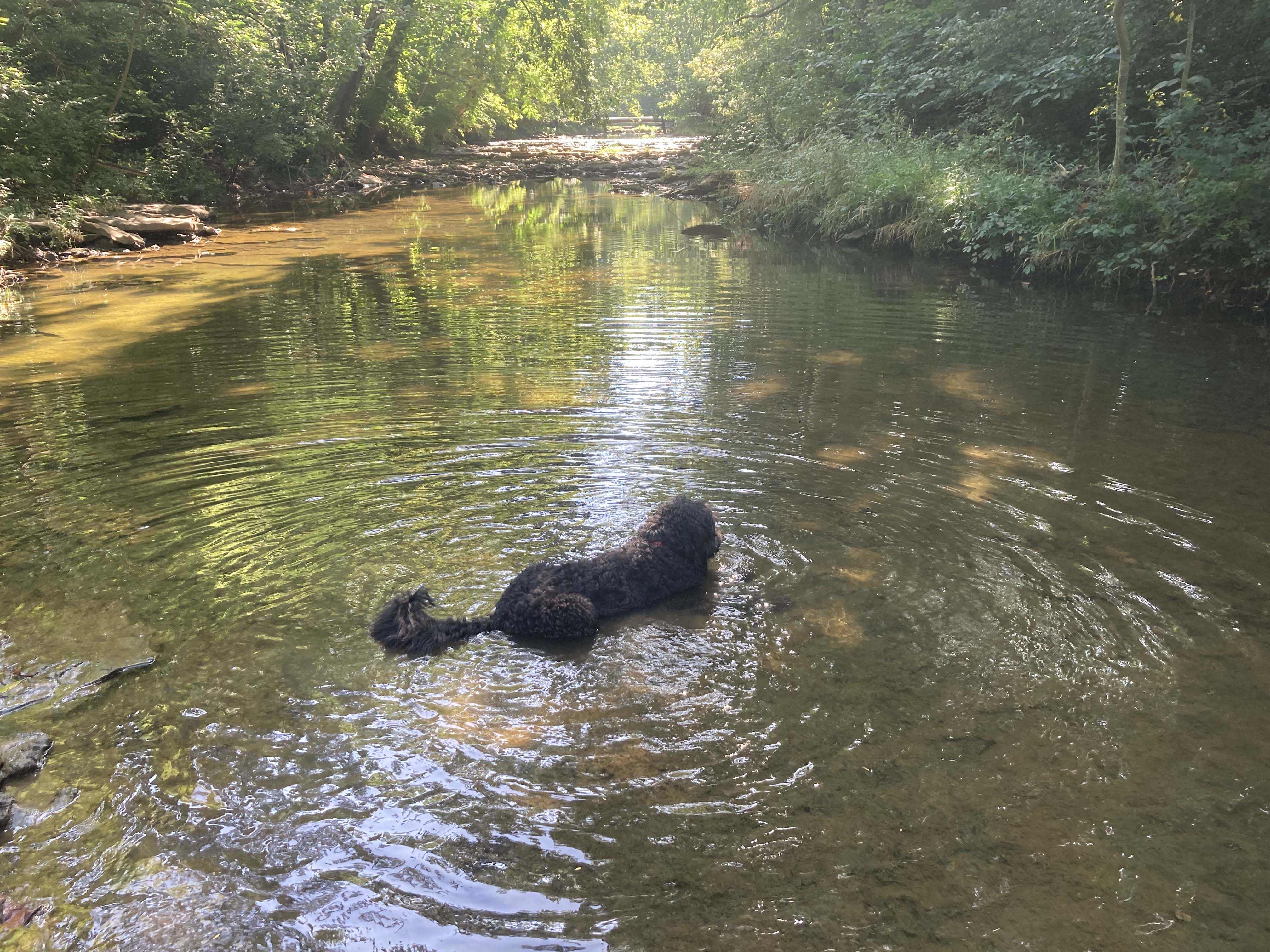 DOG DAYS INDEED — During the dog days of late summer, all the body craves is a cool place in the shade. (Image courtesy Gerald Klingaman.)

The dog day reference comes from an astronomical phenomenon, the rising of the dog star Sirius at dawn into the sunny sky of summer. The star can only be seen in the winter months when the days are shorter, but it’s rise above the horizon in late summer heralds the start of the dog days.

The officially recognized dog day cicada (Neotibicen canicularis) is a northeastern species that is most concentrated in the upper Midwest and into Canada and seems to prefers conifers, not hardwoods. It occurs in scattered ranges as far south as North Carolina and the Ozarks. But only the experts need concern themselves with the true identity of a specific cicada. As many as two dozen species of cicadas have been described in Arkansas, with most of them summer singing annual or, as commonly called, “dog day” cicadas.

To call them annual cicadas is misleading because few, if any, complete their life cycle in a year. Most are said to live below ground three to five years before maturing, but of these some emerge every summer so they are annual in that sense. The annual emerging species contrast vividly with the periodic cicadas that emerge in massive numbers every thirteen or seventeen years.

The cicada life cycle begins with the females laying eggs in slits in small branches during the summer. These hatch in early fall and the larvae falls to the ground, digs down and attaches itself to a tree root where it remains for years — sometimes a few, sometimes many. Underground it grows, molts and at maturity emerges to the surface, leaving behind a pinkie-sized hole. The mature pupae crawl up a tree trunk where it sheds its skin one last time and flies off as an adult.

The ones we hear buzzing in the tree tops are the males that are using their song to attract females. Each species has a distinctive sound, but I’d never be able to separate them by their song. I was going to take a photo of the ones I heard last weekend, but they were most uncooperative because they hung out at the top of the trees. The periodical cicada adults live for 10-16 weeks, whereas the dog day cicadas only survive six to eight weeks.

Brood X of the 17-year periodic cicada emerged this year, but it didn’t have much impact in Arkansas. Brood XIX for the 13-year periodic cicada will emerge in northern Arkansas in 2024, so we will have to wait a few years yet for the fun. The last emergence we had in the state was Brood XXIII, which made an appearance in 2015.

Cicadas are part of the seasonal rhythm of our year. When we hear their cheerful noise in August, you know cooler weather and the first rains of fall can’t be far away.