Far From the Maddening Crowd
skip to main content

Far From the Maddening Crowd

The morning after I arrived home from my two-month-long foray into the scantly populated West, I awoke to the roar of chain saws as a wooded lot less than 150 feet from my front deck was being cleared for a new house. Mine is a 50-year-old neighborhood, so this kind of infill was a dramatic disruption to the status quo. 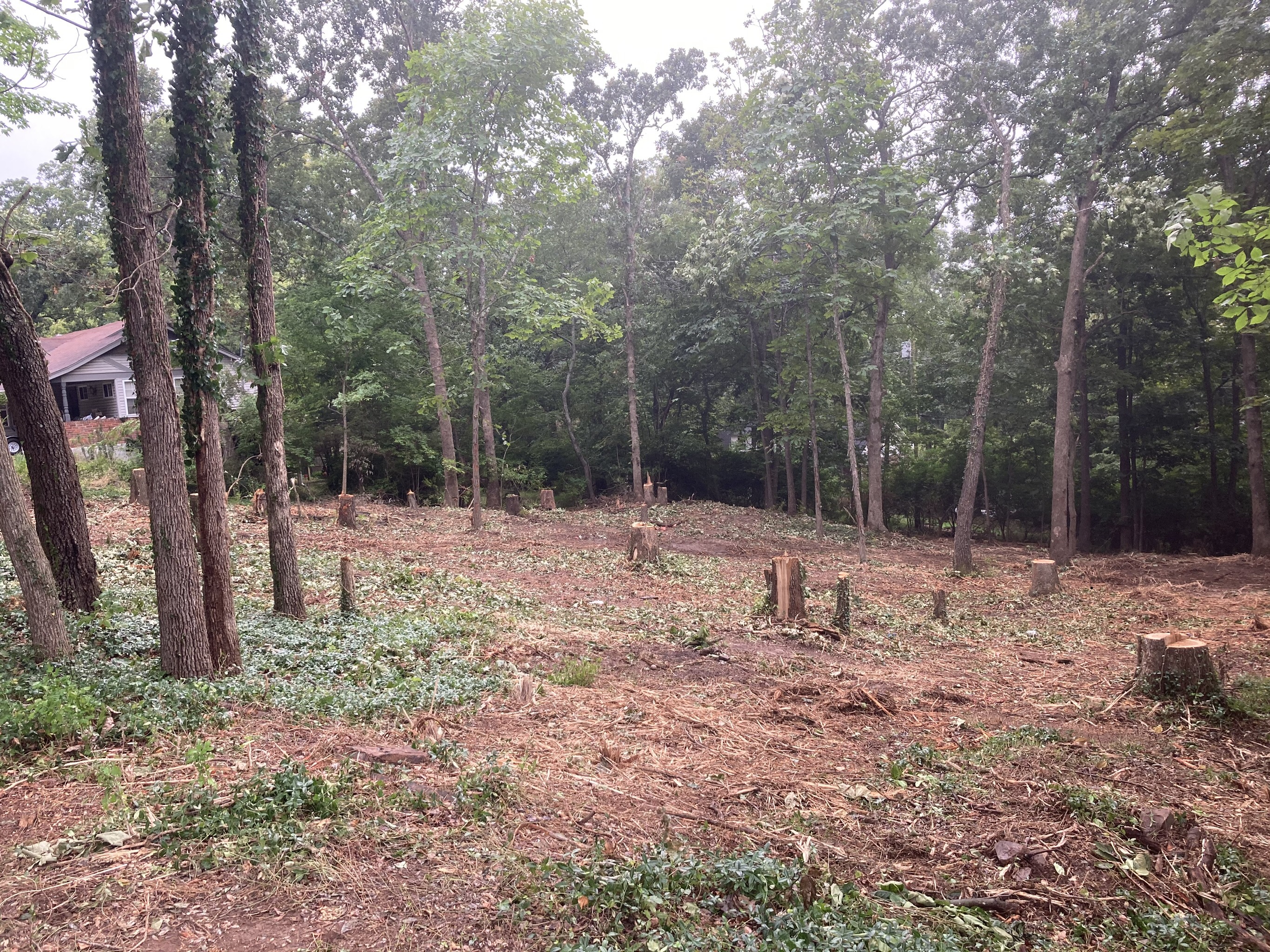 My reaction was pretty mild. Ours are mostly old school half-acre lots, so the new house would not be right on top of me. But I was sorry to see so many modest sized oaks felled to make room for the foundation. Another neighbor was concerned for the doe and her two fawns, but I was secretly glad to see them go because their kin destroyed my beautiful front yard hosta bed a few years ago and have ruthlessly attacked anything I tried to plant back.

For me the question of how much space we need for ourselves and for nature is more than just academic. I’m downsizing my life. Attempting to simplify things. Trying to live with a smaller footprint and have less of an impact on the world around me. At my age this cannot be misconstrued as a noble gesture but as a surrender. Like Sisyphus, I’m tired of pushing the boulder up the hill. Time for a smaller hill, a smaller boulder or both.

Humankind is a social animal selected by the forces of evolution to live in small family groups. As our societies developed over the past 10,000 years, these family groups banded together for protection and so that we could eventually sell life insurance to one another. We are not territorial like a robin defending its patch of lawn, but instead have a home range where we allow others to come and go so long as they follow established social norms and don’t invade our personal space.

Looking at a range of Arkansas communities, I found densities ranging from 490/sq. mi. (Huntsville), to 931 (Berryville) to hot spots such as Bentonville with 1850 souls per square mile. Communities not changing much in population ranged from 500 to 800 people per square mile while growing communities were about twice as densely populated. But, in reality, the densities we have here in Arkansas reflects communities in the sprawling mode, not one where upward growth is a consideration.

Densely packed cities like New York City (27,000 per sq mi), Mexico City (16,000 or 66,000 if you consider the metro area), Hong Kong (17,500) or London (14,800) first went through the sprawling phase and then built up for high rise living. I remember flying into Hong Kong before they built the new airport and seeing people eating dinner in their high rise apartments as the plane settled onto the runway. Now that is high population density. Most of us from small-town America might enjoy visiting a big city on occasion, but we don’t want our neighbors quite so close.

So, I’m glad for the infill that is going on here in my community. I visited a cousin who lived on a five acre farmlette in New Mexico. The road to his house was lined on both sides with miles and miles of these small parcels, each too small to farm and too large to mow. Unfortunately, the land was rich Rio Grande bottomland that had been subdivided 30 years ago for housing. I hate seeing prime farmland carved up for housing, even though the notion of having some extra elbow room and fleeing from the maddening crowds is understandable.