On the Ozark Dome

On the Ozark Dome

I’ve been feeling the urge to roam as winter presses in on me, so last week I took off to follow the Butterfield Trail to its source at Tifton, Missouri. Along the way I drove across a wide swath of the Ozark Dome, the dominant geological feature of the mid-south that is west of the Mississippi River. On this short trip I relearned the fact that it is hard to notice things when you drive by at highway speeds. 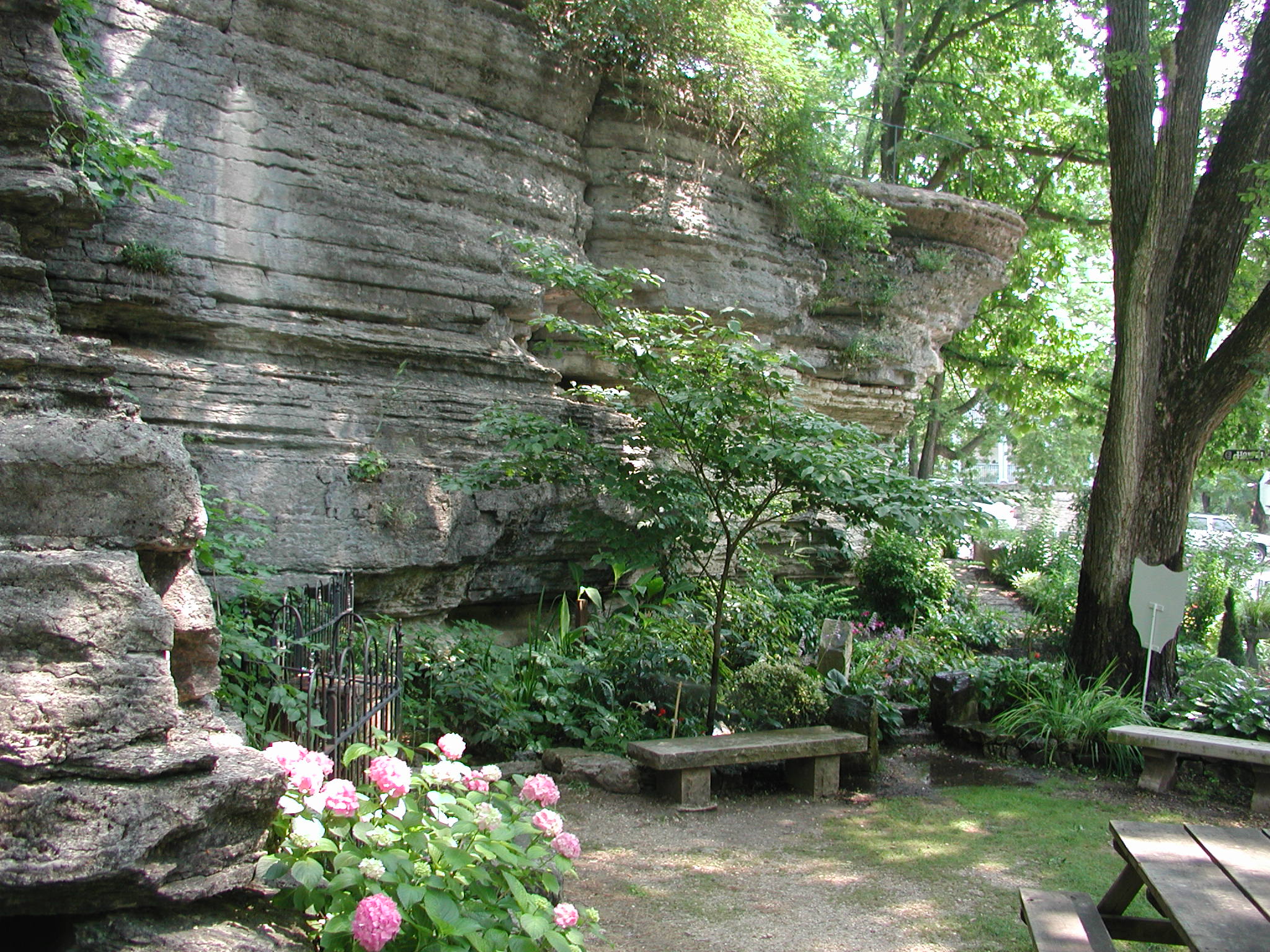 A TALE OF TIME — The Eureka Escarpment is a boundary line dividing the Salem Plateau of the Ozark Dome from the Springfield Plateau. (Image courtesy Gerald Klingaman.)

I left my home on the edge of the Boston Mountain district of the Ozarks, headed north and then east onto the Springfield Plateau and, just north of Springfield on a rainy afternoon, crossed onto the Salem Plateau of the Ozark dome. While I’ve made this drive several times before, I thought the four geology classes I’d taken since my last trip would heighten my understanding of what I was seeing. Not so. The Missouri Highway Department loves to blast their roadways through beautiful layers of rocks stacked neatly like a pile of pancakes, but at road speeds they are just that. Layers of rocks.

The main purpose of this trip was to follow the old stagecoach line, a short-lived venture that spanned a distance of 2,800 miles but was used for only three years before the outbreak of the Civil War put a halt to it in 1861. The first thing I noticed was that travel on the old road would have been much easier on the Springfield and Salem plateaus than in the rough, steep Boston Mountain section.

The Ozark dome is an old geological feature that rose up when the Ouachita Mountains in western Arkansas and eastern Oklahoma were formed. Tectonic forces pushed the combined landmass to the south (present day South America and Africa before they cleaved into two continents) into the North American plate about 300 million years ago. The high point of the dome, and the core of the uplift, are the remnants of the ancient St. Francis Mountains of southeastern Missouri. The dome of the uplift and its underlying layers of rocks slope gently to the south into the Arkoma Basin which separates the Ozarks and the Ouachita Mountains along the Arkansas River.

The oldest sedimentary rocks in the middle of the Salem Plateau date to pre-Cambrian age (older than 550 million years) while the youngest, the sandstones and shales of the Boston Mountains, are of middle Pennsylvanian age (about 310 million years old). As a guess, there might be (or might have been) about 8,000 feet of rock uplifted when the Ozark dome formed. But nature hates high points, so as soon as it rose up, wind, water, ice and time did their best to flatten things out.

Driving over the landscape of the Springfield and Salem plateaus today give little hint that the underlying rocks are of different ages. In both cases the terrain has gently rolling hills and, until you enter a major drainage area, mostly free of rocks. Though on roadcuts you see that the rock layer is thick and fractured while the overlying layer of soil is thin. Mostly the old roadway went through pastureland that was punctuated by large stands of oak-hickory woodlots that perfectly mirrored that found in the Ozark National Forest. The grasses and trees could sink their roots into the fractured rocks below but row crop agriculture was more difficult on the shallow soils. In the bottomlands where soil accumulated, row crop farming was more profitable but grazing mostly occupied the high ground.

The geological distinction between the three regions of the Ozark dome is the age of the rocks at the surface. The Salem Plateau has the oldest rocks, meaning that the younger rocks once stacked above them have eroded away. Mostly these rocks are thick layers of limestone and dolomites that date from 550 to 440 million years ago, a timespan so early in the history of life that these rocks are not especially fossil rich.

The Springfield Plateau is younger, mostly of Mississippian and Devonian age rocks when life in the seas was more plentiful. The Boone Limestones, named for Boone County in north Arkansas, are often well-populated with fossils, especially crinoid stems. The deep roadcuts around Branson have the younger, more fossil-rich deposits at the top of the cut with the older, fossil-poor deposits near the roadbed.

Where are the dinosaurs, you wonder? There is no way of knowing for sure if dinosaurs ever roamed the Ozarks. We have none – I mean none – of the rocks of the right age in the Ozarks that would encase bones or footprints. The Ozarkian geological record stops about 315 million years ago, leaving behind no trace of what might have happened in the intervening eons. Presumably rocks formed during that enormous span of time, but all evidence has been erased.