It has been about a century since what forest historians call the “era of forest exploitation” ended in Arkansas. Just as described in John Prine’s classic tune Paradise, “Mr. Peabody’s coal train done hauled it away,” the same thing happened to Arkansas timber. The arrival of railroads in the 1880s permitted out-of-state interests to move in, set up saw mills to cut and haul the resources away to distant markets in the Midwest and East. 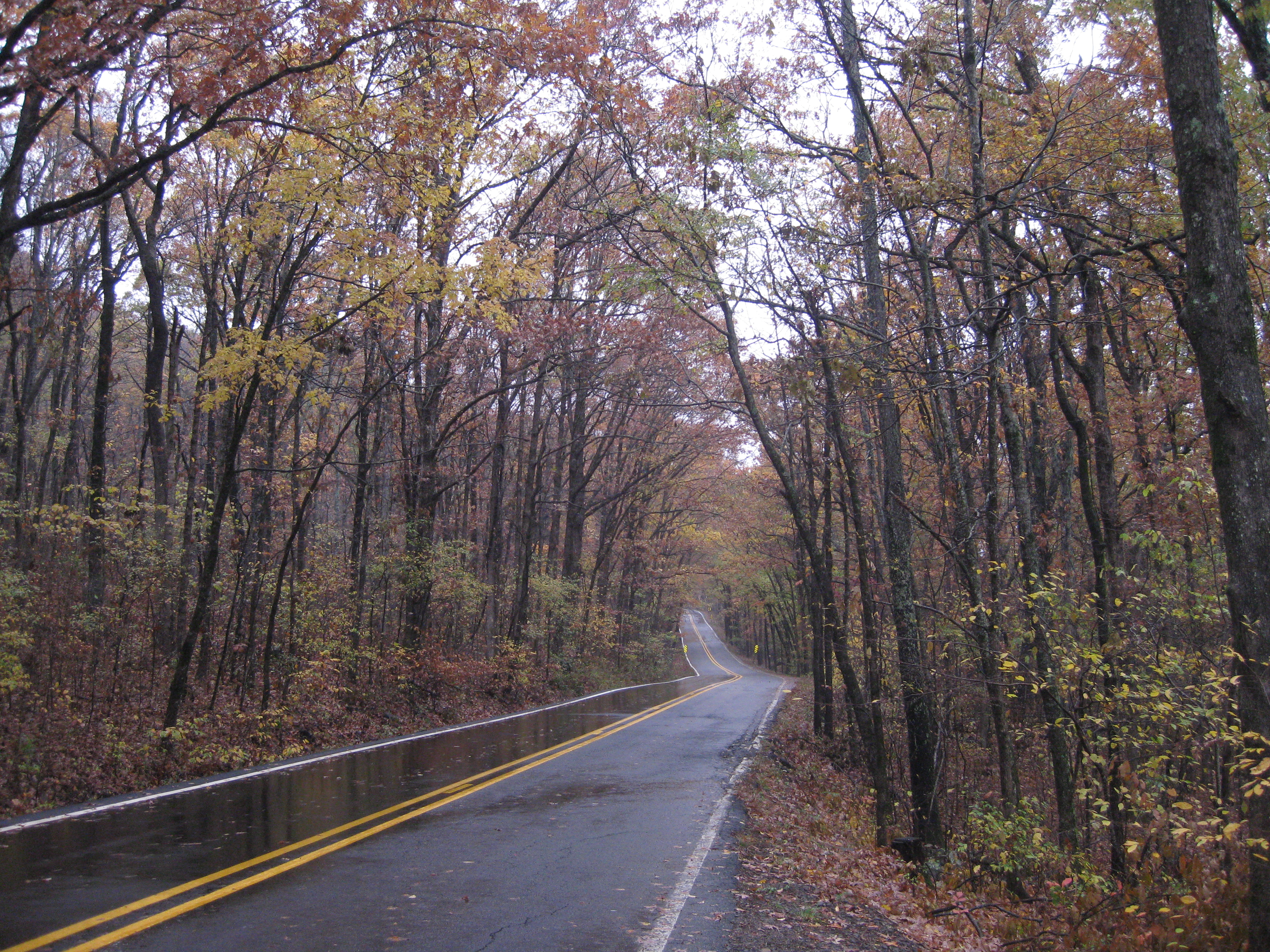 ON THE ROAD — The trees along the Pigtrail in the Ozark National Forest are inspiring but they are less than a century old and lack the stature of the virginal oaks that once covered the hills and hollows of Arkansas. (Image courtesy Gerald Klingaman.)

The Ozark biome reaches into parts of four states. Missouri, with less steep terrain and where railroads arrived first, experienced its era of forest exploitation a decade earlier than Arkansas. By 1908, when Teddy Roosevelt established the Ozark National Forest in Arkansas by presidential decree, nearly all of the Missouri forests had been cut whereas considerable amounts of the rugged Boston Mountain region of the Ozarks remained unassigned and mostly in their pre-settlement state.

Teddy Roosevelt is considered the “conservation president” because he sat aside 230 million acres of public land during his tenure, 150 million as National Forest. During this time he wrote, “We have become great because of the lavish use of our resources. But the time has come to inquire seriously what will happen when or forests are gone…” To help in the scientific management of all these public forests, he established the Forestry Service in 1905.

Arkansas residents then and now were skeptical, if not outright hostile, to the “I’m from the government and I’m here to help you” approach taken by federal agencies. Though the forests of New England, the upper Midwest and much of Appalachia were gone, the general consensus of the citizenry at large was that American forestry resources were inexhaustible. Just as we see happening in the West today over public land use, Arkansans a century ago didn’t want outsiders coming in and taking “their” forest land away from them. For a couple generations locals had hunted, grazed and harvested timber from this public land pretty much at will.

Every Democratic politician running for office in Arkansas was opposed to the National Forest. Homesteading had been allowed in the Ozarks, but because not all of the timberland had been adequately surveyed and recorded, ownership claims were often disputed. And when eminent domain laws were used to take inholdings in the forest, there was wide disagreement about the value of the land. Things were contentious. The Arkansas legislature voted by a 2-to-1 majority to overturn the National Forest plan in the state. In 1909 the Taft administration took over and the size of the Ozark National Forest shrank by half a million acres.

Meanwhile the Forest Service was staffing up and getting established. Roads were terrible, the acreage each ranger oversaw was vast and they weren’t very popular with the locals. Then in 1910, “the great burn” happened in the northern Rocky Mountains, destroying the timber on 3 million acres of land. Fire prevention suddenly became the number one priority of the new Forest Service.

Fire had long been a part of land management in the Ozarks, but before the period of forest exploitation, the trees were more widely spaced and there was less fuel on the forest floor. But after cutting there were a lot of treetops littering the ground and stump sprouts and seedlings grew with abandon. These later fires were hotter and killed or damaged younger trees that were trying to become established on the cutover ground.

So, starting in 1911, fire prevention became an important priority in the Ozarks. But fighting fires required lots of labor so locals were hired to control local blazes. This didn’t end well. As there were few employment opportunities out in the hinterland after the sawmills had moved to new locations “job fires” became a major problem. Locals would start fires so they would be hired to put them out. By 1913 this had become so prevalent that the Forest Service stopped hiring locals for firefighting.

By the 1920s most of the prime timber in the state had been harvested. A 1929 estimate stated that 91 percent of the state’s forests had been cut over. Since 1911 with the passage of the Weeks Law, the National Forest Service was allowed to add to its holdings by purchasing land. In 1919 some 42,000 acres of land was purchased from Missouri Pacific Railroad; during the depression more land was added as struggling farmers abandoned their land. By 1978 almost 650,000 acres had been added, creating the 1.2 million acres that now makes up the forest.