The surprise lilies — or naked ladies, if you prefer the more evocative moniker — put on quite a show the last couple weeks in Northwest Arkansas. While these flowering bulbs are not the only plant that blooms during the first week of August, they are probably the most striking. They are often planted in a row so have always remind me of flamingos standing stiff-legged in an African waterhole. 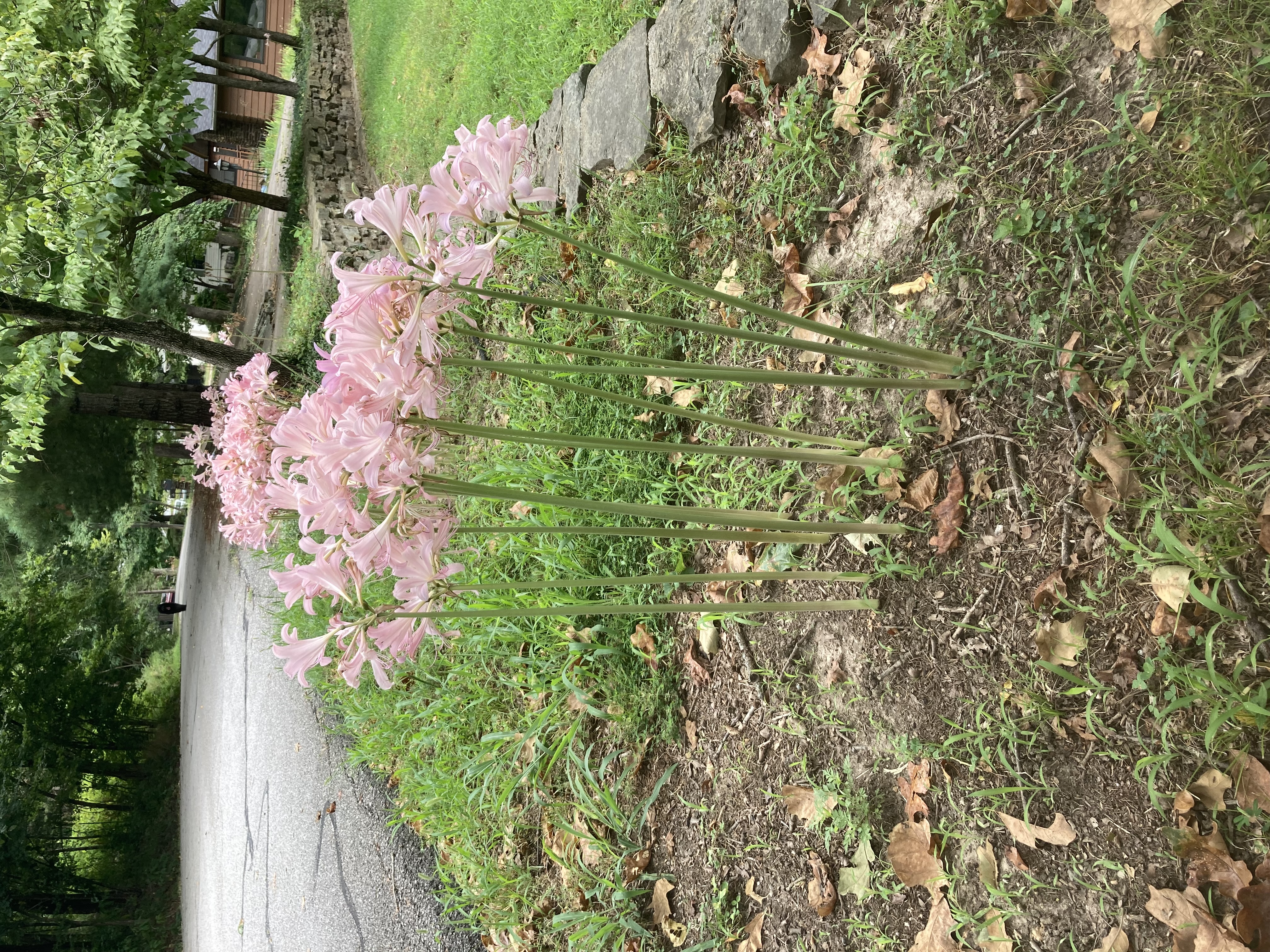 NAKED SURPRISE — Surprise lilies may be a bit gaudy, but they are tough and reliable garden plants. (Image courtesy Gerald Klingaman.)

There are about 20 species of Lycoris found in China, Japan and a couple other Asian countries, but the tall, pink flowered Lycoris x squamigera is the most common in American gardens. They arrived from Japan in the 1880s, probably from a Japanese nurseryman looking for a new market for his bulbs. The red flowered spider lily, L. radiata, seems to have been the favorite of the four early species that were introduced with the surprise lily considered a coarse, second tier plant that offended the taste of refined Victorian gardeners.

But there is something to be said for staying power. These two species are the only common Lycoris seen in gardens today, but the more cold hardy, tougher and, yes, perhaps more gaudy naked lily is much more common. While it is offered in the nursery treadle and on the internet, it is primarily a pass-along plant being shared from garden to garden as it makes its way across the land.

The Lycoris genus is divided into two groups. Species such as the red spider lily produce their leaves in October and they persist through the winter, dying away in April. The other group, including the surprise lily, send up a mound of inch wide, strap shaped leaves in late winter that die down with the first hot days of spring in mid-May. The winter-leaf group are less winter hardy, usually persisting only into zone 6, whereas the spring leaf group are more cold hardy with the surprise lily the most cold hardy of all, persisting into cold areas as far north as Michigan and New England.

The pink surprise lily is an anomaly amongst the Lycoris in that it does not occur in the wild. It has long been known to be a triploid with three sets of chromosomes, and thus sterile. Recent DNA testing has revealed it is probably a hybrid between L. sprengeri and L. longituba. Because it is sterile, it reproduces only by bulb proliferation which is slow but steady. Once planted, the plant persists for decades in sun or shade, good soil or bad.

The surprise lily is one of the most predictable plants I know. It blooms from the last couple days of July to mid-August every year. This is somewhat curious because the weather conditions during the typical Arkansas summer can be all over the place. Sometimes it is a blast furnace, hot and dry, while other years the summer can be relatively wet. How do these bulbs, usually buried 6-8 inches deep, decide it is time to bloom?

Before they can bloom, flower buds must be initiated. Most members of the amaryllis family (to which Lycoris belongs) initiate flower buds in the late summer and fall, undergo a period of rest over the winter when flower bud dormancy is broken, and then bloom in the spring or early summer. Lycoris, in my mind, must do it differently.

First, surprise lily bulbs resent being moved. Usually, when a clump is dug and divided, there will be no blooms the year after the move. Sometimes, if the bulbs have dried out too much, there may be no foliage the first year after transplanting. The southern end of where surprise lilies can be grown is zone 9, the lower gulf coast and into Florida. They make foliage but no flowers.

The flower buds probably form during the early days of spring, develop during spring and early summer and then lie dormant awaiting the signal to grow. What is the signal? In many fall blooming bulbs, a heavy rain will trigger blooming (for example rain lilies and hurricane lilies), but rainfall does not seem to spur blooming in surprise lily. I suspect it is a slow, steady accumulation of heat units that the bulb monitors. When enough time has elapsed (and heat accumulated in the soil), the blooms push up.

Because my tastes are somewhat suspect, I’ve always enjoyed seeing those naked ladies and look forward to their return every August.