One of my reasons for a grand tour of the Rocky Mountain west was to attend the 75th annual meeting of the American Penstemon Society. The meeting, held during the second weekend of July in the mountains around Logan, Utah, was a rousing success despite the devastating drought and heatwave that has afflicted these always-dry lands. Above 8,000 feet things were lush and green; below 6,000 feet all was crunchy brown. 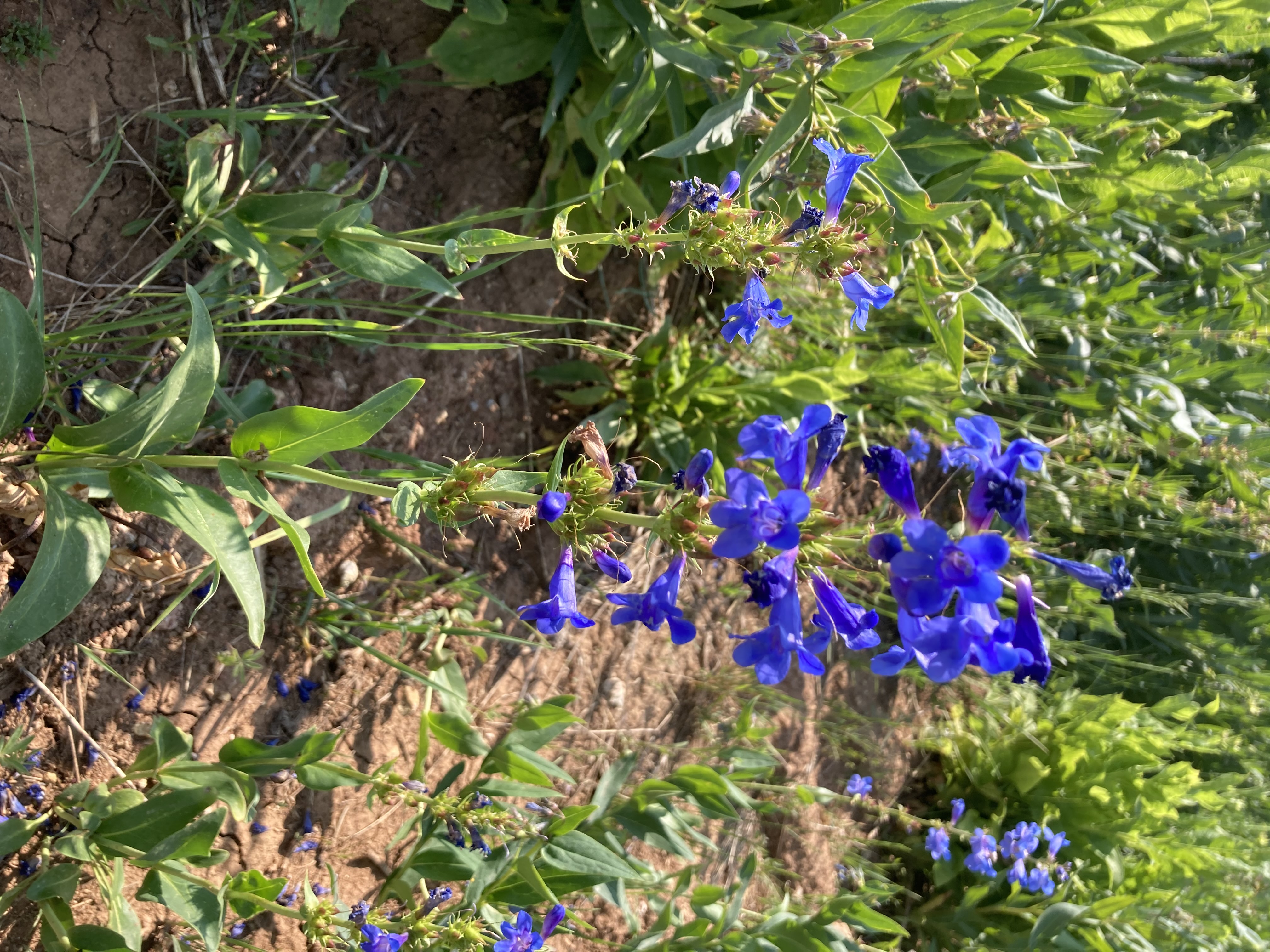 AMONG THE WILDFLOWERS — Penstemon cyananthus is one of our finds. Like birders, many Penstemon Society members keep a life list of species they have seen in the wild. (Image courtesy Gerald Klingaman.)

About 55 people, of a membership of 255, attended the event. One of the principal organizers of the meeting was Dr. Mikel Stevens, an emeritus professor of Brigham Young University who received his Ph.D. from the University of Arkansas in 1993. Mikel and a couple of colleagues just published “Heart of Penstemon Country” (Sweetgrass Books, 2020) which looks at the 60-some penstemons growing in Utah, plus the new species he discovered. The regions we explored had a more modest number of species, with only eight blooming during our foray into the mountains.

I get a lot of quizzical looks when I tell people I’m off to attend a penstemon meeting. The general reaction is that they have no idea what a penstemon is followed by a look of disbelief that anyone in their right mind would travel halfway across the country to look at wildflowers. Well, explaining one’s love of nature to those not bitten by the bug is pretty much hopeless, so I just shake my head and shrug as another loud 4-wheeler roars past leaving behind a rooster-tail of dust. To each his own, I guess.

There are about 250 species of penstemons described with all native to North America and Mexico. They have opposite leaves and 2-lipped flowers in all shades but blues and violets seem to dominate. Arkansas has about eight species, but ours are mostly white-flowered, pink, purple or red. The genus is an emerging clade that has its center of origins in the dry lands of the mountain west. Pollination is by bees, wasps, hummingbirds and moths, so untangling the genetic makeup of a species is an excellent project for doctoral students as they explore the complexities of geographical, geological and climatological entanglement.

The Penstemon Society was founded in 1946 during the waning days of the plant society movement. At its peak, about 300 specialized plant societies existed that studied everything from roses to ferns. The five original goals listed by the penstemon society for forming mostly centered around learning to identify and grow these wildlings in the garden and to create better kinds. While breeding efforts were in the fore in the early years, today the emphasis has shifted more towards taxonomic research (especially DNA work) and ecological understanding. To aid in the effort, the society sponsors several modest research projects each year.

Who attends a Penstemon Society meeting? A friend from Louisiana, one of the few attendees from east of the Great Plains, told me she had to rush home to attend her local mushroom conference. I quizzed her on why penstemons and mushrooms. She said, “The people are interesting. They are smart, well-educated and maybe just a little quirky. The kind of people I like.”

The knowledge base of the attendees is incredible. A number of the participants are professional botanists with a keen interest in learning about the plants where they grow in the field, but even more are dedicated amateurs who have a passion for wildflowers and have tromped the mountaintops most of their lives as they learned the flora. A few, perhaps, are interested in only penstemons but most revel in even the most obscure little green plant they find. I try to stand back and learn, for mine is not a deep knowledge of the western flora. After more than a dozen years, I’m getting better with the plants out here but sorting out specific penstemons is still hit and miss for me.

By way of a confession, I admit I don’t have a deep and abiding love for penstemons. They are nice wildflowers, but what brings me back year after year is the opportunity to mingle with such nice folks and travel into the backcountry with them to see the places we all drive by and wonder “What do you suppose is down that dusty road?” The string of cars and the billowing dust you see could just be another group of plant nerds heading off to some inaccessible site to see something rare and beautiful.