At long last, that annoying little gnat – daylight saving time — is scheduled to end. Probably it is an artifact of aging – or my general disdain for stupidity as I’ve aged – but all that springing ahead and falling back has really gotten to me over the years. Finally, it looks like it is slated to end next year because politics once again dictates even when we can get a good night’s sleep. 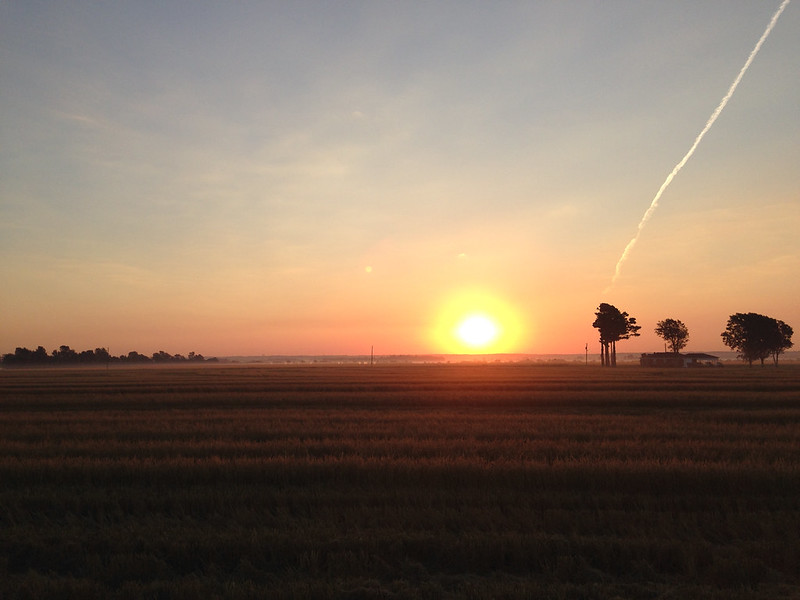 THE LAST PALE LIGHT IN THE WEST — Time is an important biological phenomenon but one of the most poorly understood. In understanding plant growth, inputs such as light, heat, nutrition, moisture and carbon dioxide concentration all mediate plant growth but time overlays all of these inputs. (Division of Agriculture photo.)

Changing the clock but one hour should not affect a person that much, but it does. Like the character Jack Reacher in Lee Child’s many novels, we all have a built-in chronometer that keeps us in sync with the world around us. While few of us have a timepiece with Jack’s precision and utility, we all have one that regulates waking and sleeping cycles and the myriad little biochemical reactions that regulate our lives. Changing the clock throws these out of sync and we must adjust. Studies have shown that it takes, on average, four days to complete this adjustment. I must be a slow learner. It takes me a week.

Time is an important biological phenomenon but one of the most poorly understood. In understanding plant growth, inputs such as light, heat, nutrition, moisture and carbon dioxide concentration all mediate plant growth but time overlays all of these inputs. Because time is so important it is not surprising it needs to be standardized, regulated. This regulation is quite a convoluted tale.

Standardizing time began as an effort to make the railroads run on time. Before the advent of rapid transportation and communication every locale operated on “mean solar time,” a commonly agreed upon time that was based on solar time; i.e., high noon with the sun directly overhead for some location in the region. But not every community got the memo, so within any region, there were lots of different times being used locally.

Because railroad travel began in Great Britain, it was there that the effort began in the 1840s to standardize times across that small country so that arrival and departure times made sense to train passengers. The Royal Observatory had the official clock, so Greenwich England became the starting point for standard time with the passage of the Definition of Time Act.

But big, sprawling countries like the United States and Canada presented special problems. In 1872 a Canadian named Charles Dowd proposed breaking the continent into four time zones. He went on to propose that the world be divided into time zones, anticipating the time when fast communication between continents would be possible. A decade later the proposal was finally implemented, not by Congress but by the railroad companies. They adopted the time zones, which Congress finally made official in 1918 with the adoption of the Standard Time Act.

In 1908, the community of Port Arthur in Ontario, Canada, got the bright idea of pushing the clock ahead one hour in the summer so there would be more time for outdoor fun. The extra hour of daylight at the end of the day was called “summer time.” The idea caught hold and was used widely in Europe during World War I. In 1918 congress approved our first round of daylight saving time but only a year later the farm lobby killed it, observing that roosters can’t read the hands on a clock.

All sorts of reasons have been put forth for why all this springing ahead and falling back is good, but most of those reasons have been debunked by data. It seems that momentum is a powerful force and change is hard even when it is so obvious it needs to happen. Polls show that more than two-thirds of the people hate changing times during the year and most favor having more light late in the day. Maybe they will set the clock correctly this time, at least until somebody comes up with another bright idea about managing the hours of our days.