The grandeur of the Ozarks inspires me each time I drive the highways of northwest Arkansas. But I know what we see today is only a shadow of what those who settled this region saw when they began arriving in the 1830s. Thomas Nuttall explored Arkansas in 1819 and referred to the land around Arkansas Post as “one vast trackless wilderness of trees.” At that time, 85 percent of the state was covered in forests. Here in the Ozarks the forests remain the dominant feature of the landscape so I thought we might consider a timeline of our forest home. 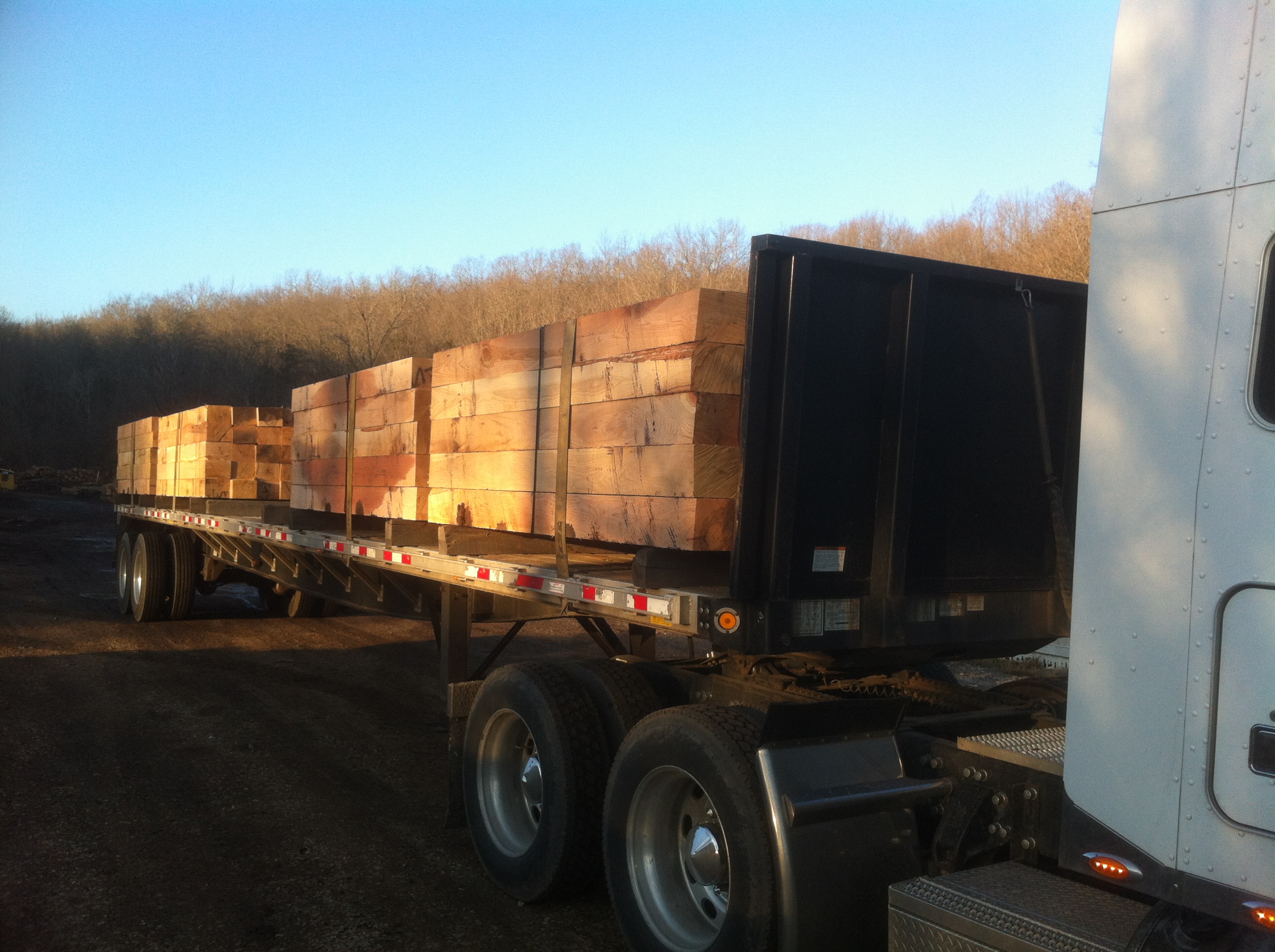 FIT TO BE TIED — Railroad ties were a major end product for the oaks cut during the timber boom of the late nineteenth century in the Arkansas Ozarks. They are still harvested from the National Forest today. (Image courtesy Gerald Klingaman.)

It is easy to assume oaks always grew here but it was not until the retreat of the last glaciers 16,000 years ago that the deciduous hardwoods displaced the spruce and firs that once covered these hills. The Native Americans managed the forests by using fire to create savannah-like forests where large trees were scattered across the landscape. The understory was often carpeted with grass with brushy growth held to a minimum by frequent fires. Early settlers were able to traverse the forest relatively easily, often following old Indian trails, without an unending fight with understory brush.

During the years before the Civil War, human impact on the forest was relatively modest and localized. Trees were cut for every purpose including building, fencing and fuel. But transportation was so poor at the time there was no way to get forest products from the region to markets where timber was in demand. That began to change with the arrival of the region’s first railroad in 1881. Some of these early tracks extended up the White River valley as far as St. Paul, reaching there on July 4, 1887.

During the 1880s there were fewer than 10 steam powered sawmills in the Arkansas Ozarks but that changed quickly. The White River valley became the nexus for the hardwood timber industry and a string of small towns up the river valley; Baldwin, Elkins, Durham, Crosses, Delaney, Combs, Brashears and St. Paul survive as markers for the expansion of the railroad and the rush to harvest the biggest and best trees. White oaks were a premium tree with much of it cut for barrel staves, interior finishing and furniture. Lesser trees were made into railroad ties – lots of ties.

In those early years St. Paul shipped more lumber from a dozen area mills than the rest of the region combined. By 1897 the St. Louis-San Francisco Railway (later the Frisco line) extended up the valley to Pettigrew in Madison County and it became the hub of timber production until the Great Depression. By 1909 the timber industry accounted for 73 percent of all factory jobs in Arkansas.

The railroads were granted 10 square miles of land per mile of track by the Federal Government to offset the cost of construction. In the Ozarks, this land was promoted by railroad pitchmen as “the best orchard land west of the Alleghanies” and sold to farmers, land speculators and timber companies. At the time timberland was sold at prices ranging from $3 to $9 per acre. Timber cutters swarmed into the region, top grading the forest, taking the best, most valuable trees and leaving behind the rest. This cutover land was sold to farmers who attempted to rest a living from the often steep, erosion-prone soil. Homesteading was also an option for settlers, but because many of the hills and hollers had not been properly surveyed, the legal claims of many early settlers were called into question when the Ozark National Forest was established in 1908.

Fire was a tool used by early settlers as a means of making their cutover land suitable for farming and establishment of pastures. Today we criticize this “slash and burn” technique when it is used in the Amazon basin, conveniently forgetting it was used by our early pioneers to achieve the same goal. Burning was also a way of controlling ticks. Nuttall, exploring in today’s southeastern Oklahoma in the summer of 1820 says “The woods were disgustingly infested with ticks.”

But this burning killed many of the trees too small to cut and erosion washed much of the thin topsoil away. Orchards did develop in the Ozarks as timber cutting moved on, but mostly they were centered on the more gently rolling lands of Washington and Benton Counties, not the steep mountainous region in the heart of the region. It was in the midst of this cutting frenzy that Teddy Roosevelt established the Ozark National Forest. This is a tale for another day.