The leaves are off the trees now and it is easy to see that the solar industry is growing. In fact it is 60 times larger than it was in 2015, yet it is still tiny and produces less than 1 percent of the electrical energy we use in the state. Nationally about 2.3 percent of the power is produced by solar. But it is growing in Arkansas and will only increase. 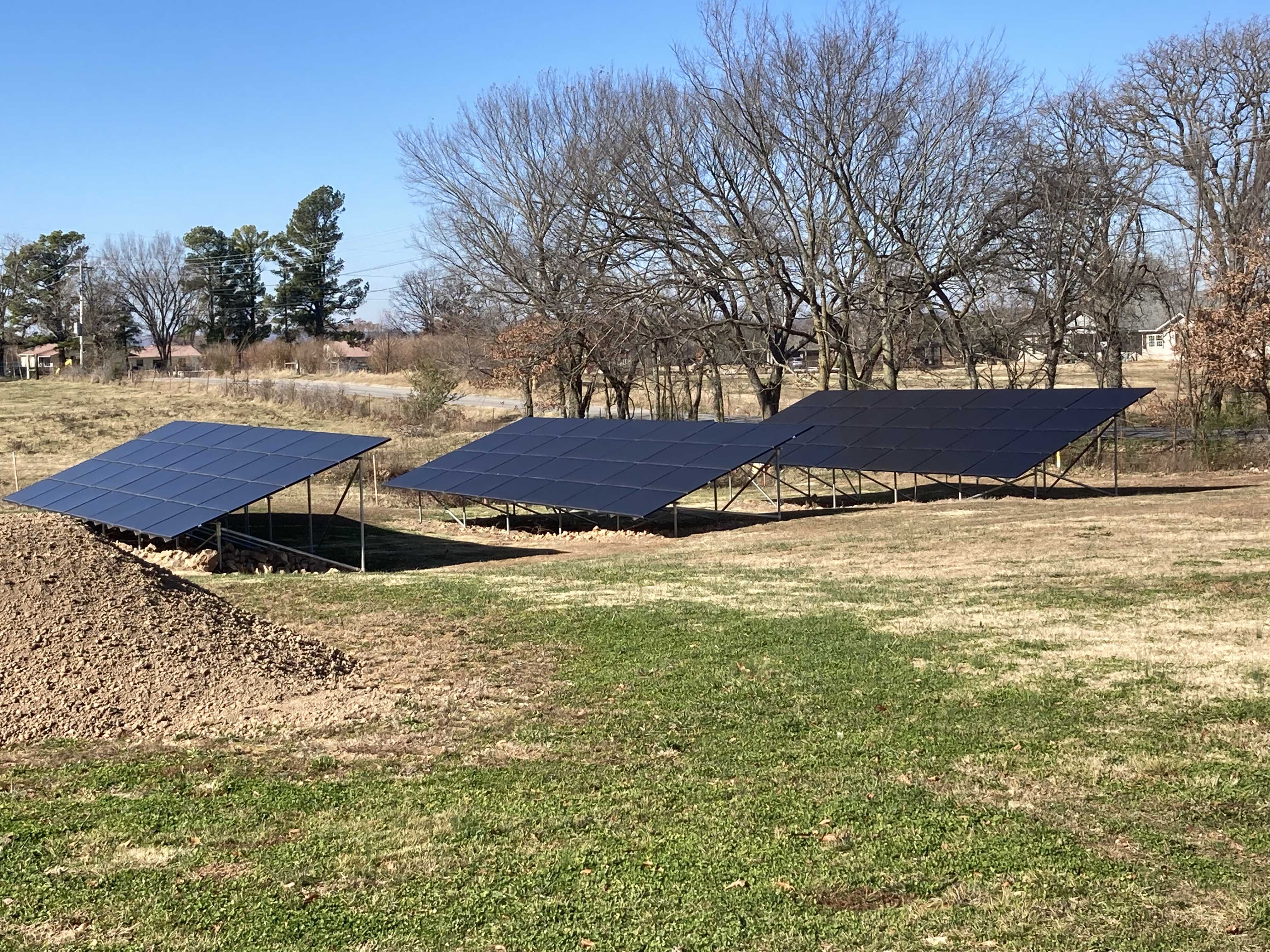 With all the recent activity and advertising hype, I thought I would talk to some early adopters to see what they think. Mainly, is solar living up to expectations. This is by no means an accurate survey, but just conversations I’ve had with about 10 people who have added solar panels during the last eight years.

Almost all have been pleased with the performance of their systems and their decision to invest in the relatively new and unfamiliar technology. These systems are not cheap, costing on the order of that of a midsize new car. If the system is put on the old seven-year installment plan, monthly payments on the order of $400 per month tempered the enthusiasm of one owner I spoke with.

Because the motivation for installing the system for most early adopters was to do the right thing to support the environment, not financial, the satisfaction quotient amongst owners was quite high. As one owner said, he was surprised by the peace of mind he enjoyed by doing what he knew was the right thing to help protect the planet.

Arkansas electrical utilities operate under “net metering” laws which allow residential customers to feed electricity they generate into the grid and retrieve it as it is needed during the night or on cloudy days. The goal is to size new systems to generate exactly what you need. Any overproduction of energy is essentially a donation to the electric company, a relatively unpopular idea amongst these mini power plant owners.

A couple of the earliest owners I spoke to installed smaller systems so they didn’t eliminate all electric bills, but those who had properly sized systems eliminated most or all of their bill. One owner paid a couple of low midwinter bills but was pleased to do so because he was driving an electric car and charging his car off of the system.

Well, there is always a small fee of less than $15 a month paid to the electric company for the use of the power grid, but no net charge for electricity if the system is sized correctly.

The new wave of people installing panels are responding to the advertisements for saving money. But, of course, before you can save any money you have to pay for the system. Financing the system through an installer usually drags payments out for seven or eight years, so the actual savings are a bit delayed. Another owner with a totally electric home and an oversized collection system figured breakeven for him to be 16 years. The systems are thought to have a useful life of 25-30 years.

One person I spoke to actually installed the bank of panels on the roof himself, only hiring an electrician for the technical hookup to the grid. He calculates his breakeven point at less than eight years. He had to get approval for the system from his electric company, a process that took him almost six months.

One owner had an inverter that changed the DC current from the panels into AC for the grid go out, but it was still under warranty so that was no problem. The panels themselves are quite tough and reliable. The silicon wafers that actually capture the energy are considered extremely long-lived. The first experimental wafers that were made more than 75 years ago are still generating power. However, these silicon wafers are imbedded in a plastic matrix, so plastics do dull with age. Most systems loose about 15 percent efficiency in the first decade of use.

Normal sized hail doesn’t bother the panels but one business I spoke to lost “a few panels” out of their 400-panel system when ice chunks hit their store in 2020.

So the early adopters are pleased with residential solar systems. We will be seeing more of them in coming years as the general public becomes more familiar with them. New technologies, such as Tesla’s solar shingle system, will allow easier, more seamless installation in existing neighborhoods.

In the near future, builders will probably start incorporating solar systems into their building plans, allowing the cost of the system to be rolled into the mortgage payment. The transition towards a more sustainable future, like any journey, begins with baby steps.

Check out our solar energy resources to see if it's right for your home or business.