Living in a part of the state where growth is happening phenomenally fast, it is easy to point to places where a once verdant landscape has been suddenly transformed into something shiny and new. This morphing of the landscape from something that was into something different often elicits strong visceral reactions. People hate change. Leave it alone – save something for nature. 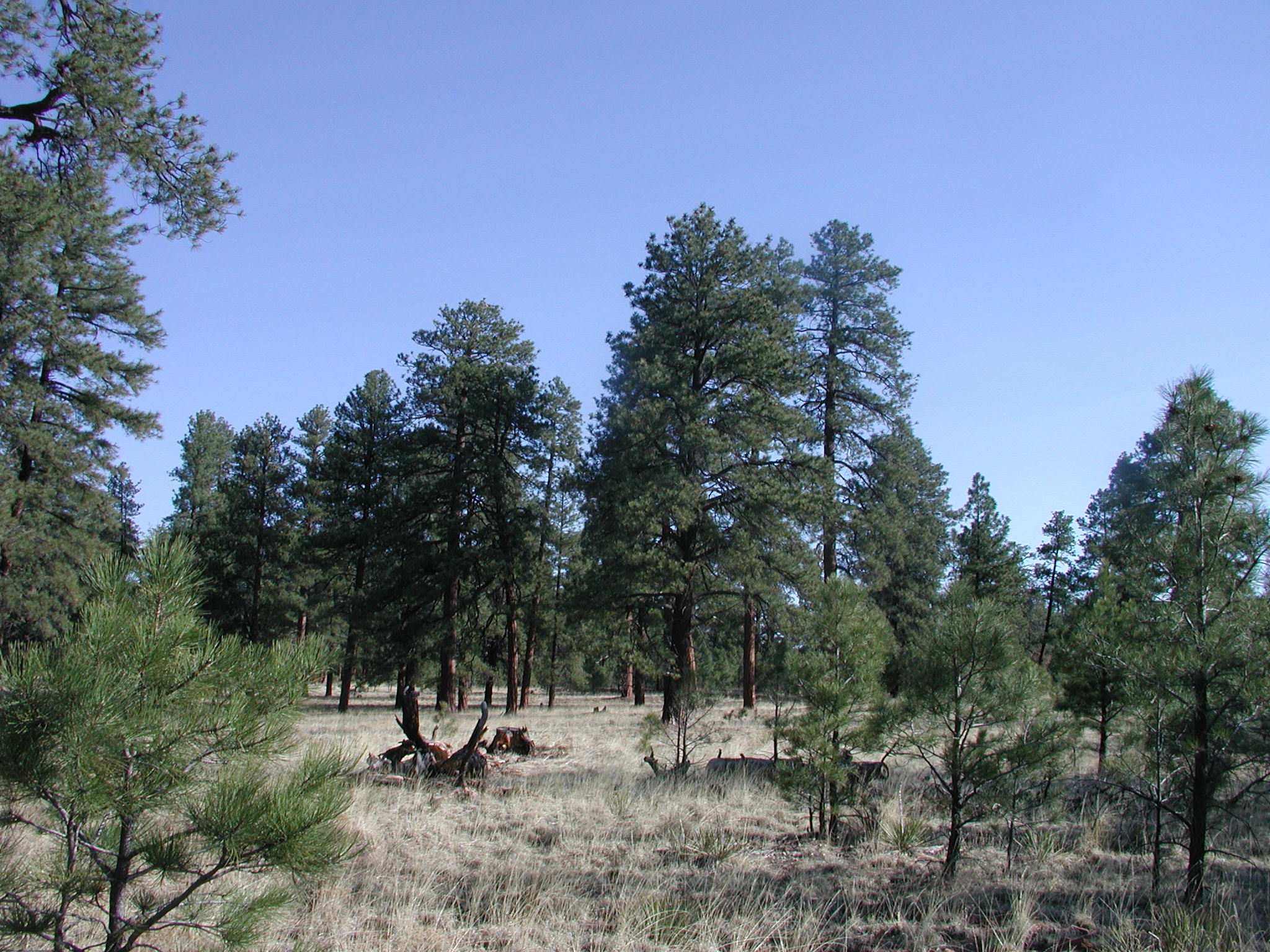 IN THE PINES — With an ambitious goal of protecting 30 percent of the world’s landmass to reduce the effects of global warming and species extinction, some hard choices lie ahead for managers of Federal lands. (Image courtesy Gerald Klingaman.)

While we tend to think of change as heading only in one direction, such is not the case. I grew up on the edge of the great middle American wheat belt. Sixty years ago, the community where my father farmed — a little town of 300 called Mulhall about 50 miles north of Oklahoma City — was about half-and-half wheat fields and pastures. But economic conditions change and farmers adapt. Since then, the transformation from cropland back to grass has continued such that today it is a rarity to see “broke ground” in the community. While these new pastures are only an imitation of the rich prairie ecosystem that once fed herds of bison, they support more biological diversity than a plowed quarter section of land. In the Ozarks, we find similar transition stories where small patches of farmland transition first to pasture land and then back to forest.

One of President Biden’s earliest executive orders – now almost forgotten in the swirl of events that have occurred since January – was the “30x30” initiative that pledged to put the nation on a path to protect 30 percent of the earth’s surface and 30 percent of the oceans by 2030. This ambitious initiative is to help mediate the effects of climate change and slow the rate of global extinctions that are occurring due to habitat loss.

One of the key words in the 30x30 initiative is “protect.” This brings forward a century-old debate about what it means to protect the land. Does it mean a hands-off approach where the land is managed in a manner that we think may have existed before humankind emerged as the dominant species on the planet? Or, is it possible to protect the land using stringent conservation practices while also benefitting humankind?

In my mind, the modern environmental movement began in 1892 when a group of like-minded Californians formed the Sierra Club to protect the resources of the western mountains from wanton exploitation. John Muir was instrumental in founding the organization and served as its first president until 1914. His vision of protection was one of strict preservation of vast tracts of land in an untouched, pristine state.

Perhaps our only truly environmentally minded president, Teddy Roosevelt, was a friend of Muir’s but they differed on what it meant to protect the land. Roosevelt pushed for the establishment of the U.S. Forest Service, which became a reality in 1905. To head the new organization Roosevelt appointed Gifford Pinchot, a New Englander who studied scientific forestry in Germany. Pinchot’s vision of protection was influenced by the centuries-old forestry management practices of Europe where timber was harvested sustainably over centuries. In short, use the resource but don’t destroy it in the process as had been done with most of the eastern forests where Pinchot grew up.

To me at least, the word “protect” has shadings of the right-left political divide that has permeated every aspect of our lives. One end of the spectrum wants to “protect” people (or corporate bottom lines if you take a cynical view) by exploiting all available resources while the other end of the spectrum wants strict protectionism where the only way you can even see these pristine places is to backpack in. What the federal agency managers have tried to do, often with loud vocal input from one side and well-financed lobbyists from the other, is carve out a middle position with the most possible benefits for the most people without destroying the resources completely. A thankless task for sure.

Protecting 30 percent of the earth’s lands seems like a daunting task, but in the United States it is not impossible. The Federal Government currently owns 28 percent of the land in these 50 states. Admittedly, a lot of it is in far-off Alaska and the deserts and mountains of the western states, but it is a large chunk of land that can be protected by shifting the middle-ground-needle more towards the strict preservationist end. To this, we must also remember that much of the landscape that was once being farmed is now returning to a natural “wild” state as a kind of default position as owners consider other options for their property.