“This is Home” - Sixty years of Scissors, Succession and Service in Sevier County, Arkansas
skip to main content

“This is Home” - Sixty years of Scissors, Succession and Service in Sevier County, Arkansas 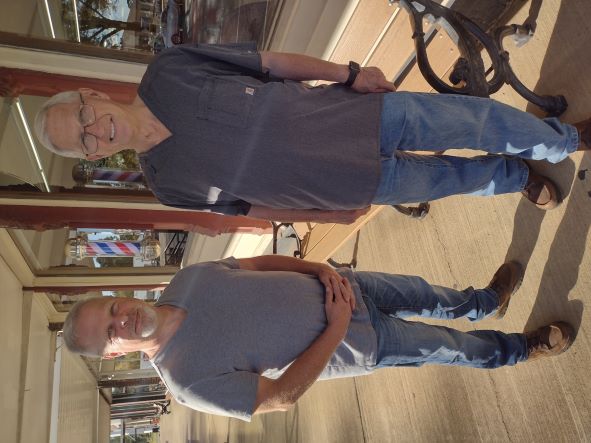 After finishing high school, Gehri Packnett was looking for a job when he discovered an opportunity that ended up lasting him a lifetime. In February of 1962, he walked into a barber shop in De Queen, Arkansas and he hasn’t had any other job since being given a chance that day.

After completing barber college in Little Rock, Packnett began his career at the shop that was then called “George’s.” After 10 years he bought the business and changed the storefront’s name to his own.

The shop changed ownership again 36 years later in 2008 when Packnett’s stepson, Jeff Lipsey, purchased it and gave the store his first name. Now, the duo work side by side together and provide services for a faithful base of clients who have counted on them since the days of their first childhood trims.

Cutting hair on the downtown square in De Queen was the first job Packnett ever got, the only job he has ever had, and the only job he says he ever wants. In February 2022, the Oklahoma native will celebrate 60 years of visiting with customers, sharing stories, preparing locals for special occasions and “making those guys look good.” 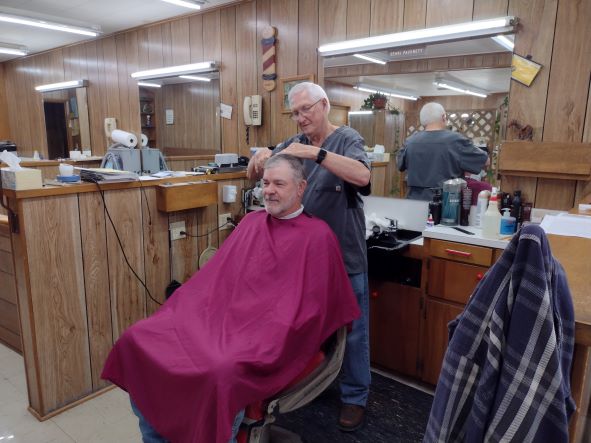 six decades, Packnett has watched the community change and grow as businesses in the Southwest border town have come and gone over the years. Despite receiving offers in Texarkana, Arkadelphia, and Little Rock, Packnett turned down every business proposition to come his way because he only wants to live and work in De Queen.

“This is home,” he said. “I grew up eight miles from De Queen on the state line near the Rock Creek area of Oklahoma. I’ve given a lot of these guys their first haircuts and I still cut their hair to this day.”

Patrons of the shop can build a relationship with guys who know the town’s history and have run a family business in the same location for more than half a century. The father and stepson team are currently the shop’s only employees, but in the past, Packnett's wife Judy, sister Terri, and his son Scott have helped out with maintaining the family-owned operation. 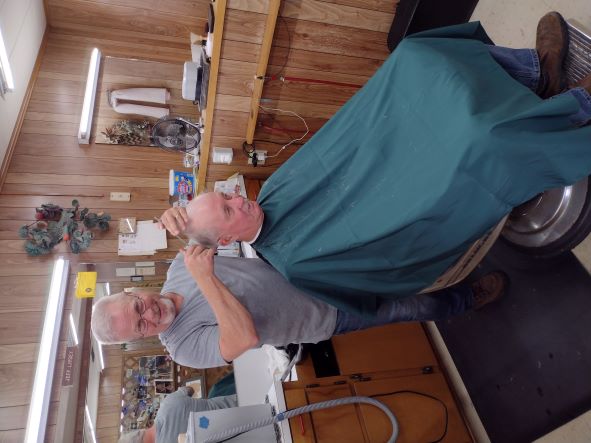 The mission of the CREATE BRIDGES project is to strengthen rural economies by identifying ways that businesses in the four sectors (retail, tourism, hospitality, and accommodations) can excel. Documenting and sharing the success of strong local establishments provides knowledge as a resource for small town Entrepreneurs of Arkansas. CREATE BRIDGES of Arkansas launched as a pilot program back in 2018 under the University of Arkansas System Division of Agriculture and the team has since connected with businesses like Jeff’s Barber Shop to gather insight on stories of succession, leadership, and economic stability in the rural business communities of Sevier, Little River, Howard, Izard, Sharp and Fulton counties.

When asked the secret of his business and career longevity, Packnett says simply “Sticking with it” is the key. Continuing to “stick with it” is exactly what Packnett intends to do, as he says he has no plans for retirement, and he plans to cut hair in De Queen until his last days.