What I Was Not Expecting About Pregnancy: The First Trimester
skip to main content

What I Was Not Expecting About Pregnancy: The First Trimester

5 things I was not expecting with my pregnancy during my first trimester.

I am so glad that I can finally announce my next life adventure with y’all. Michael and I are expecting our first child. 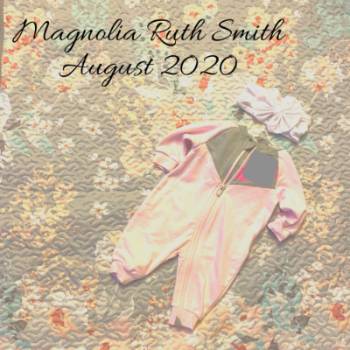 We will be welcoming our daughter, Magnolia Ruth Smith, in August 2020!

As excited as I am about welcoming this sweet baby girl into the world, I. AM. MISERABLE. No one told me how terrible pregnancy can be. Here are the things I wasn’t expecting about expecting during my first trimester.

As I was complaining to a friend about feeling like dirt, she said, “no one tells you how terrible pregnancy can be.” At this point, I couldn’t agree more. I wish someone would have told me just how bad it can be. Even though I do feel dreadful on a normal basis, I couldn’t be more thrilled to have Magnolia on her way. I will say that everyone’s pregnancy is different and not everyone is as miserable as I am. I will also say that some have it far worse.

What do you wish you would have known about your pregnancy?

P.S. Some of you are probably thinking that it is way too early for Michael and me to know that we are having a girl, but we took a blood test through our doctor’s office that is 99.1% accurate. Luckily, if they are wrong, we will get our money back.