Lawson’s research investigates interactions between various postemergence herbicides that are labeled for use in XtendFlex® soybean and cotton. His research goal was to continue developing practical recommendations to assist soybean growers in managing hard-to-control weeds.

“With the commercialization of the XtendFlex (dicamba, glufosinate and glyphosate-tolerant soybean and cotton), postemergence tank-mixtures and sequential applications are going to involve more herbicides, thereby becoming more complicated. Interactions between two or more herbicides (e.g. antagonism) can easily be evaluated but has not for many of the mixtures/sequential applications in these new systems. This is a serious concern because antagonism of efficacious herbicides will increase the rate of resistance evolution in weed populations and result in costly herbicide programs to Arkansas soybean and cotton producers. Herbicide recommendations that result in antagonism must be avoided to protect the technologies we use to manage weeds in soybean and cotton.” 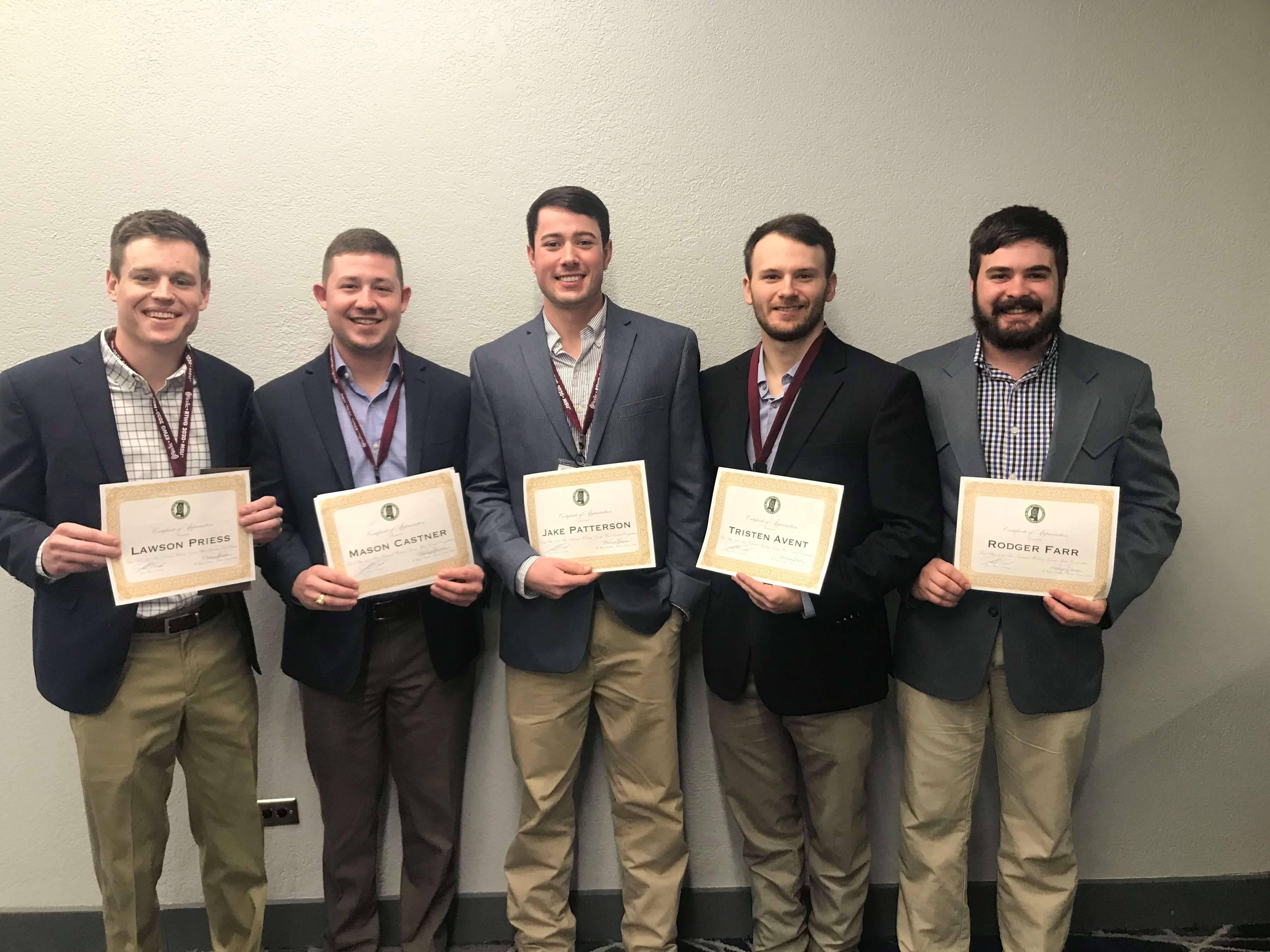 Lawson has published five peer-reviewed manuscripts, submitted a Provisional Patent within the discipline of weed science and has applied for a Utility Patent on the novel invention. He is the primary author of 29 abstracts for professional meetings, co-author of 39 additional abstracts, and has presented 15 oral papers and 12 posters. He currently has written four additional manuscripts that will be submitted for publication and plans to write an additional two from his completed Ph.D. research, which is funded by Bayer Crop Science.

Preiss notes that one of the most enjoyable opportunities that he has been provided with was to serve as a full time Lab Instructor and provide guest lectures for Dr. Norsworthy’s Principles of Weed Control class. “I was surprised by how much I enjoyed teaching students about my field of study and learned a tremendous amount about how to be educator in the classroom,” Lawson states.

It is apparent by his vast experience and passion for the industry that Lawson plans to make a difference in the weed science profession throughout his future career. After completion of a Ph.D., Priess would like to keep his options open to academia, industry, and independent consulting/contract research. He believes that he will end up in a profession where he can make an impact on agriculture and the lives of those around him. Most of all though, Lawson looks forward to carrying with him a solid and trustworthy reputation that has been shaped and molded here at the University of Arkansas.