A Section 18 Emergency Use Exemption label for Brake (fluridone) herbicide has been approved by EPA for applications from 14 days pre-plant to 36 hours after planting peanut in Arkansas.  Rates of Brake for this application range from 12 - 16oz/A for control of multiple resistant Palmer amaranth as well as several other weed species.  We have evaluated Brake herbicide applications PRE in cotton for many years and it is an effective option for pigweed management but usually recommend it paired with another residual for best results.  Brake generally requires more rainfall for activation than many of our other PRE residual herbicides that we currently use.  For example, many residuals including Valor may be activated and effective on germinating weeds with only 0.25 in or less rainfall following application.  Brake herbicide requires a minimum of 0.5 in of rainfall to activate, so it is better to pair with another herbicide such as Valor that requires less moisture to activate. 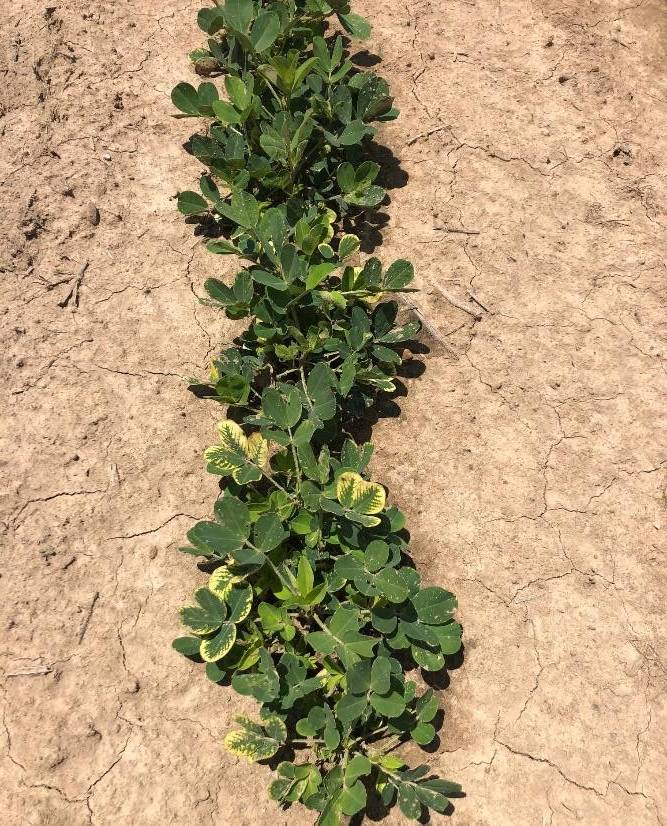 We have evaluated Valor plus Brake combinations in peanut on a sandy loam soil at the Newport Extension Center for the last two years.  Each year we see some bleaching injury from Brake applications PRE, even at 16 oz/A (Figure 1).  This injury is not severe, and peanuts generally grow out of it quickly, but it is important to understand that if you choose to use Brake as a weed control option, there will likely be some bleaching in the peanut leaves once they emerge.  Valor + Brake combinations PRE can cause additional injury, mostly coming from the Valor component in the mix.  Peanut injury response data following Brake applications at 16, 32 and 64 oz/A and in combination with Valor is included in Figure 2 below.  Some injury has been observed from the 16oz/A use rate the last two years but is generally lower than 15% by 14 days after emergence (DAE) and generally decreases by 28 DAE.  As Brake application rates are increased to 32 and 64 oz/A, peanut injury is significantly increased, so be careful not to overlap spray passes or double up on field ends, because significant injury may occur.  The addition of Valor 3oz/A did increase the peanut injury when applied in combination with 16oz/A Brake but is was not different from injury observed when Valor 3 oz/A was applied alone.  We observed more overall injury in 2019 that 2020 from Brake applications and we attribute that to the significant amount of rainfall received over the four weeks following application (Figure 2).

Peanut growers who are interested, should pick a field or two to try Brake herbicide in combination with other PRE’s this year. I think we will know a lot more about the product after one season of use.  On the sandier soils I would probably start with the lower 12 oz/A rate in combination with 2 oz/A Valor.  Increase rate to 16oz/A on the loamy soils.  I don’t expect to see any serious injury issues, but we only have two years of data, so proceed with caution. 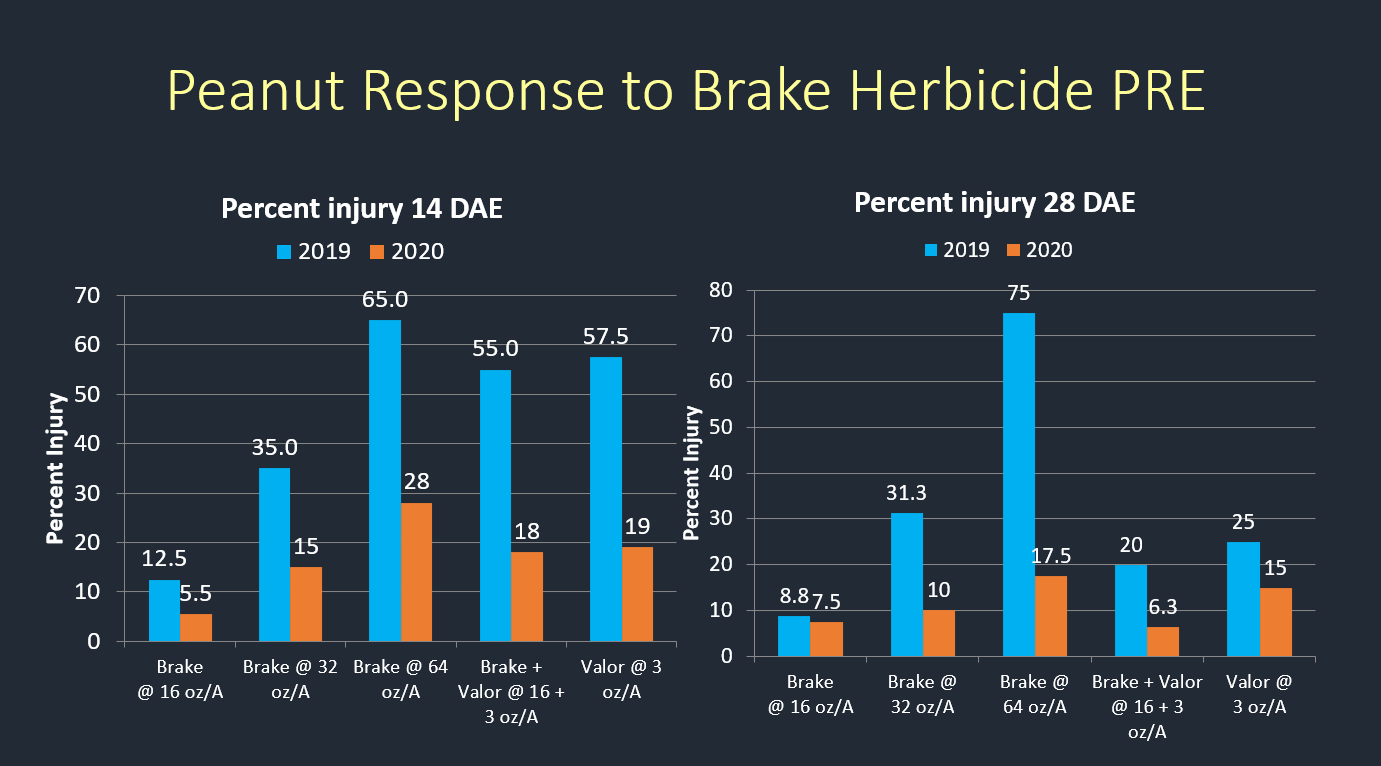