Unemployment Still A Concern For Many Rural Arkansas Counties

Many Arkansans remain unemployed even though the official unemployment rate for Arkansas declined from a high of 10% in April 2020 to 4.5% in February and 4.4% in March 2021.1 However, there were approximately 35,000 fewer people employed in the state in February 2021 compared to pre COVID-19 levels in February 2020.

Part of the reason why Arkansas has a low unemployment rate, even though fewer people were employed in February 2021 than pre COVID-19 levels, is because some workers dropped out of the labor force and are not counted as unemployed. Rural counties2 experienced somewhat larger declines in the labor force than urban counties between February 2020 and February 2021, declining a little over 2% in rural counties compared to a 1% decline in urban counties.

As seen in the map in Figure 1, seven rural counties had adjusted unemployment rates over 10%, including: Marion, Izard, Mississippi, St. Francis, Desha, Ashley and Chicot counties. 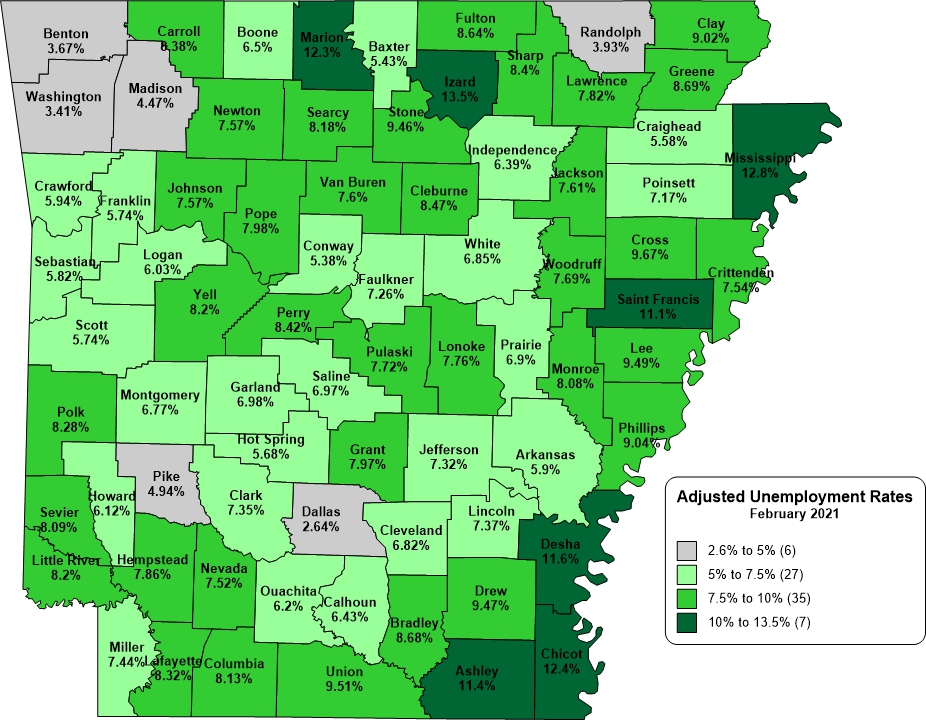