Overall, the once-a-decade population count determined there were 331,449,281 people in the United States as of April 1, 2020. Census officials said the number of Census respondents represented a 7.4% growth in population since 2000, the second slowest growth rate in U.S. history.

Nearly the same thing could be said for Arkansas, where official 2020 Census data showed a smaller population than the 2019 Census estimates. 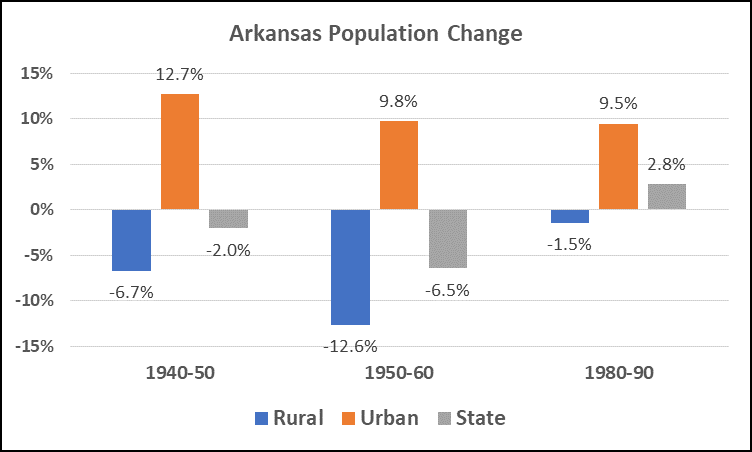 Population trends have shown that eastern Arkansas has lost population, but official Census data for cities and block-by-block comparisons won’t be available until August in raw data and by the end of September in a format that most people can use.

State, county and city officials rely on the population data to realign political districts. Quorum Court, city council and legislative districts often shift after the Census to account for population growth or loss. Districts are supposed to have roughly the same population to provide equal representation.

In an Arkansas Democrat-Gazette article, Secretary of State Spokesman Kevin Niehaus said they know that Arkansas House members will represent an average of 30,317 people and senators will represent 86,107 people, give or take. 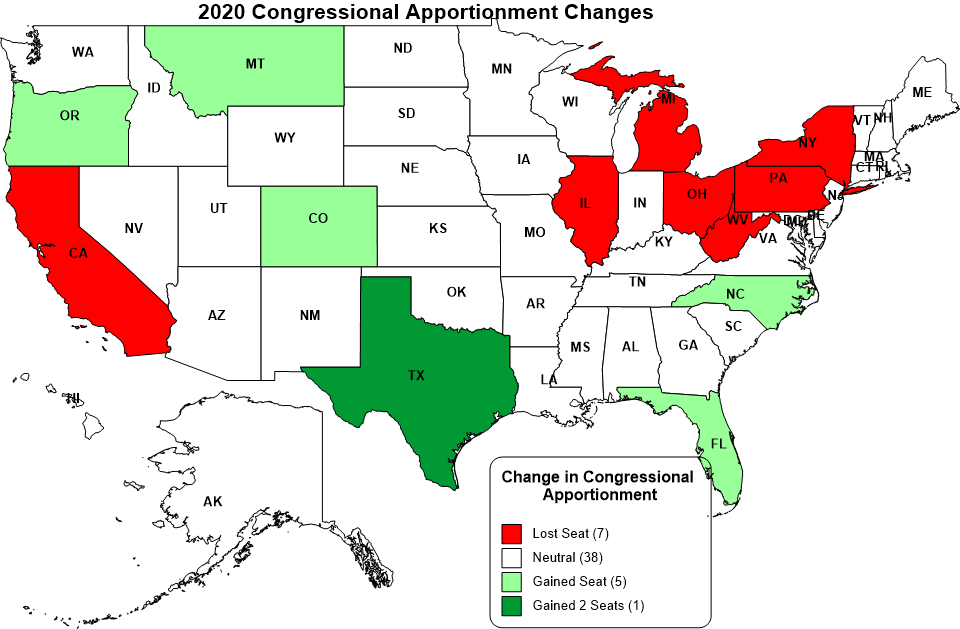 The map above (Figure 2) shows the six states that gained seats in the U.S. House of Representatives (green), seven states that lost seats (red), and 37 states stayed the same (white). U.S. Census officials said Monday that New York lost a seat based on being short 89 people. If 89 more people had been counted in their population, they would have kept that lost seat. Note: Washington D.C. is included in the map's key of 38 locations with no gain/loss. The 689,545 people living in the District of Columbia are included in the U.S. Census total for the United States but the district does not have any of the 435 voting seats in Congress. 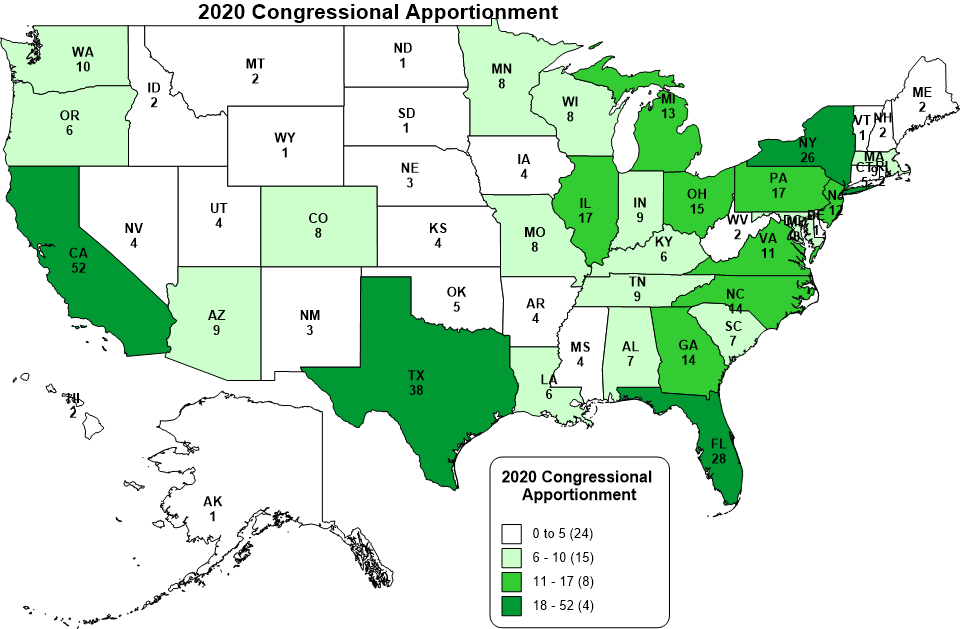 The map above (Figure 3) shows the number U.S. House of Representatives by state, or apportionment as it's called. Arkansas continues to have four of the 435 seats. California, with 39.5 million people, has the most representatives with 52 seats and Wyoming, the smallest state by population with 576,851 people, has one seat in Congress.  Note: Washington D.C. is included in the map's key. The 689,545 people living in the District of Columbia are included in the U.S. Census total for the United States but the district does not have any of the 435 voting seats in Congress.

[1] For a definition of rural and urban counties, see the 2021 Rural Profile of Arkansas at https://uaex.uada.edu/ruralprofile