Part 1: County Jails in Arkansas - How Do Communities Pay For Them?
skip to main content

Part 1: County Jails in Arkansas - How Do Communities Pay For Them? 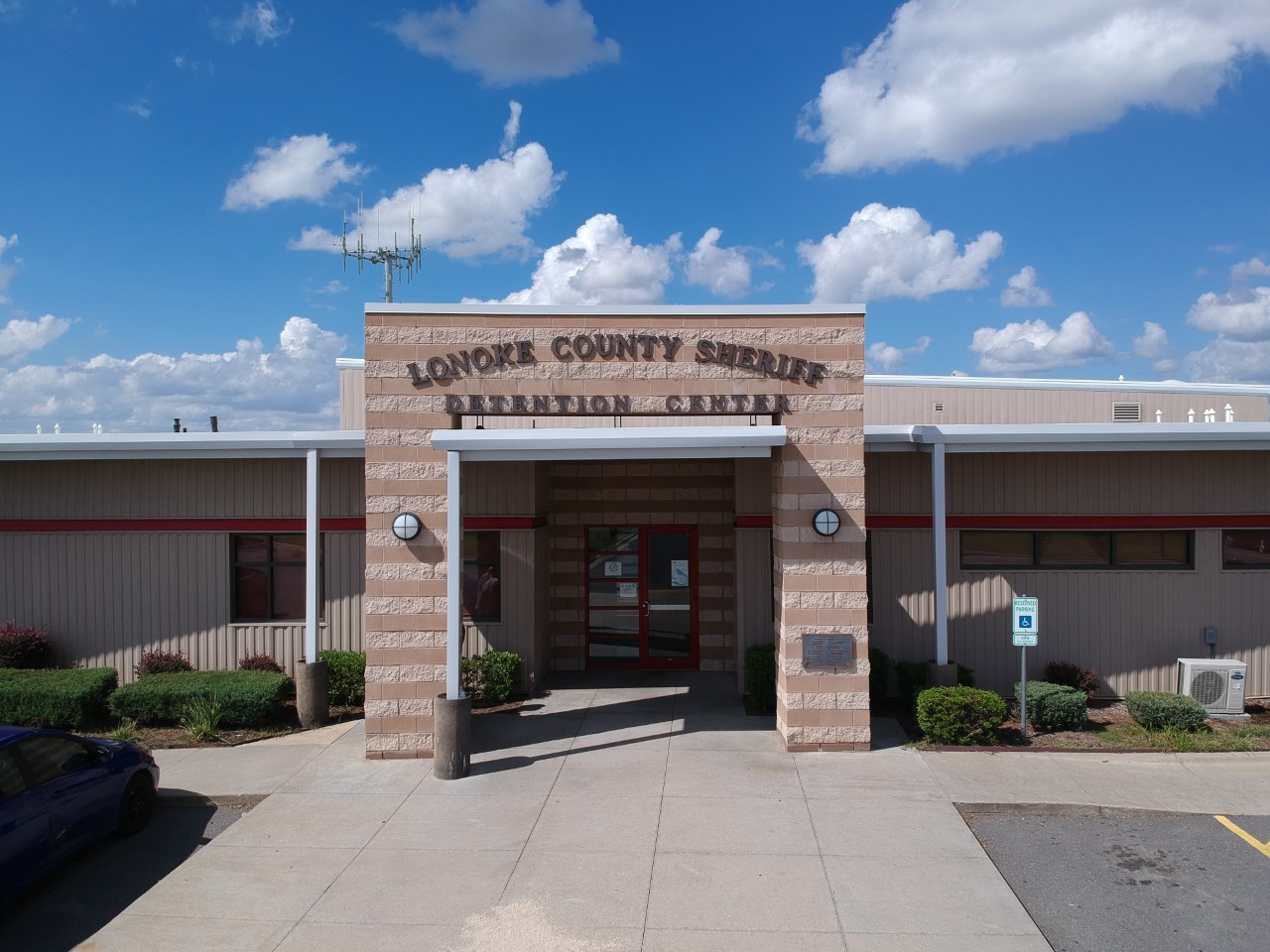 On any given day, 10,000 people are locked up in county jails in Arkansas. They are among the 10 million people admitted every year at the roughly 3,200 local jails across the United States.

Federal statistics show that two-thirds of the people in jail are unconvicted and awaiting court, while the rest are serving short-term sentences or are in line for transfer to state prison. Different people cycle through every day, some there for technical violations while others for new crimes.

The local jail is built for short-term stays and in recent years, state inspections have dinged counties for not having enough space to adequately separate people. In addition to separating people by age and gender, standards call for different holding areas for people dealing with intoxication and mental health issues. This issue has been cited several times in fact sheets published by the Public Policy Center about local elections.

Arkansas’ jail population has increased in recent years though there have been efforts to divert people to new crisis stabilization units in four locations across Arkansas and to provide programming that hopefully could help people never come back.

Since 2015, seven counties have expanded their jails, 10 counties built new jails, and 13 more counties were working to build a new jail, according to staff at the Criminal Detention Facilities Review Office. Many of these jails were paid for by sales taxes approved by local voters.

How Do Communities Pay For Operating Jails?

County jails have existed in Arkansas as long as there has been a state. Courthouses and jails were among the first public buildings put up in county seats, sometimes incorporated in the same structure or built next to each other.

The money to pay for these general services comes from a county’s general fund – essentially the county’s bank account that holds sales tax, property tax, fees and other monies that aren’t legally earmarked for another purpose.

Counties in Arkansas spent 38% of their budget on law enforcement and public safety in 2017, according to a University of Arkansas System Division of Agriculture analysis of Arkansas county government spending trends between 2000 and 2017.

In recent years, sales taxes have become more popular than property taxes among county officials to pay for these community services.

At least 35 of Arkansas’ 75 counties collect a sales tax for maintaining and operating the county jail, according to 2015 data from the Association of Arkansas Counties and past fact sheets published by the Public Policy Center about local elections 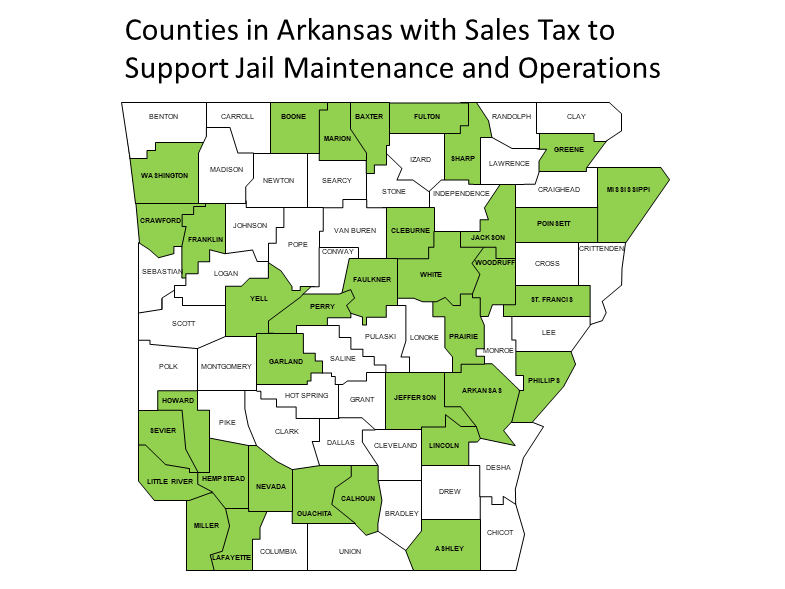 Three of those counties use part of their sales tax for other public safety purposes, such as operating the sheriff’s department or maintaining their “law enforcement complex.” The sales tax rate ranges in these counties from 0.125% in Cleburne, Franklin and Prairie counties to 1% in Ouachita County.

Voters in Lonoke County will vote next month whether to adopt a sales tax specifically to maintain and operate their jail and pay for sheriff department services.

The county’s 10-year-old jail was built using money raised from a temporary sales tax that expired when the debt was repaid. Now county officials are saying they need another source of revenue to cover growing costs at the jail that now holds more people than the old jail did.

Map description: Counties listed in green in the map above have a sales tax dedicated to paying for maintenance and operations at the county jail.