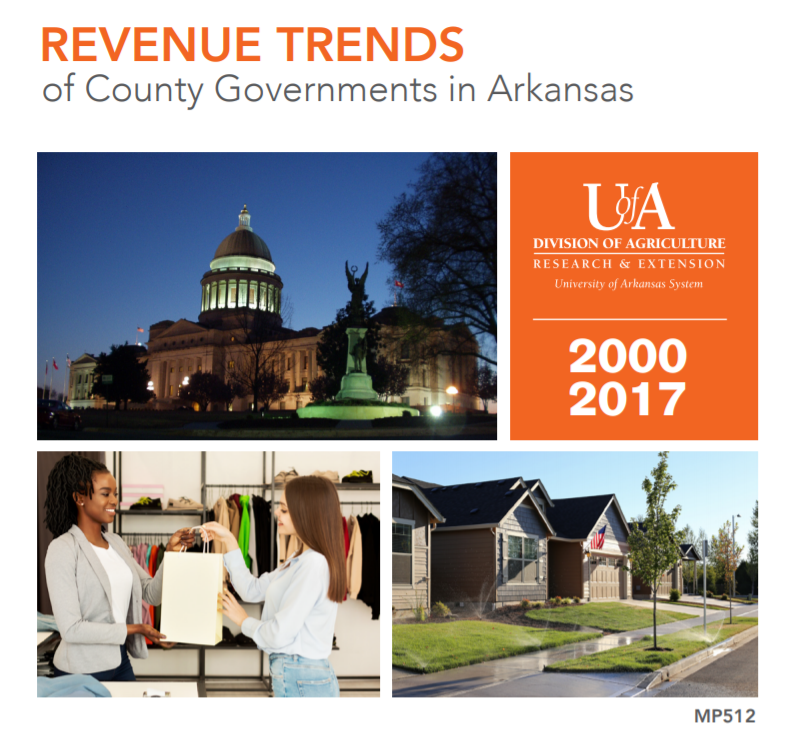 Understanding where a county government's revenue comes from and how it's changed over time can help residents and local elected officials anticipate potential budget concerns.

A recently updated Extension publication can help officials and residents detect financial trends. Download and use “Revenue Trends of County Government in Arkansas” as a guide to understand what's changing across Arkansas, and what to expect in your county.

Many of the services and infrastructure amenities that Arkansans count on are provided by their local county government from local tax revenue. Most counties (66 out of 75) have seen their revenues increase from 2000 to 2017. Although many counties in Arkansas are generating more revenue in 2017 than in 2000, there are many counties that face difficult budgeting choices.

The makeup of a county’s revenue stream can indicate how that county will be positioned during acute and long-term economic changes.

County government revenue comes primarily from county sales tax, property tax, and intergovernmental revenue, which are transfers from the state and federal governments.

Rural counties in Arkansas have relied on sales tax revenue more than any other revenue source, while urban counties relied most on property tax revenue. Sales tax, however, remains an important part of urban counties budgets too, coming in second as their source of revenue.

During a sharp economic downturn - like we are experiencing in the current COVID-19 pandemic - sales tax revenue is likely to decline more than property tax revenue. This means that a high reliance on sales taxes makes these counties more vulnerable during downturns in the economy.

Property tax, on the other hand, is a more stable or reliable form of tax revenue.

Sales tax, property tax, and intergovernmental revenue together are the three largest generators of county government revenue, accounting for approximately 70% of total revenue in 2017. Despite a slight decline during the Great Recession, county government sales tax revenue grew the most, increasing 68% between 2000 and 2017 (Figure 1.) 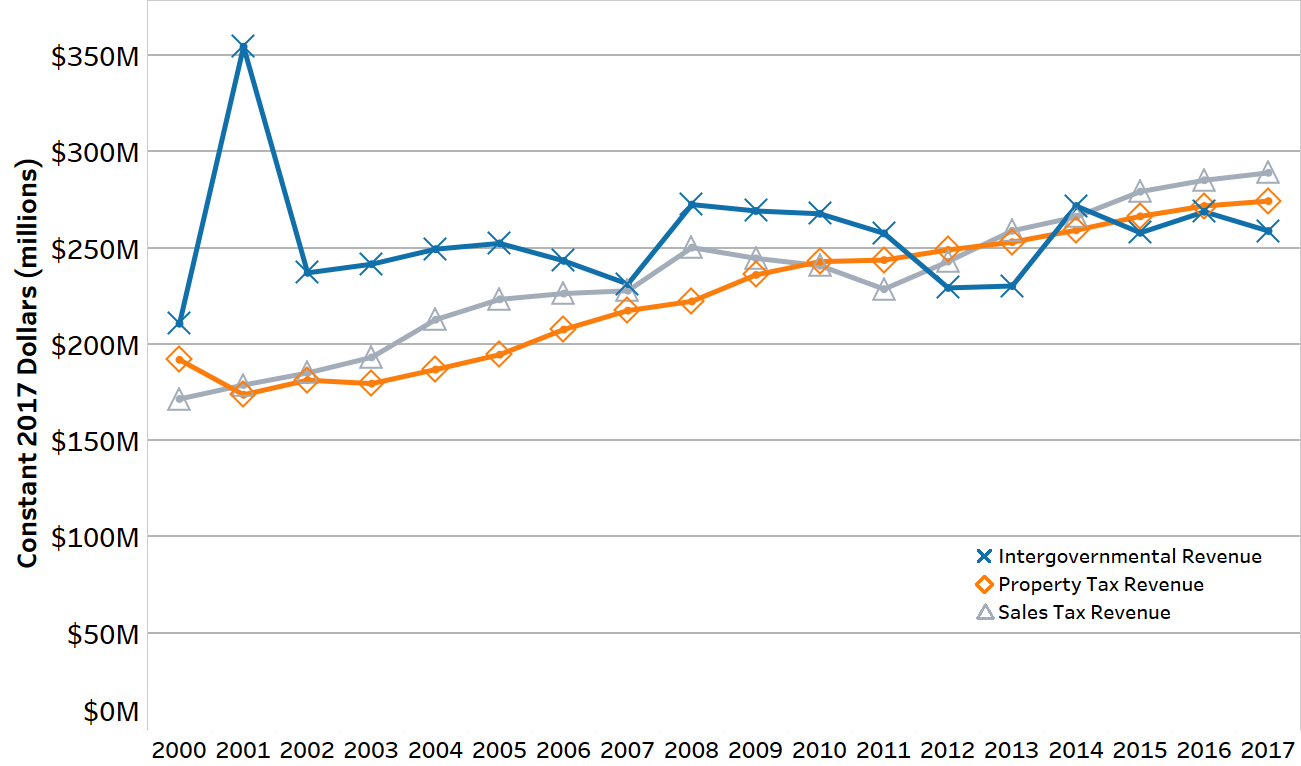 Rural county governments also receive a larger share of their revenue from the state and federal governments than urban counties. This source of revenue fluctuates from year to year and grew only slightly from 2002 to 2017, much slower than growth in property and sales tax revenue.

The ability of county governments to maintain roads, facilities, police, fire protection and other services depends on their ability to collect  revenue from the three major sources. If counties cannot expect to receive additional revenue from the state and federal governments, they must generate more revenue from local sources to pay for the services provided.

Rural counties consistently reported higher per capita revenue and per capita revenue growth compared to urban counties. This means that the county revenue generated per person in a rural part of the state is, on average, considerably higher than the revenue generated per person in a denser urban area. This is partly to the sparse and declining population in rural areas of the state, which requires counties to obtain more revenue per person to maintain local infrastructure and services.

Look at the Trends

Growth in county revenue varied considerably across Arkansas. Counties themselves also varied in which type of revenue generated the most revenue for their budgets.

Find out how county tax revenue has changed in your county in our Revenue Trends of County Government in Arkansas report. Or read our Fact Sheet that summarizes the revenue trends of Arkansas county governments between 2000–2017.