For a week now I’ve been driving around in the beautiful state of Idaho, marveling at the mountains, the rolling fields of wheat and potatoes and, most of all, the water. The fast moving mountain streams scream of power and some undefinable urgency. Perhaps the urgency is to sculpt the land, as the forces of nature certainly have done over the eons. Or perhaps it is an urgent need to be used before their essence drains away to the sea, perhaps to never return. 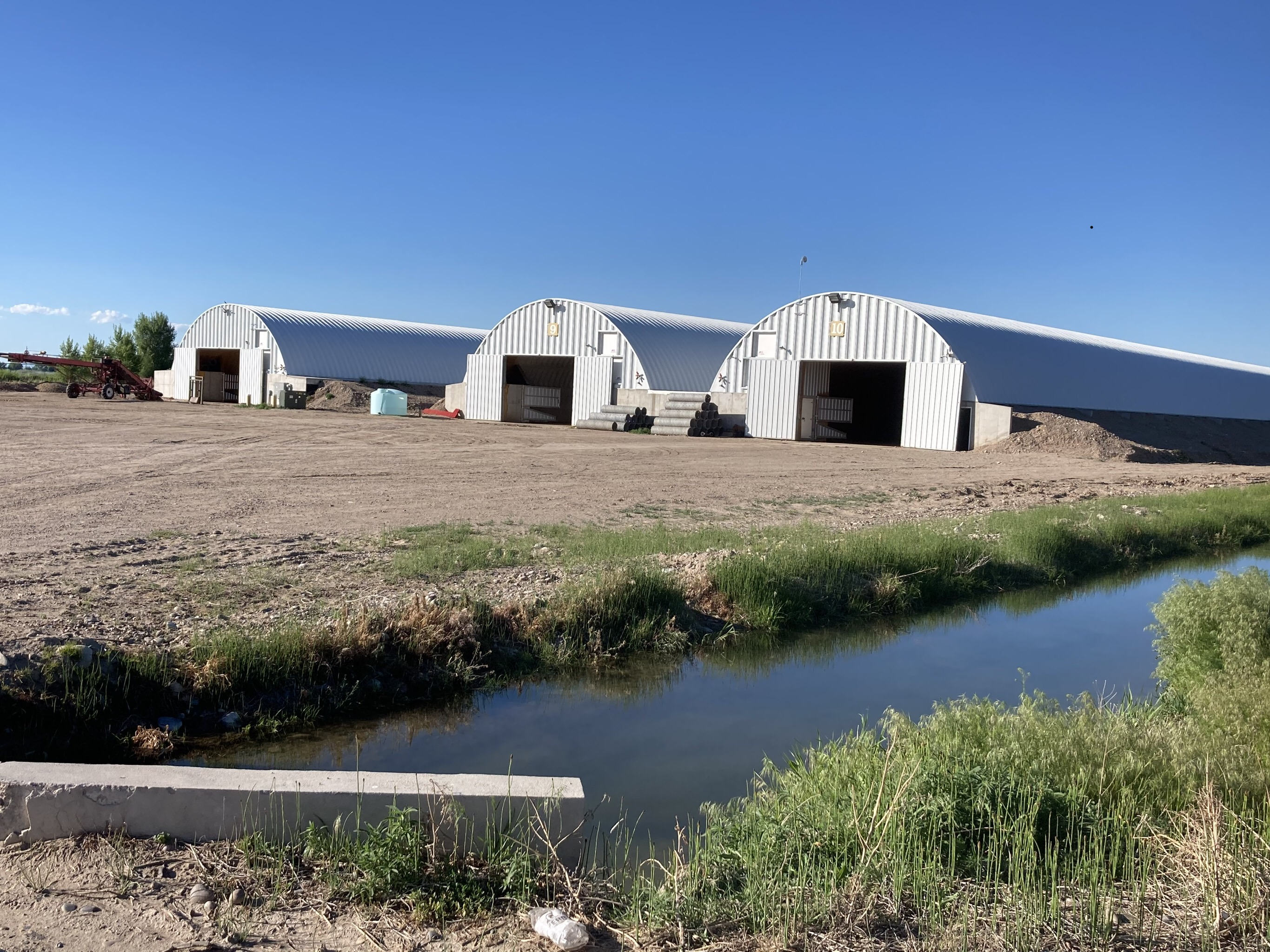 A SELLER'S MARKET — The coulee running by the roadside makes it possible to fill these potato storage barns full of russet potatoes. (Image courtesy Gerald Klingaman.)

But here as everywhere, water is a finite resource. Most of the agriculture I have seen has been in the crescent shaped Snake River Plain that swings through the bottom portion of the state like a crooked grin. The Snake and its tributaries, reservoirs and aquifers provide most of the water needed to make the desert lush and green. For this land is a high sagebrush desert, mostly receiving 10-15 inches of precipitation a year.

When the hearty souls that settled Washington and Oregon passed through here in the 1840s and ‘50s on the fabled Oregon trail, they were not impressed. Only when the more verdant lands to the west were fully occupied, did the travelers begin settling on the dry desert. It took a while but they figuring out how to make a living from it.

Much of the irrigation water spirited away from the Snake River is carried in a network of large and small canals the locals call coulees. These steep sided canals dart through towns, across fields and hither and yawn, carrying the life-giving water to the crops. Most of the canal building began about 1900 and was primarily used to flood the fields. Today, center pivot and wheeled, straight line systems replace flooding, but still there is only so much water. And it can only reach so far. The sagebrush grows on rich fertile volcanic soil, but without water, only sagebrush and scattered clumps of grass survive.

This is a drought year across all of the west, and Idaho has not been spared. Precipitation, a large part of which comes as wintertime snow, is about half of normal and at Twin Falls the river flow rate is down so much that the mighty Shoshone Falls is showing more rock than water.

Idaho is, not surprisingly, the nation’s largest potato producer with more than 100 billion pounds produced on 300,000 acres. With 80 percent of a spud’s weight being water, that is a lot of Snake River water being exported across the nation. Every time you smack down on a French fry you’re enjoying a bit of clear, cold Snake River water. About 60 percent of Idaho’s potatoes are processed into fries, hash browns and potato chips; about 30 percent are sold fresh and about 9 percent are seed potatoes.

Alfalfa is another big crop in the state. Much of the alfalfa crop goes into feeding the state’s rapidly expanding dairy herd, now the third largest in the nation. Milk and other dairy products are mostly water, and most of it is consumed out of state. The alfalfa not used to feed the dairy cows is now being exported to Japan, Korea, Saudi Arabia and, before the trade war, China.

All farmers are selling water, but this reality is more starkly displayed when the crops are grown in a desert using a finite supply of fresh water. The “eat local” movement is growing across the land, but it is doubtful that close-to-home growing will displace Idaho’s hold on potato production. Potatoes evolved in the Andes of South America, so they are at home here in these cool, fertile soils. But we all need to be more mindful of water, for it will become one of the most valuable resources as we move forward into the brave new world.