A couple weeks ago I pulled into Wolf Pen, the Forest Service campground along the Mulberry River upstream from Cass and happened upon a bevy of zebra swallowtail butterflies loading up on minerals leached into the soil alongside the river.  This behavior is called puddling and is primarily done by males as they imbibe an extra supply of sodium. Zebra swallowtails are common across all of Arkansas and one of my favorite butterflies.

These were the spring brood, not quite three inches long with relatively short tails but easily recognizable with their striking black and white racing stripes running the length of their wings.  This species has several broods a year in the south with the summertime hatches having longer tails and reaching as much as four inches long.

I didn’t see any pawpaws around, but I didn’t look very hard. This butterfly, the only species of “kites” 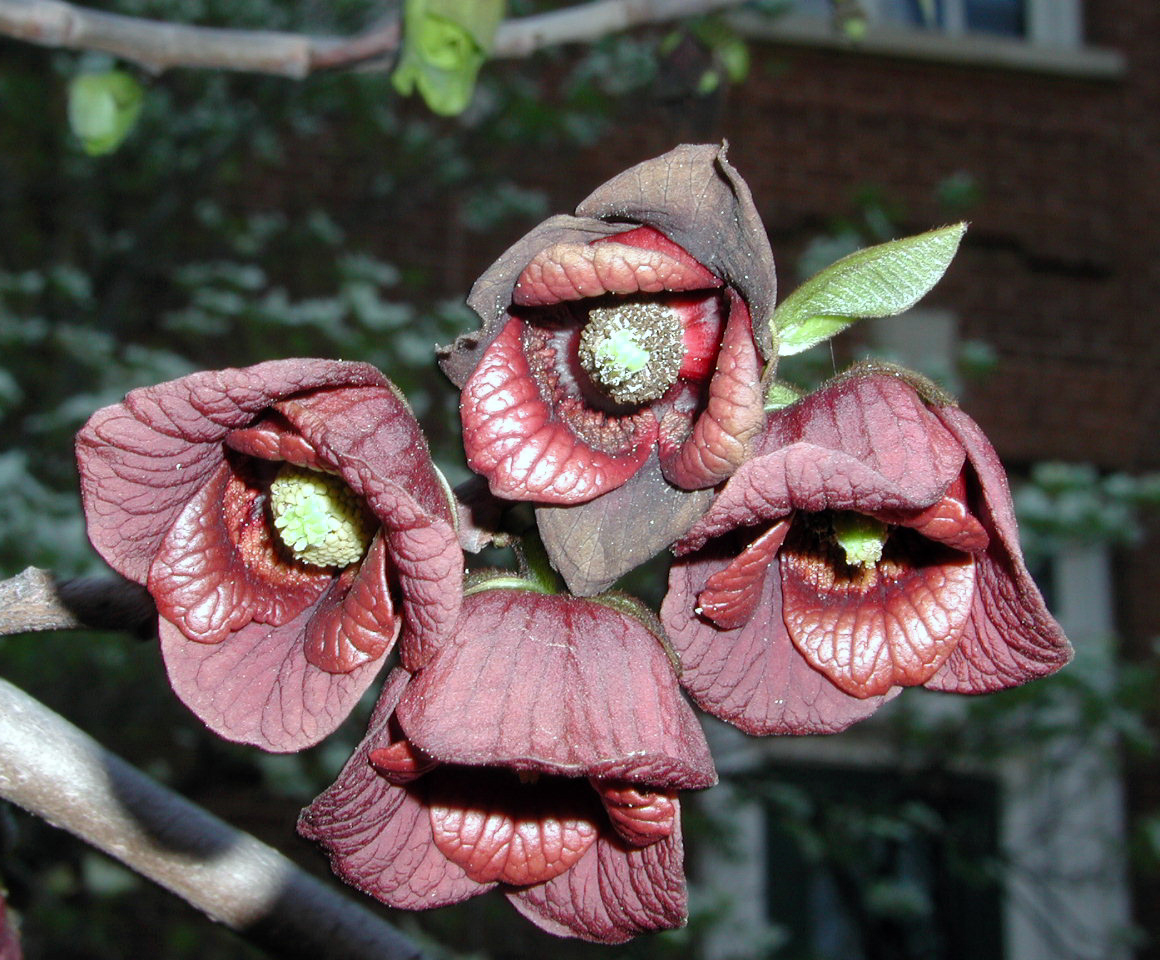 found in North America, feeds exclusively on one of the ten species of Asimina(pawpaws) found in the United States, which is also the only member of the mostly tropical custard-apple family. We have two species of pawpaws in Arkansas but only the common pawpaw has much winter hardiness, so it is the principle host plant for the zebra swallowtail that is occasionally found as far north as southern New England.

The first brood of zebra swallowtails I saw this spring had overwintered on slender branches of a nearby pawpaw tree. Their transformation from an ugly caterpillar to a beautiful butterfly is the stuff of magic, but during the past decade scientists have pulled back the veil in understanding the physical transformation that takes place during metamorphosis.

For the magical transformation to happen during the time the zebra swallowtail pupae spends in the chrysalis, several things must happen in a well-timed sequence. First, there are hormonal changes that occur in the mature caterpillar that signal changes in the genome of the tissues and cells of the caterpillar that start the cascade of events that causes the ugly worm to transform into a completely different creature. 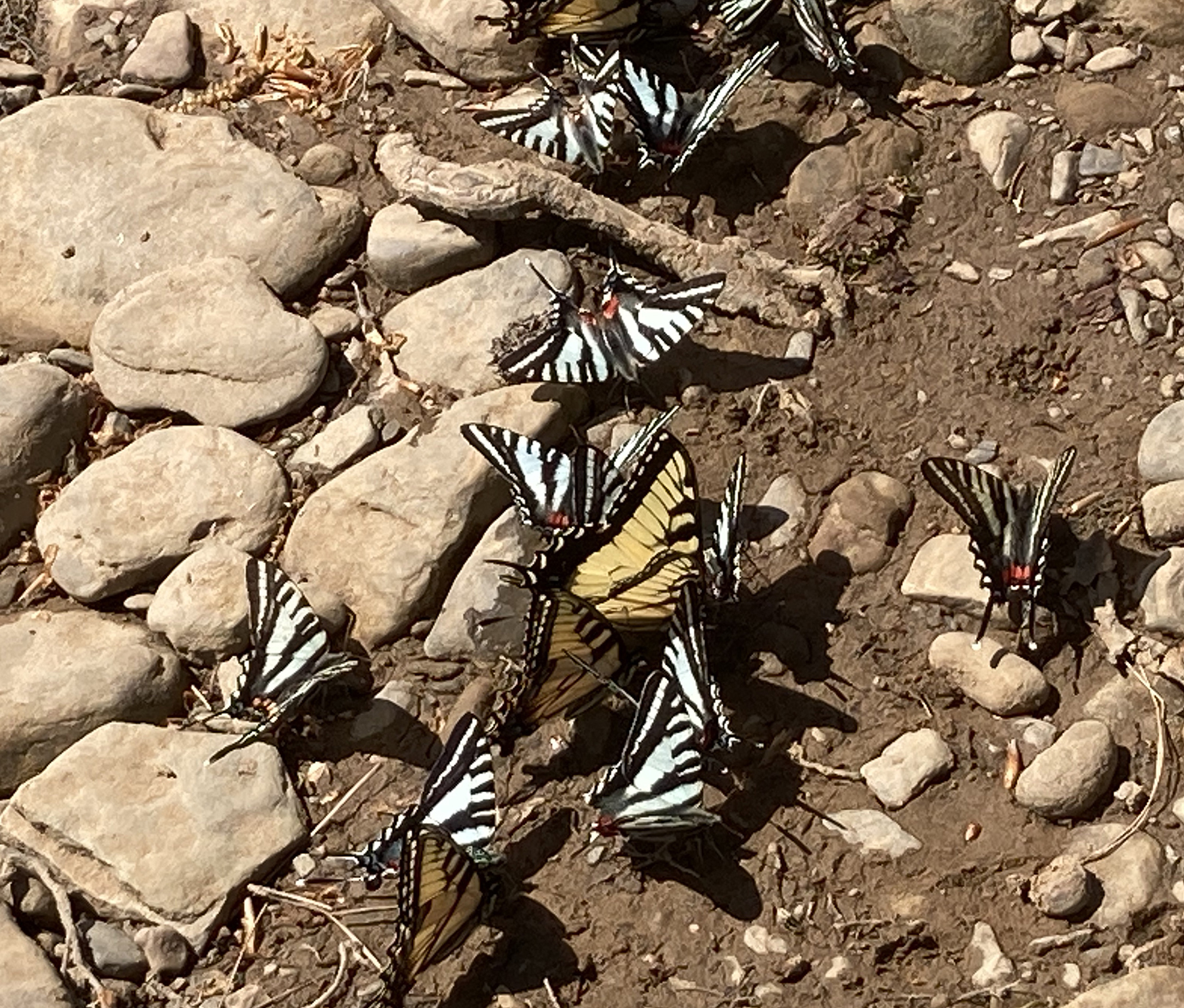 PUDDLING --Zebra swallowtails puddling in mid-April along the Mulberry River to gorge on minerals soon after emerging from their chrysalis.  (Image courtesy Gerald Klingaman)

We all know that DNA contains the complete set of blueprints for making an organism.  In the case of butterflies, the genome contains instructions to build both a caterpillar and a butterfly.  But, during the larval stage of life - one dedicated to consuming vast amounts of pawpaw leaves - only the file drawers containing caterpillar instructions are open.  As the caterpillar enters pupation, hormones signal the production of a suite of caspase enzymes that initiate what is called programmed cell death.

Most of the cells and tissues of the caterpillar are no longer needed in the forming butterfly, so they die and provide the nourishment for the growth of several sacs of undifferentiated cells called imaginal discs.  Think of these sacs of cells as stem cells that can be turned into tissues needed to build a butterfly. There are around 10 major clusters (flies have a total of 19), each with a predictable number of cells ranging from 10,000 to 60,000. The cells in each of these sacs are preprogrammed to turn into legs, wings, or whatever else is needed.

These imaginal discs are laid down while the caterpillar is still an embryo and remain in a kind of stasis until they are signaled to awaken and begin growing into a mature butterfly.  The sequence of events controlling turning genes on and off is becoming clearer every day, but we will leave that discussion for another day.

The butterfly house at the Botanical Garden of the Ozarks had a pawpaw tree but, as far as I observed, was never able to maintain a population of zebra swallowtails.  But, if you wander the stream sides where pawpaws are likely to be found, you might be lucky to encounter this most beautiful butterfly.