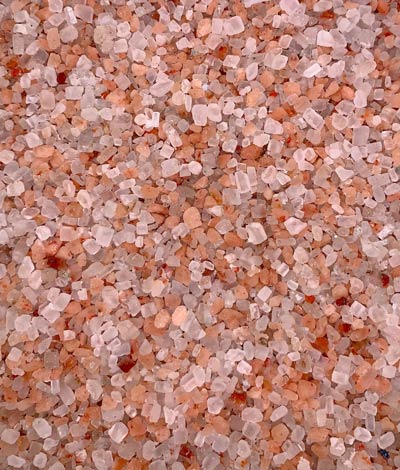 Fertilizer prices have skyrocketed since the first of the year. Over the next few posts, we’re going to discuss some practices that might help alleviate some of that heading into next season. Let’s start with what not to do.

Every time prices get high, these products find their way onto shelves…rebranded and sold as the next big thing. They’re mostly all the same with the same claims. I don’t mind painting with a broad stroke and saying that they’re mostly a waste of your time and money. Are they cheaper than fertilizer? Sure. If it wasn’t cheap, no one would venture a try at using it. That’s how these things are marketed and how farmers get convinced to give it a go.

Just because it’s only $10 per acre and significantly cheaper doesn’t mean it’s worth a shot. Save the diesel expense. Inevitably, there's some testimonial (maybe from a neighbor) about how great their fields looked the year they tried it. Was it a good rain year? Was there an untreated, control area in the field to be able to say that the better grass was due to the product.

Someone will say, “well, it’s better than doing nothing.” But, is it?

That expense could’ve gone toward weed control, a hay test, or any other of a host of things that would be a better investment of time and money. As is the case with nearly any purchase, folks desperately want to believe that they wouldn't have spent their hard-earned dollars on gimmick and will have convinced themselves that it worked.

Fields need a known amount of NPK present to optimize growth. If a soil is 50 lbs. short on potassium and, say, 20 lbs. short on phosphorus to get it to grow fescue/orchardgrass as well as its capable of, then a 10 lb per gallon jug of wonder liquid applied at 1 quart per acre isn’t going to satisfy that requirement. It’ll get sold as “foliar feeding” or “it helps release soil microbes” or something to that effect.

There might be some inkling of sound science in those claims, but there’s no getting around the total nutrient need in the field.

We’ve compared these kinds of products several times in my years with Extension, and the results are nearly always the same. The new and shiny, silver bullet product will yield the same results as the untreated control. And away went your $10 per acre and valuable time.

Yes, fertilizer is high, and yes, maybe you don’t spend the dollars on it this year. But don’t turn around and waste those dollars on a hope that won’t pay off, either. 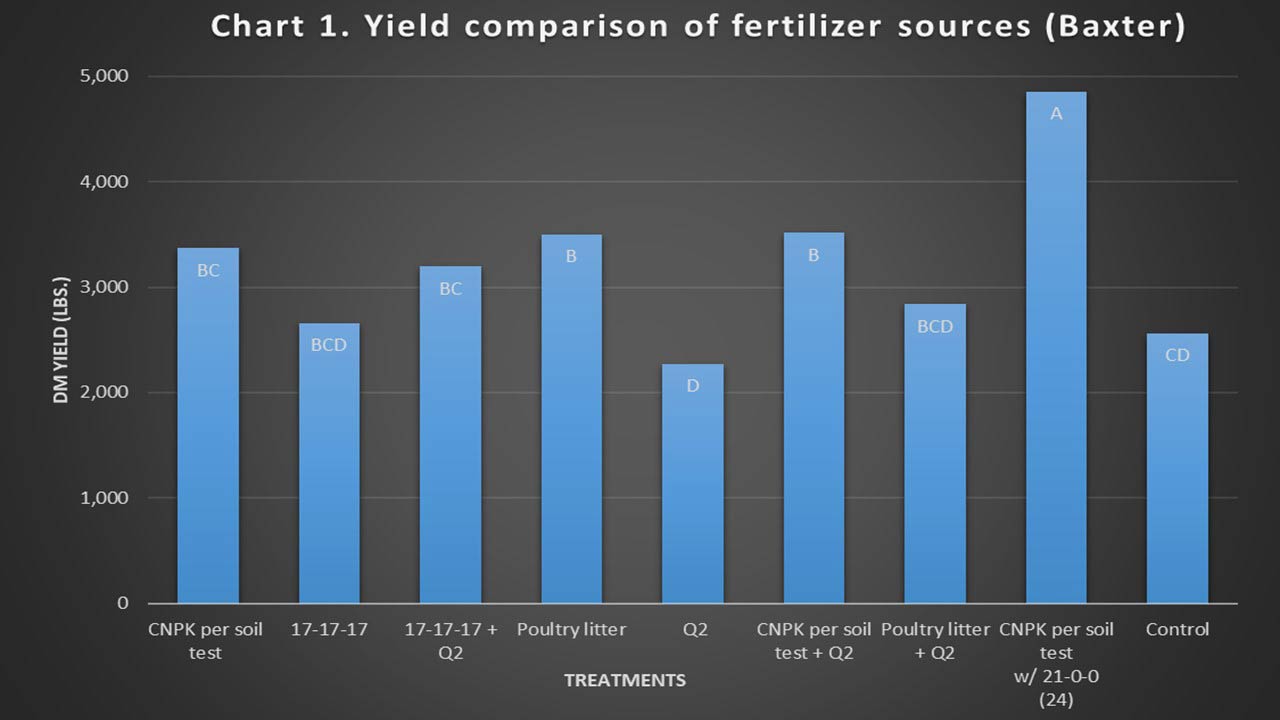 The chart that is included is the bermudagrass yield results where we compared soil test recommended applications, poultry litter, and combinations of the two with a product known as Q2 Plus.