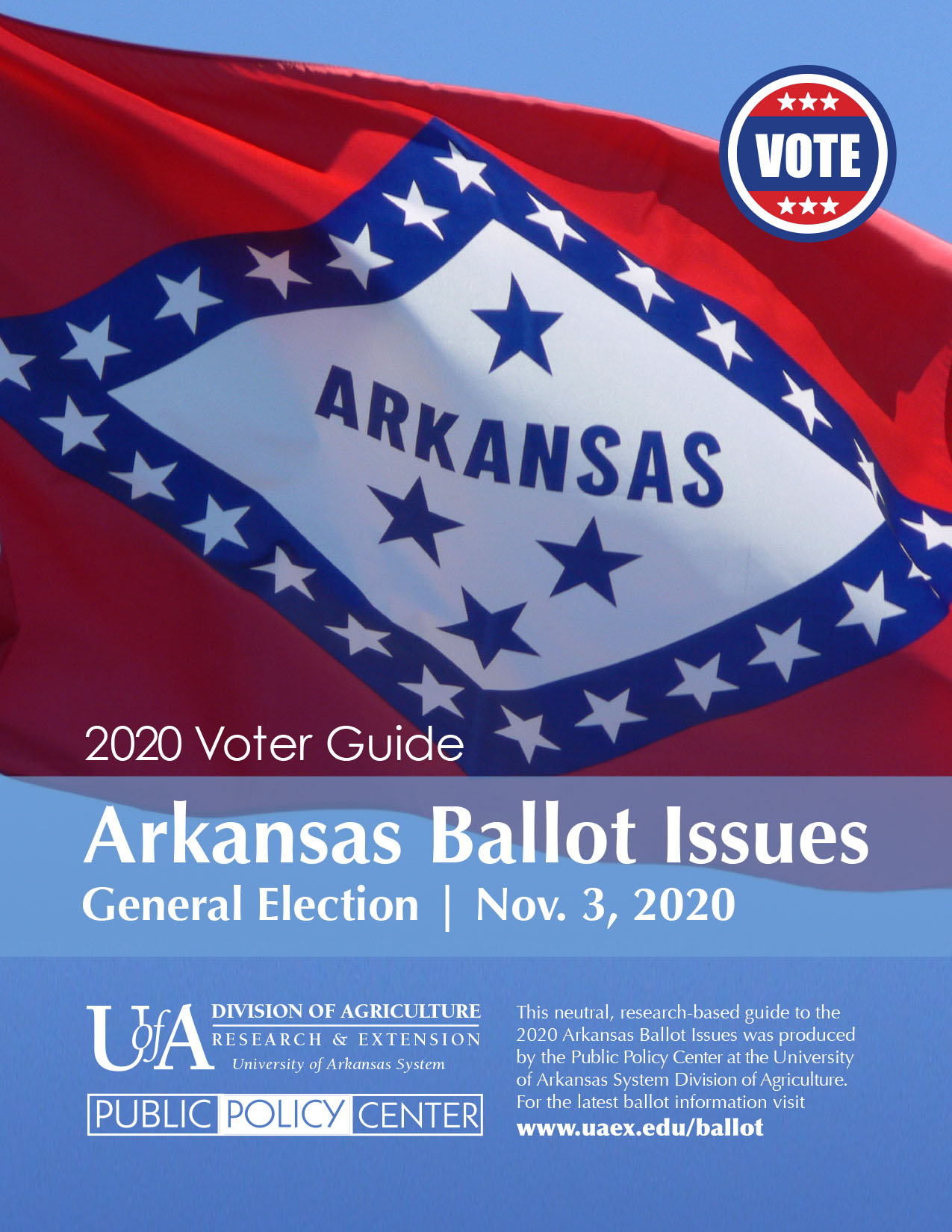 Arkansas voters who like to have information in their hand rather than on the screen can now pick up a printed copy of the 2020 Arkansas Ballot Issue Voter Guide.

The University of Arkansas System Division of Agriculture’s Public Policy Center has published neutral, research-based information on all statewide ballot issues since 2004. The voter guide was published online last month, but hard copies of the guide can now be picked up at every county Extension office.

This year, early voting begins Oct. 19 and Election Day is on Nov. 3. The voter guide can help voters better understand what is being asked of them, said Kristin Higgins, a program associate in the Public Policy Center.

“We want people to be aware that there are ballot issues to decide in addition to candidates,” Higgins said. “The voter guide includes a tear-out worksheet to make notes on, and provides some historical context as well as what a FOR or AGAINST vote would mean.”

Due to printing deadlines, Higgins said the voter guide covers all six statewide ballot issues that had been proposed. The Arkansas Supreme Court recently disqualified Issue 4, Issue 5 and Issue 6. Some voters may see Issue 6 still listed on their ballot because of when ballots were printed, but votes cast on that issue won’t be counted.

Proposals remaining include three constitutional amendments from the legislature. These issues are:

Issue 2 and Issue 3 still face court challenges over their ballot titles so go to www.uaex.uada.edu/ballot for the most up-to-date information. Follow the Public Policy Center on Facebook or Twitter, or sign up to receive the center’s ballot issue education newsletter by emailing publicpoilcycenter@uada.edu.

Arkansans see the popular name and ballot title of each proposed constitutional amendment when casting their votes. Every amendment actually includes more information that is not included on the ballot. Voters can find the full proposals and learn more about what they would do in the voter guide.