The last in a series of voter-approved minimum wage increases will take effect Jan. 1, 2021 in Arkansas, raising the state's minimum hourly wage from $10 to $11 per hour.

Arkansas is one of 25 states where increases to the minimum wage will take place in 2021. Several states tie their minimum wage to inflation and have mandatory increases, while others such as Arkansas' are the result of a ballot issue. 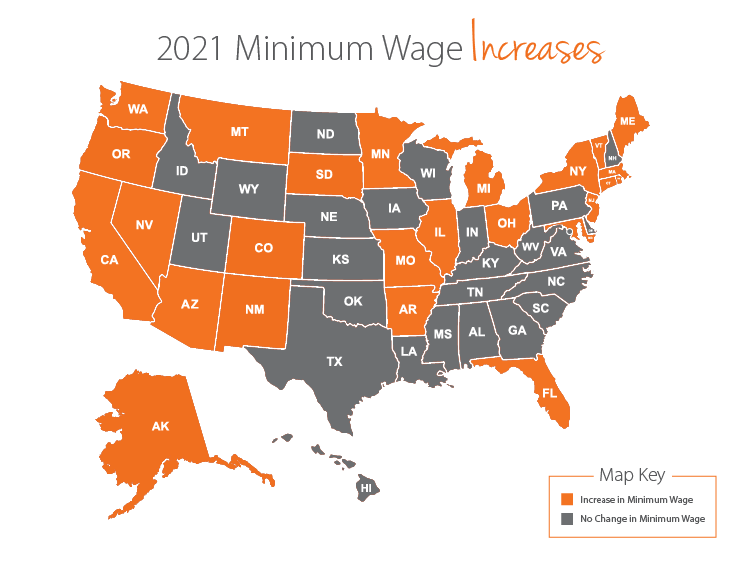 A full-time worker earning Arkansas' new hourly rate would make $22,880 a year before taxes, less than half the average earnings per job in Arkansas. But in a span of a decade Arkansas' minimum hourly wage has increased by $4.75 through the citizen initiative process.

Arkansas Minimum Wage Through The Years

Arkansas' minimum hourly rate remained unchanged until 2015, when the first in a series of voter-approved increases took effect.

Arkansas voters in November 2018 again approved another citizen initiative ballot measure, increasing the hourly minimum wage from $8.50 per hour to $11 per hour by 2021. Voters approved that ballot issue by a vote of 605,784 to 279,046. 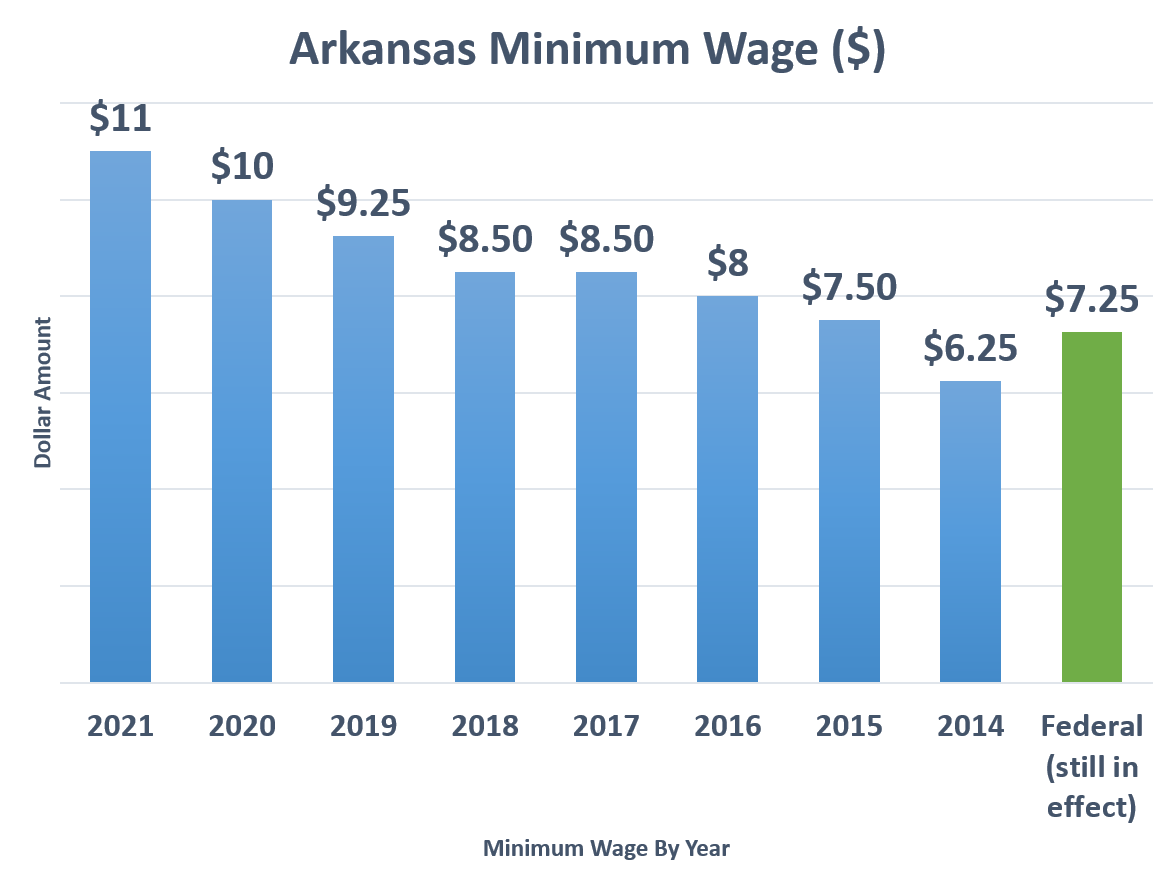 The 2019 Rural Profile of Arkansas, published by the Community, Professional and Economic Development unit, noted a 3.6% increase in the average earnings per job in Arkansas from 2010 to 2016.