Rosemont Memorial in Benton has a lovely tree near military tomb stores on the south end of cemetery. The leaves are shaped like the gingko tree. Will the seed pods that look like popcorn germinate if planted as I would love to have this tree in my yard? 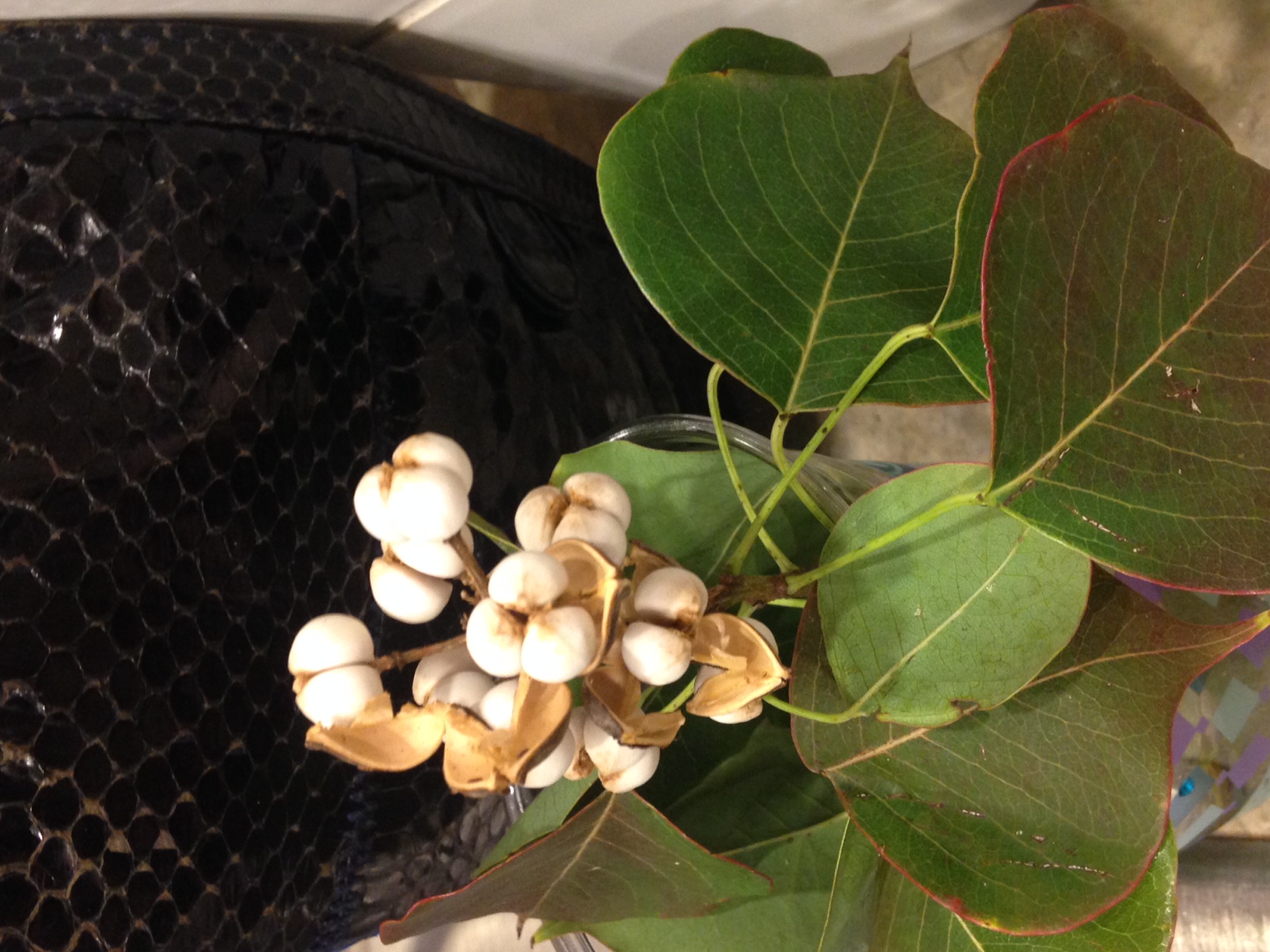 You nailed the common name in your description of the seeds—it is commonly called a Popcorn Tree or Chinese tallow tree - Sapium sebiferum.  While the tree does have interesting, white popcorn-like seeds in the fall and pretty fall color, it can become invasive. In central Arkansas northward, it is often limited by cold weather, but it can spread rapidly in the southern parts of the state.  A mature tree can produce more than 100,000 seeds per year and the trees also propagate by means of “runners” or “suckers.” Many southern states have now declared tallow trees a noxious weed.

Can you tell me what the tree is that's blooming now along the roadsides. It has white blossoms similar to the pear tree and it blooms around the same time, before dogwoods but after the wild plums. I call it the 'popcorn' tree because that's what it reminds me of, but I would really like to know its true name. Is it a variety of wild pear? Someone told me a ‘popcorn’ tree has white fruit, not flowers.

I do think it is a wild pear tree that is blooming now. The ornamental ‘Bradford’ pear has been grossly overplanted in the south and seedlings are emerging everywhere. They are all callery pear seedlings—Pyrus calleryana. Flowers are white and fruit size varies from bb to marble or crabapple sized fruits with thorns common on the stems. While they are attractive when in bloom, they are overtaking native vegetation and becoming a bit of a problem in areas of the state. The ‘Popcorn’ tree you are referring to is also considered an invasive plant but only in southern Arkansas and other southern states. It is Sapium sebiferum, also known as Chinese Tallow tree. It has yellowish flowers which produce a white waxy fruit in the fall which looks like a piece of popped popcorn, thus the common name.

My parents have a tree in their yard that they call a popcorn tree. It has dark green "fruit" on it right now but these will turn white, somewhat resembling popped corn. We would like to purchase one but we're sure there is another name for it. Does this sound familiar?

The tree you are referring to is Sapium sebiferum, commonly called popcorn tree because of the white seeds in the fall. Another common name is Chinese tallow tree, since the Chinese use the waxy coating on the seeds for use in soaps and candles. Actually, the tree in question is considered a nuisance or trash tree in more southern climates, because it freely reseeds itself and has become invasive. In Arkansas, that usually isn't that much of an issue since cooler temperatures can nip it back. You probably won't see it sold at most nurseries, but you could plant some seeds or find one online.