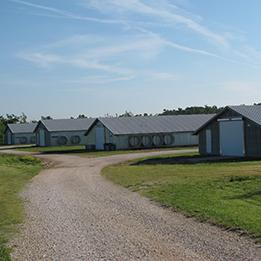 U of A System Division of Agriculture broiler houses.

Arkansas is a leading producer of poultry in the United States.  The poultry industry is the leading industry of Arkansas animal agriculture providing over 40,000 jobs and 40% of the total cash receipts. Arkansas broilers are the largest segment of the poultry industry with broilers being produced in 53 of the 75 counties in Arkansas. The state was number two in the nation in terms of broiler production in 2012 with the production of over 1 billion broilers.  (approximately six  billion pounds of broiler meat and a production  value of $2.82 billion per year).

Arkansas ranked third in 2012 turkey production with the production of over 30 Million turkeys annually (over 607 million pounds of turkey meat  with a production value over $414 Million per year).  Turkey production is concentrated in the northwest and north central areas of the state.

Turkeys in a commercial poultry house. 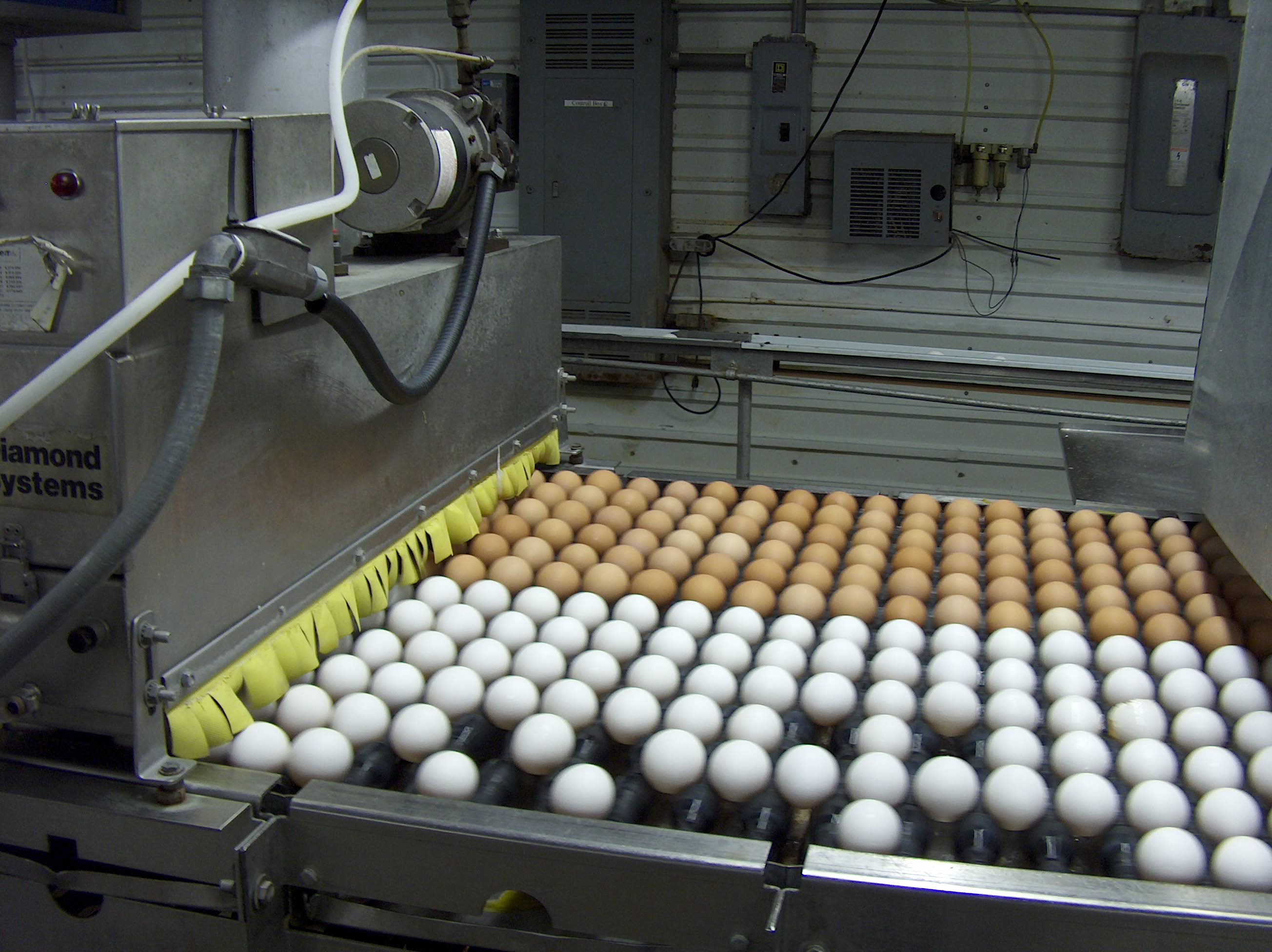 Eggs on a commercial production line.

Poultry of some type are produced on over 6,000 Arkansas farms and accounts for one in four agricultural jobs. Many poultry and egg companies are part of the Arkansas poultry industry.

Arkansas poultry extension personnel are a valuable asset to the poultry industry conducting numerous short courses, workshops, and seminars for the commercial industry annually. Examples of areas of education addressed include:

The applied and basic research programs and projects of poultry extension provide valuable information for application in the poultry industry and are recognized nationally and internationally.