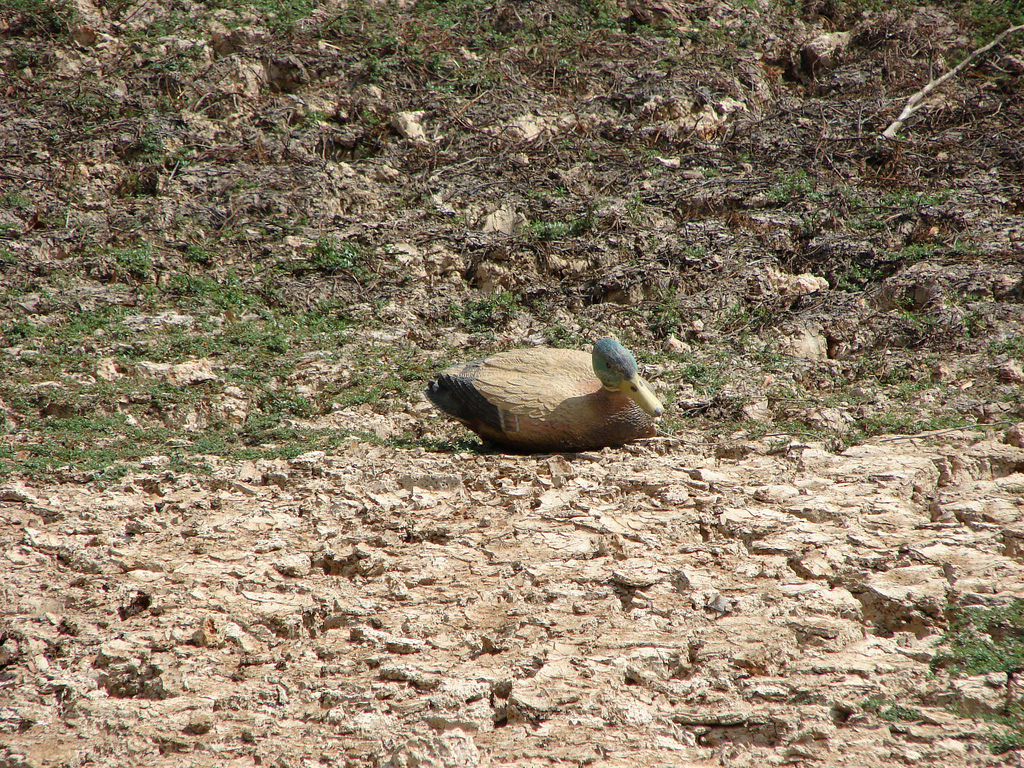 MAROONED -- A duck decoy is stranded in what was a Little River Co. stock pond as SW Arkansas endured a second year of drought. (Photo by Joe Paul Stuart, Aug. 2010. U of A Division of Ag.)

Drought has been a significant issue for Arkansas farmers and ranchers over the past several years. While drought does recede over time, its effects will linger for years to come.

The drought and heat can kill many bermudagrass pastures, not only in Arkansas, but also other places in the South, making hay scarce and prices rise. Heat and lack of rain also can empty many stock ponds, forcing some ranchers to truck in water to help their herds.

Arkansas' row crops sometimes escape the effects of drought, thanks to irrigation and abundant underground and some surface water sources. However, many farmers in the past have paid more in diesel than they had budgeted, to keep the irrigation pumps running and their crops alive.

Drought Publications and other resources

A summary of how the 2012 drought affected row crops and cattle production in Arkansas.

Established in 2009, the center coordinates risk management education programs throughout the southern region primarily through a regional competitive grants program serving the states/territories of Alabama, Arkansas, Georgia, Florida, Kentucky, Louisiana, Mississippi, North Carolina, Oklahoma, South Carolina, Tennessee, Texas, Virginia, Puerto Rico and the Virgin Islands. The Center strives to build networks and relationship throughout the region with growers and industry stakeholders that are diverse and grassroots based.  Our ultimate goal is to deliver results by educating producers.