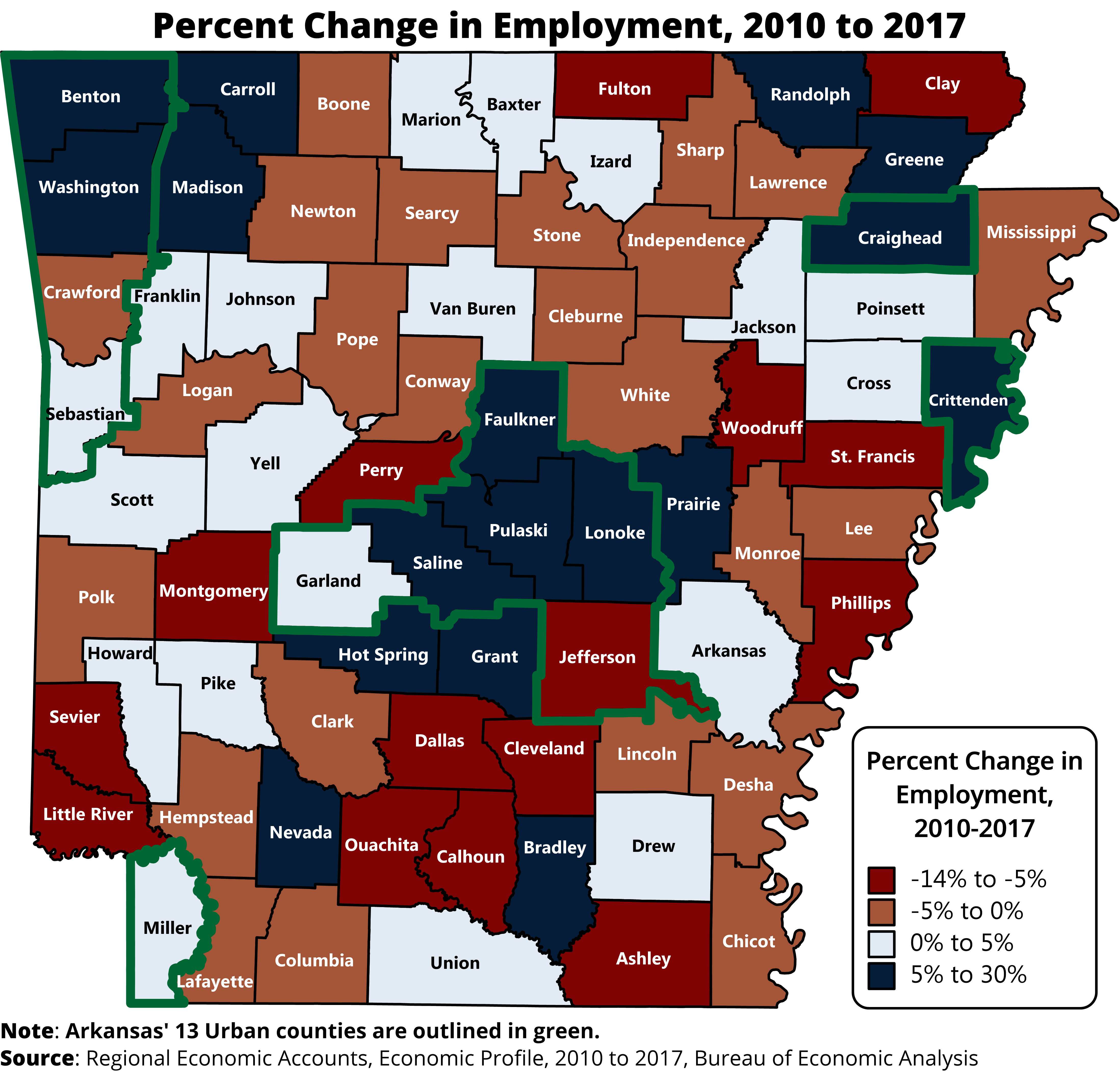 Many rural areas in Arkansas, similar to rural areas across the United States, are losing businesses, employment opportunities and population. In addition to the economic decline, rural areas of the state also suffer from lack of infrastructure and services. This results in a higher share of people who live in poverty and rely more heavily on social services.

The 2019 Rural Profile of Arkansas, which can be accessed at www.uaex.uada.edu/ruralprofile, highlights some of the major demographic, social and economic differences between rural and urban areas of the state.

We will highlight some of these differences in multiple blog posts. We begin with a look at the decline in employment in rural areas of the state.

While the Arkansas’ economy, as measured by total employment, has grown steadily since the end of the Great Recession in 2010, the 6.5% growth between 2010 and 2017 was less than half the national growth, which was 13.7%. 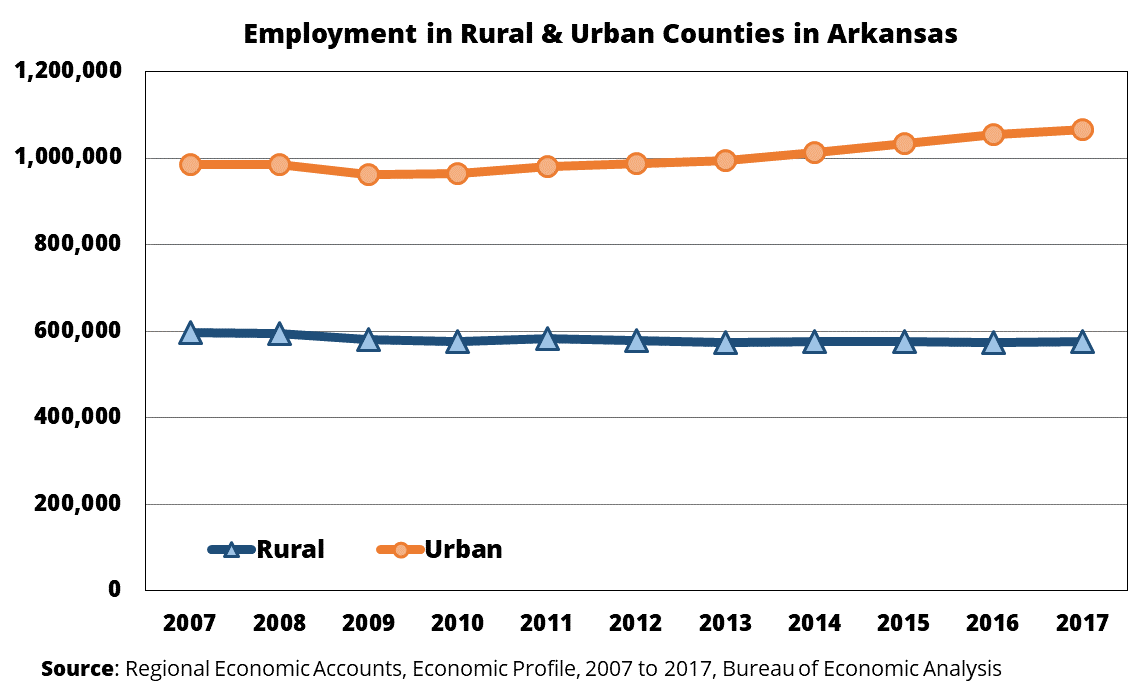 GRAPH — Employment in the rural regions of Arkansas decreased 4% between 2007 and 2017.  While urban employment declined during the Great Recession, it recovered significantly by 2017.

There are many factors driving this trend in declining employment in rural counties. Part of the decline is related to a continuing shift from manufacturing to service sector jobs, which disproportionately affects rural areas.

While there has been a small increase in the number of service jobs in rural areas since the end of the Great Recession, there is a limit to this growth without an increase in the basic export industries.

Rural counties have also lost farm, forestry and mining jobs since 2010. These are basic exporting industries that bring dollars into the county and create tertiary jobs, which support these industries.

For more information about employment trends in Arkansas, see the 2019 Rural Profile of Arkansas. For assistance in identifying opportunities and implement strategies to grow your regional economy, contact your county extension agent or our Community & Economic Development program.