Plant of the Week: Plants

This is a milestone event for me, with this column representing number 1,000. Twenty years ago I began preparing these weekly musings on plants, their histories and how they fit in our gardens. Looking back, some have described really popular, important plants while others have strayed so far into the weeds, at least metaphorically speaking, that no one but me was probably interested. But I’m still having fun, so I hope you will stick with me a while longer. For this anniversary piece, I want to discuss plants in their broadest sense. 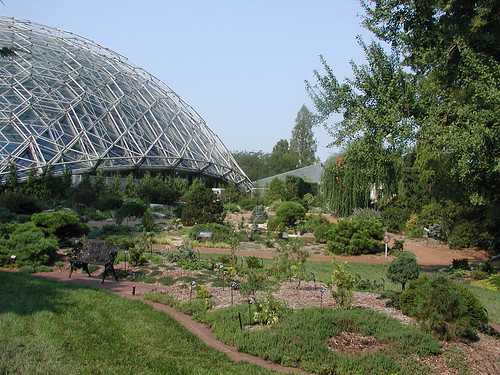 Everyone knows what a plant is, but in science we have to set boundaries. The modern definition of what is and is not a plant has changed during my working career. Broadly speaking, a plant is multi-cellular, contains cellulose in its cell walls and is capable of photosynthesis. Many algae, lichens, and all of the green plants we grow in our gardens fit this definition, though a few parasitic plants such as dodder don’t actually photosynthesize. The new classification excludes fungi, which were long considered plants.

Photosynthesis, as we know it now, is believed to have started about 1.2 billion years ago when some multicellular ooze captured some cyanobacteria and formed a symbiotic relationship. About 450 million years ago, land plants with recognizable features first appeared.  Some of my favorite plants — ferns, ginkgo and cycads — made their first appearance on earth about 100 million years later.

There are an estimated 300,000 plant species in the world. Arkansas, because of its relatively temperate climate, has fewer than 3,000 native species. Worldwide, about 20,000 plants are grown as ornamentals in gardens but only a fraction of these are grown over a wide area or can be grown outside of a greenhouse environment.

But these numbers don’t mean much to gardeners. Gardens are all about individual plants. Because plants can be clonally propagated, we migrate to the best of the best. And we grow them for a long time. Some date palms are clones that were first grown in the time of Christ. Some wine grape selections have been grown for three centuries. The russet potato we bake for supper is more than 150 years old.

Identifying the best garden plant is a challenge because human nature seems to drive us as a species to constantly want new and different. In the early years of our modern consumer age, Henry Ford famously said people could have their Model T Fords in any color they wished, as long as it was black. Today, marketers have changed their tune and are constantly using techniques that discourage the tried and true in favor of the new and improved. Garden plants, following this societal trend writ-large, have become a revolving door of new plants that are grown for a few years and then discarded.

Chronicling these comings and goings — whether they be on the geological time scale or the quarterly profit report of a big-box store bottom line — I find fascinating. Plants tell stories, and I’m a sucker for a good story.