One of my first interests in gardening was flowering bulbs. The idea of planting a bulb in the fall and watching it emerge in the spring fully formed as a flower fed into the mystique of nature and nourished my curiosity. But I never especially liked hyacinths. Something about them struck me as overdone, almost plasticized in their appearance. 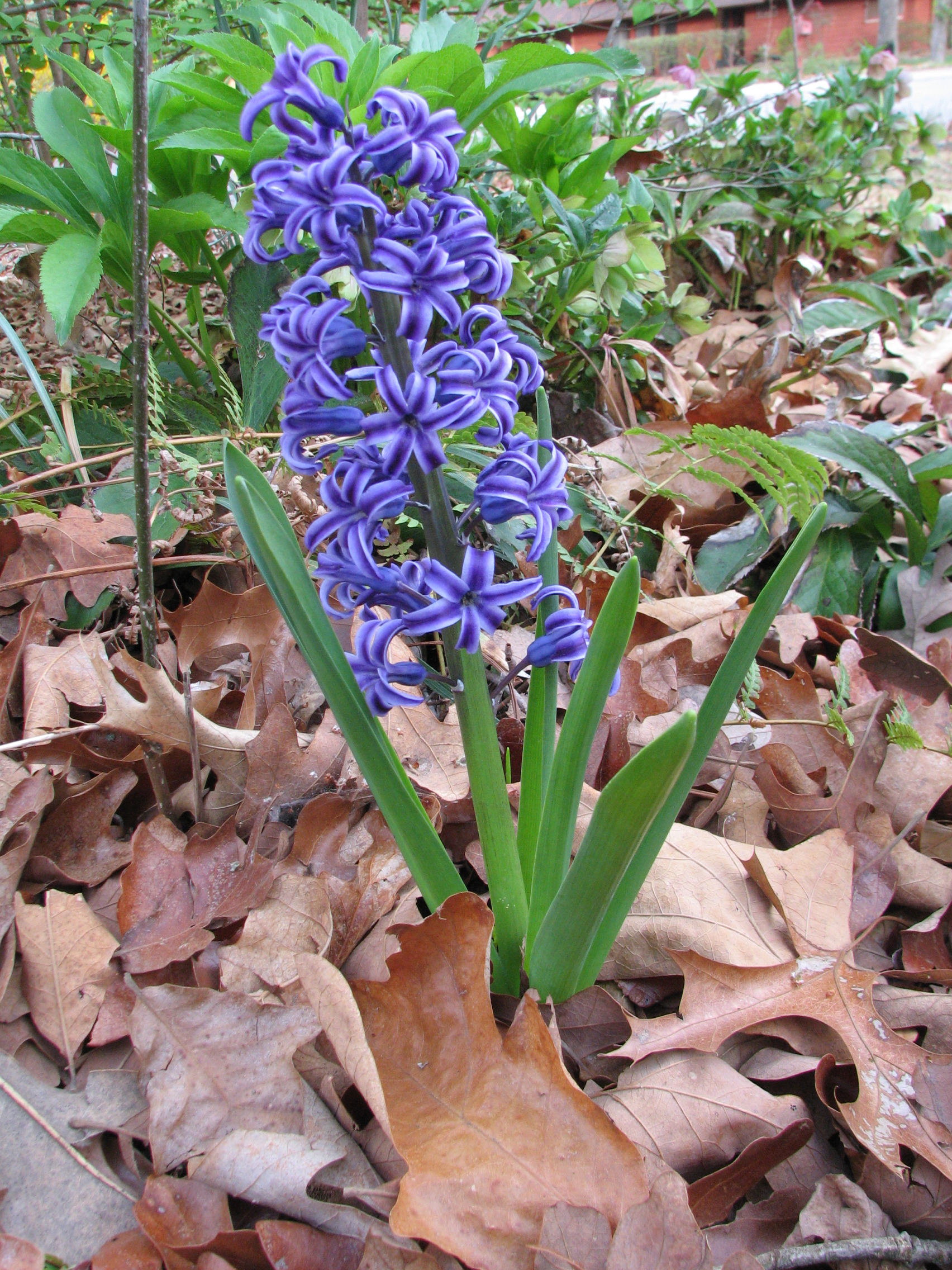 IN BLOOM — The garden hyacinth is now classified as a member of the Scilla subfamily of the Asparagus clan. There are only three species in the genus with H. orientalis native to the eastern Mediterranean region from Turkey to Iran, and Syria to northern Israel. Unlike most garden plants, the garden hyacinth we grow today originated from selections and variants from just this one species. (Image courtesy Gerald Klingaman.)

The garden hyacinth (Hyacinth orientalis) is now classified as a member of the Scilla subfamily of the Asparagus clan. There are only three species in the genus with H. orientalis native to the eastern Mediterranean region from Turkey to Iran, and Syria to northern Israel. Unlike most garden plants, the garden hyacinth we grow today originated from selections and variants from just this one species.

It is a long-lived bulbous plant with a few fleshy, strap shaped leaves surrounding the single stout flower scape that grows to a foot tall with from five to 40 tubular, six-petaled florets that are to an inch long. The usual color is blue for the species but cultivars ranging from white to yellow, pink and red are available. The intense cloying smell of hyacinth flowers is unforgettable, and at least to me, off-putting in a confined space.

Clusius’ importance to the world of Dutch bulbs sprung from his acquaintance with Ogler Ghiselin de Busbecq, an herbalist and keen gardener who served as Ambassador to the Ottoman Empire between 1554 and 1562 for the King of Austria. Bulbs de Busbecq had obtained in Constantinople were shared with Clusius for his gardens in Vienna. Later, when Clusius became a professor at the University of Leiden in Netherlands in 1593, he took the bulbs along and launched the world-famous Dutch bulb industry.

Initially, hyacinths were not an especially important bulb crop, being outshone by tulips. But during the 17th century the color range of the flowers were expanded and the French began making perfumes from the flowers. At the end of that century a double-flowered form was discovered and the garden world went crazy for hyacinths. In the 1730s a market frenzy developed and double flowered hyacinth clones were selling for outlandish prices, just as had occurred with tulips a century earlier. At the start of the 18th century there were 50 clones of hyacinths being sold. By the end of the century, 2000 were being offered with two thirds of these double flowered selections.

But the world moved on. Today there are only about three dozen hyacinth clones offered in the bulb trade with all of them single flowered. Double flowered forms are said to still be offered but I have never seen them listed nor have I seen one in flower.

Hyacinths are amongst the easiest bulbs to grow. If planted in the garden, space them about six inches apart (four bulbs per square foot) in a sunny, well drained garden soil. Flowering is in mid spring. Once planted, they will persist for a number of years, but as bulb size decreases so will the number of blooms on the flower spike. I find these diminished plants more appealing than the over-stuffed displays of new plantings.

If indoor forcing is your thing, hyacinths are amongst the easiest bulbs to force. The bulbs need eight weeks of chilling around 45 degrees F to achieve flowering. Even unpotted bulbs can be chilled and then allowed to root into a tray of pebbles or directly into a hyacinth vase. If the bulb has been sufficiently chilled, flowering will begin in about five weeks from moving to room-temperature conditions.