What kind of plant is this and should I cut it back before putting it inside for the winter?  This is only the second summer it has been outside. Last winter I did not cut it back but instead I replanted it in a bigger pot. It is approximately 14 years old. 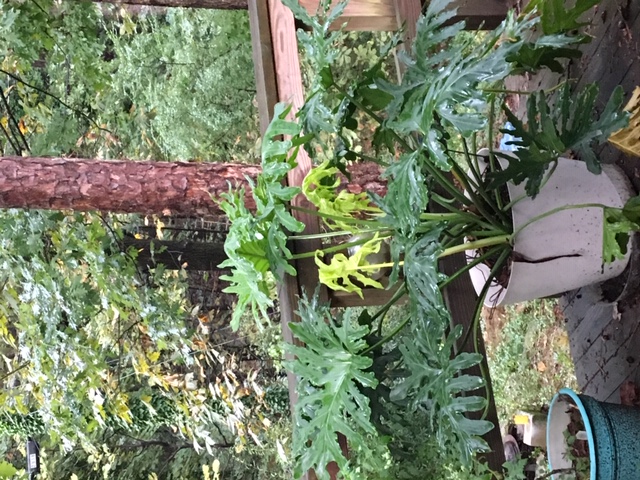 The plant in question is a philodendron, commonly called tree philodendron – Philodendron selloum. Moving tropical houseplants outside, has them growing in leaps and bounds, since they thrive in heat and humidity, which we have in abundance every summer.  They can get quite large, and finding a place for it inside can become challenging with age.  If you can, do as little pruning as possible when you move it back inside, since you may have a little die back on its own. Also upgrading the pot size encourages growth even more. If you want to limit growth in future years, you can repot to prevent the pot-bound conditions, but simply shave off some roots along the side of the root ball and put it back into the same sized container.

I'm hoping you can tell me the name of this plant by looking at this photograph. I was given a small cutting about 4 years ago. It didn't grow much until about a year ago. Now it's producing lots of new leaves that are really large, which of course is what the mother plant looked like. I'm not sure about if it blossoms, but I hope it will. 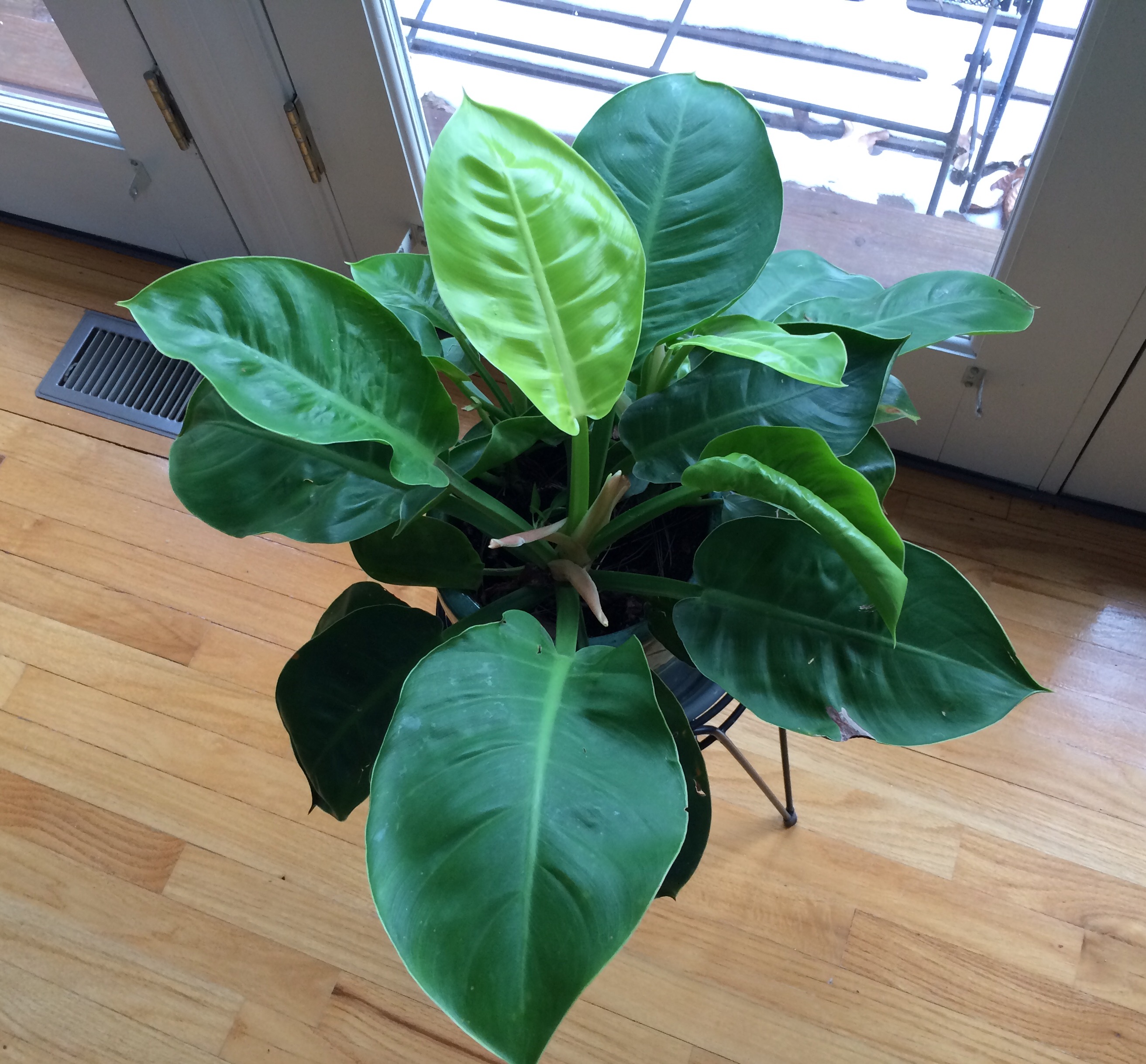 The plant in question is a type of shrubby philodendron, not one of the vining types. There are many different cultivars and hybrids of philodendrons, but my guess would be Philodendron 'Imperial Green'.  These plants are grown for their glossy foliage.  As with most philodendrons, they are pretty tough plants that rarely flower.

I would like to repot a huge Philodendron. The plant is so large, I can stand under the leaves of the plant and I'm 5'8" tall. I have it planted in a fifty-five gallon barrel that I cut in half. The worst mistake I made was planting it in dirt instead of potting soil. I would now like to re-pot it in potting soil, to make it a little lighter. What is the best way to get it out of the barrel, remove the dirt, and replace it with potting soil? By the way, the plant is about 25 years old.

Now would be the ideal time to do it, because you can move the plant outdoors for this messy task. Getting it out of the container may be a challenge, since the pot is so heavy, especially with the actual soil instead of the lightweight potting mix. If possible, turn the plant on the side trying to protect as much of the upper limbs as possible. If you can't lay the pot over, use a shovel and try to wedge it out, then empty out the soil and fill with potting soil. You can remove the soil from the root system using a hose. Then repot with the lighter weight soil, spreading out the root system in the process. Philodendrons are tough plants and usually can take a little abuse in stride.