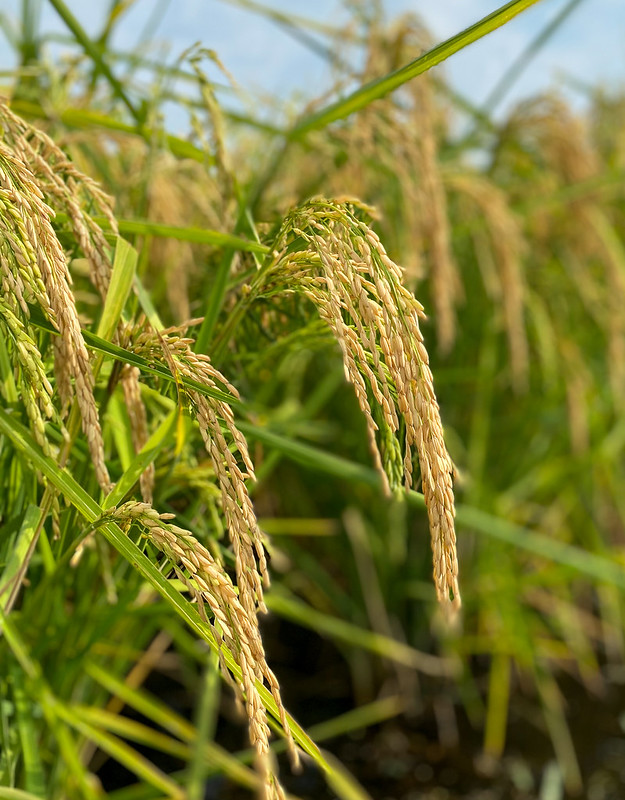 NASS is part of the U.S. Department of Agriculture.

“One of the most eye-catching adjustments on Monday was to U.S. long-grain production,” said Scott Stiles, extension economist for the University of Arkansas System Division of Agriculture, said on Monday. “It was lowered 8 million hundredweight this month on a combination of lower acres and yield.”

The market reaction has been positive following the report,” he said. “November rice closed about 11 cents higher on Monday at $17.70 per hundredweight.”

Jarrod Hardke, extension rice agronomist for the Division of Agriculture, said the new numbers are within projections.

“The lowering of acres still keeps things around the 1.1 million acre mark we were projecting,” he said.

“As for yield, the reduction now puts the projections within the range we expected, which was similar to the few years preceding the record yields of 2021,” he said. “Still very good yield potential but not going to challenge last year’s yield record. Given that we still have a large amount of the crop to harvest, much remains to be seen on where the yields really are.”

On the U.S. long-grain balance sheet, there were also some reductions to demand. Domestic use was lowered 3 million hundredweight and exports trimmed by 2 million.

“The net result was a 2.8 million reduction in ending stocks to a total of 20.9 million hundredweight — the lowest since 2019,” Stiles said. “The long-grain average producer price for the ’22-‘23 marketing year is projected to be a record $7.43 per bushel.”

Adverse weather in rice-growing regions of China and India have also made an impact.

Stiles said most of the reduction was due to excessive heat and dry conditions in the western Cornbelt states.

“The biggest bean yield reductions were pretty much in the corridor from Texas to South Dakota — the area most impacted by drought this year.”

U.S. soybean stocks are projected to be tight at 200 million bushels in the ’22-’23 marketing year. USDA projects the average producer price for the 2022 crop to be $14.35, the second highest on record and the highest since 2012.

As Arkansas approaches cotton harvest, the state saw a bump in the number of projected harvested acres from 490,000 to 630,000.

“Overall, the U.S. harvested acres were increased 747,000,” Stiles said. “Most of that came from increases in Texas, Arkansas and Georgia.”

That’s a significant increase from the August USDA report that had the total U.S. cotton acres at their lowest since the Civil War. The difference is attributed to information reported by farmers to FSA.

The supply/demand numbers from USDA were not bullish. With the increase in harvested acres, production was increased by 1.26 million bales to 13.83 million.

Ending stocks were increased by 900,000 bales to 2.7 million. Stocks are still historically tight and the lowest since 2013.

Bill Robertson, extension cotton agronomist for the Division of Agriculture, said the report had one surprise.

“We’ve seen some fields getting close to harvest, but none harvested,” he said. “These fields are looking good — not as good as last year but pretty good.”

The good-looking fields were those that saw timely irrigation, he said.

Over the last few years, defoliation has only picked up steam in mid-September, Robertson said. This year appears to be following that trend.

“The high-pressure system that is sitting on top of us now and for the next week or so will help get things rolling,” he said.