Is it legal to collect rainwater in Arkansas?
skip to main content
Conservation

Is it Legal to Collect Rainwater in Arkansas? 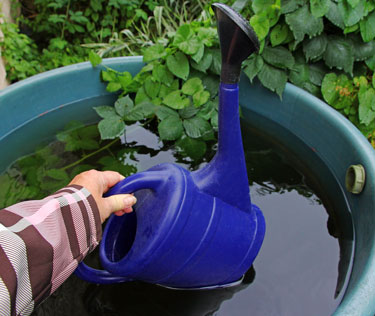 A great way to collect rainwater is with a rain barrel! To get started, check out our how to build a rain barrel page  .

What Are Water Rights?

“Water rights” refers to the right of users to take water from a water source and use it or sell it. In areas where there is plenty of water and low demand, there is not much controversy; but where demand is high, like in western states, conflict over water can determine success or failure of agricultural enterprises, limit growth and development of cities, and determine profitability of industries.

What Are the Different Water Rights in Arkansas?

The water laws in Arkansas are all based on riparian doctrine.

Under riparian doctrine, the riparian landowner has a right to the water, with some limits. Generally, it may not be unreasonably detained or diverted. However, the definition of reasonable use varies from state to state.

Arkansas is in the humid region of the U.S. It has a large number of lakes and rivers and historically has had few periods of water shortage. Like most eastern states, it recognizes the riparian doctrine as the basis for water law. 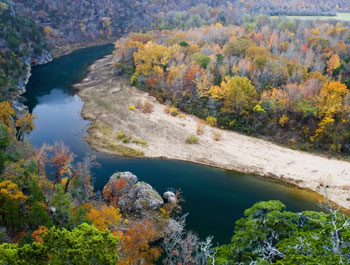 Riparian landowners may use all of the water they need from the adjacent source, but must limit their use if all riparian needs cannot be met. A riparian landowner who wishes to divert more than 325,900 gallons (1 acre-foot) in any given year, must register with the Arkansas Natural Resource Commission (ANRC). Failure to register is subject to penalty. Riparian rights may not be sold apart from the land.

A non-riparian landowner may apply for a permit to divert water if there is excess water (see definition below). Based on the estimation procedure specified in Arkansas statute, Arkansas has more than 10 million acre-feet of excess water.

Before a non-riparian application is considered, the applicant must show proof that he/she has leased or has received permission from a riparian landowner to form an easement. The Director determines if the proposed water is excess water, and if it is intended for a reasonable and beneficial use (see definition below). The Director may grant the permit and place conditions such as restricting withdrawal to certain seasons. A non-riparian landowner may lose his/her permit if any condition of the permit is violated or if the water is not put to use within two years from the date of issuance. The applicant for a water permit has the right to protest the action of the Director in either granting or canceling a permit. Permits may be issued for periods up to 50 years.

The following uses of water are permitted without allocation:

Interstate transfer or sale of water (except bottled water) requires a process similar to the intra and inter-basin transfer, however that the Arkansas General Assembly must approve the permit after the ANRC evaluates: (1) water availability in Arkansas and in the state to where it will be sold, (2) the present and future water demands of water users in Arkansas, (3) whether there are water shortages in Arkansas, (4) whether the water to be transported could be used to alleviate water shortages within Arkansas, and (5) the demands placed upon the applicant’s supply in the state of intended use. If the ANRC recommends the transfer of water, it will recommend a price to be paid to the state of Arkansas.

What Happens to Water Rights in a Shortage?

The ANRC has developed a system of priorities for water allocation during periods of water shortage. Domestic and municipal use, minimum stream flow, and federal reserved rights must first be met. Once these needs are met, there is an allocation hierarchy that gives first priority to riparian landowners involved in agriculture, followed by industry, hydropower, and recreation. Next preference is given to riparian landowners who are not registered but have used the water before, followed by non-riparian intra-basin transfers, and then non-riparian inter-basin transfers. At the bottom of the list, and the first that must decrease or cease diversions, are out of state transfers and riparian landowners who have never used the water.

Arkansas landowners have a right to withdraw ground water from underlying aquifers without limit as long as the water is put to beneficial use. This right cannot be sold separately from the land. Registration is required for wells with a maximum flow rate greater than 50,000 gallons per day.

Even though Arkansas has a lot of surface water, 63 percent of the water utilized comes from ground water. In 2005 there were almost 55,000 registered wells reported, 98 percent designated for irrigation. In some areas, the ground water is being withdrawn faster than it can be recharged, resulting in declining levels. If an aquifer is affected by over pumping, the ANRC may list it as critical. Consequently, a five-county area of the Sparta Aquifer in Southern Arkansas and the alluvial and Sparta/Memphis aquifers in the Grand Prairie Area in Eastern Arkansas were designated critical regions in 1996 and 1998, respectively. Although the critical regions are not regulated, there are tax incentives for water conservation practices.

A law passed in 2001 identified the Sparta, Memphis, Cockfield, Cane River, Carrizo, Wilcox, Nacatoch, Roubidoux, and Gunter formations as sustaining aquifers (see definition below) and mandated that any wells withdrawing water from them must have a properly functioning metering device. Domestic wells were exempt.

Download our factsheet for more information on water rights in Arkansas