Arkansas is home to a number of weeds, which simply put, are just plants out of place. These can be noxious or invasive. Keep a vigilent eye on fields and other areas weeds are capable of growing in order to detect an invasive species as soon as possible. It is important to be able to correctly identify these invasive species so that you can properly control or eradicate the problem.

The simplest definition of a ‘weed’ is simply a ‘plant out of place’. Probably no one would disagree that crabgrass or Chinese privet (Ligustrum sinense) are weeds. Many times though the determination of whether a plant is a weed or not depends on your situation. As an example, our native Eastern red cedar (Juniperus virginiana) might be a wonderful ornamental plant in your yard, but for someone trying to maintain grass pasture land, it is a weed.  The Weed Science Society of America defines a weed as: ‘a plant that causes economic losses or ecological damage, creates health problems for humans or animals, or is undesirable where it is growing.’ 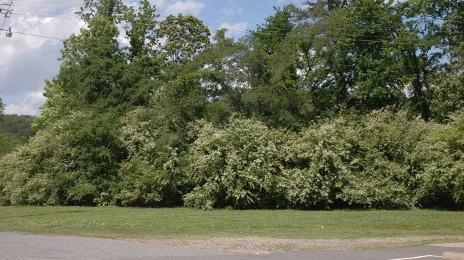 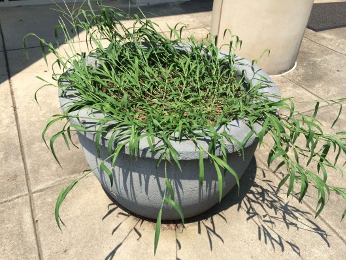 Whether a plant is considered a weed may depend on the situation.  Take for example our native Eastern red cedar (Juniperus virginiana).  It may be a useful plant in your landscape but a ‘weed’ in other circumstances. 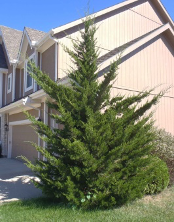 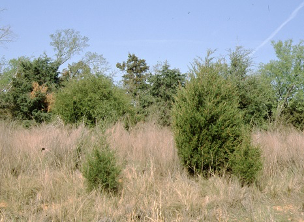 ‘Noxious’ weeds are plants that have been designated by Federal, state, or local governments to be injurious to public health, agriculture, recreation, wildlife or property.  These are lists established by regulatory agencies. Once a weed is classified as noxious, authorities can implement quarantines and take other actions to contain or destroy the weed and limit its spread.  Certain states (e.g. Oregon, Florida, Hawaii) have gone so far as to establish a formal rating system to help them determine whether a plant is a noxious weed or not.  Criterion that Oregon uses include detrimental effects, reproductive capacity, difficulty to control, distribution, and ecological impact. 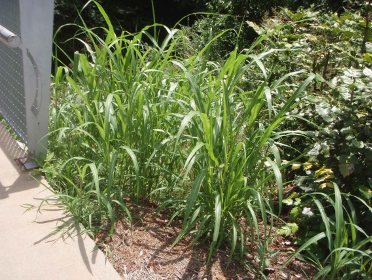 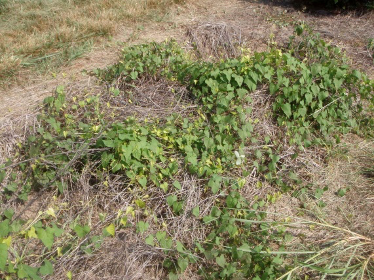 As is the case in many other states, the Arkansas Department of Agriculture maintains a list of ‘noxious weeds’ (https://www.agriculture.arkansas.gov/plant-industries/seed-section/certification/noxious-weeds/ ). The Arkansas noxious weed list is composed primarily of weeds that pose a problem in row crop agriculture. That may help explain why ‘bermudagrass’ is on the Arkansas ‘noxious’ weed list since bermudagrass is an important lawn turf species and is grown as a high quality forage grass. Many plants listed on the Arkansas list are there because of concern with contamination of agricultural seed lots.

Invasive plants are undeniably the focus of great discussion.  The topic is full of issues and perspectives and there are no easy answers.  There is no disagreement that invasive plants have economic impact in the U.S. One study reports the total damage to the U.S. economy each year from reductions in crop yields and pasture forage caused by non-native plants amounts to $27 billion.

In 1999, President Bill Clinton signed an Executive Order (13112) establishing the National Invasive Species Council to prevent the introduction of invasive species and provide for their control and to minimize the economic, ecological, and human health impacts that invasive species cause.  The Order was designed to set the foundation and provide a framework from which this issue can be addressed at a national level. The Executive Order defines an invasive plant as ‘an alien species whose introduction does or is likely to cause economic or environmental harm or harm to human health.’

When discussing invasive weeds it is important to understand that labeling these plants as such is more of a continuum rather than a one size fits all. For each invasive weed we need to consider the aggressiveness of the plant and whether the plant distribution is restricted or widespread.  For example, in Arkansas, wild-type callery pear (Pyrus hybrid), kudzu (Pueraria lobata), and Chinese privet (Ligustrum sinense) could be labeled as ‘widespread and aggressive’. 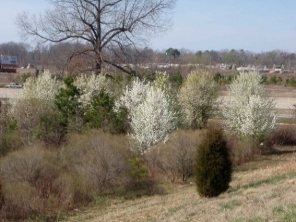 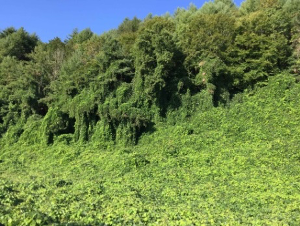 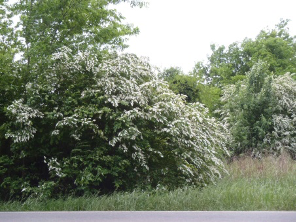 On the other end of the spectrum is a group of plants that are restricted and less aggressive in Arkansas. Examples include princess tree (Paulownia tomentosa) and greater periwinkle (Vinca major). 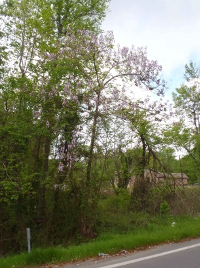 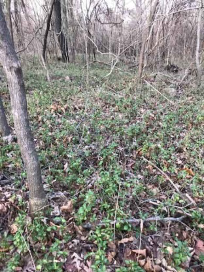 When discussing invasive plants you must also keep in mind that we have to be careful about lumping all types of one species under the same label.  For example, the straight species of heavenly bamboo (Nandina domestica) has invaded some woodland areas in Arkansas and as such we should carefully consider whether it should be planted for ornamental purposes or not.  However, there are many dwarf selections (e.g. ‘Atropurpurea Nana’; ‘Firepower’; ‘Harbour Dwarf’) used extensively in landscape that do not flower (thus do not form fruit) that can contribute to the unwanted spread of a plant.  A similar statement can be made for ‘Sunshine’ Chinese privet (Ligustrum sinense ‘Sunshine’) which does not flower or set seed.

Left: heavenly bamboo can be invasive;  Right: ‘Firepower’ and many dwarf selections are not invasive 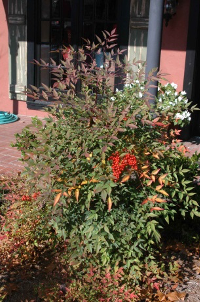 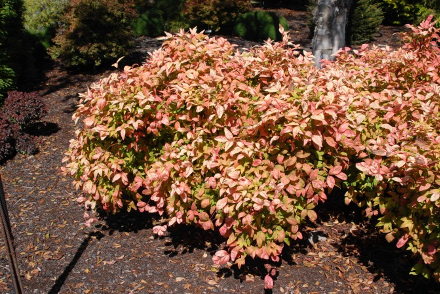 We also need to consider where a plant is, and is not, invasive.  For example, butterfly bush (Buddleia davidii) does not appear to be invasive in Arkansas but is highly invasive in the Pacific Northwest. The cultivar ‘Asian Moon’ is a triploid hybrid selected by the late Dr. Jon Lindstrom at the University of Arkansas can be used without worry of spreading (sterile) in landscapes.

The triploid hybrid ‘Asian Moon’ butterfly bush released by the University of Arkansas System is NOT considered invasive since the plant is sterile. 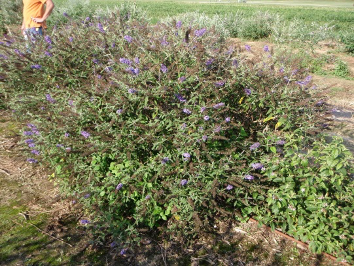 When considering what to plant in Arkansas landscapes we should carefully consider whether the plant is invasive and whether better options (e.g. native) are available.

So if we should avoid planting callery pears because they are invasive, what alternatives would we suggest?  It is important to note that there is no perfect substitute for callery pear but several options should be considered.

Want to know more about weeds in row crops? Check out our ag weeds content.