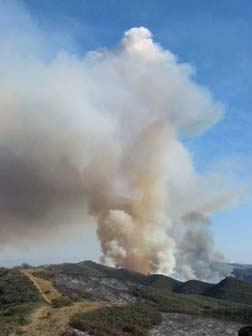 Why perform a prescribed fire?

Before conducting a prescribed burn, conduct the following steps:

Benefits of prescribed fire include: 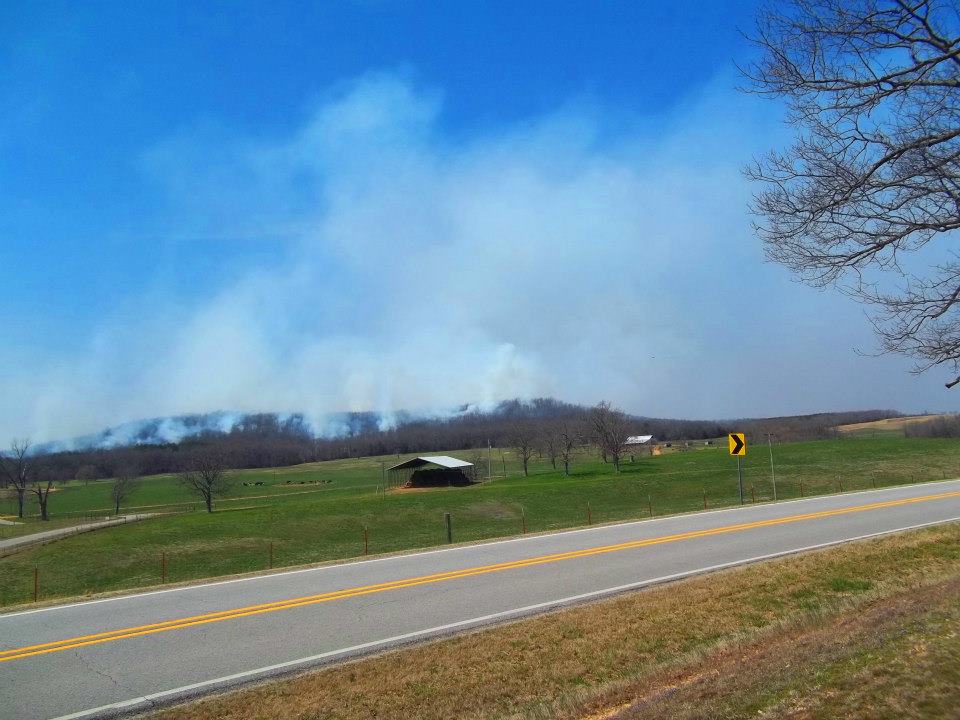 Fuel reduction is one of the most common reasons for wanting to conduct a prescribed burn.  This is no more than reduction of the amount of fuel on the ground that will burn.  This may include grass thatch, leaves, limbs, even logging debris and piles.  The primary reason to burn for hazard reduction is to reduce the chance of a destructive wildfire.  Often, this type of burn is the only objective when an area hasn't been burned in decades.  Once a hazard reduction burn has occurred, additional objectives can be accomplished in subsequent burns.

Prescribed burning is often conducted to prepare the seedbed for mechanical, hand-planted, or natural regeneration of seedlings.  By piling and burning the previous forest remains, the seedbed is open for easier access and more effective planting success.  This is a common and cost-effective technique used by industrial forest product industries called "site prep burning."

Not all plant species respond to a prescribed fire equally.  Many of Arkansas' native forest and grassland species respond positively to frequent, low to moderate-intensity fires.  However, due to the long-standing restraint on fire management, many native, fire-intolerant species have accumulated outside their historic range.  Prescribed fire can be used over time to reduce or remove these species.  In addition, many non-native species that have become problematic by out-competing native plants for resources can likewise be managed with fire over time, especially in combination with other effective treatments like herbicide. 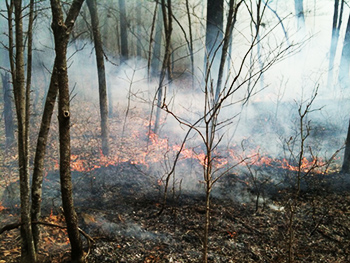 The direct impact of prescribed fire on many insect or disease infestations is not completely understood.  In many cases destructive outbreaks occur when forest or grassland conditions have become unhealthy and succumb to normal fluctuations in insect and disease populations.

The exception to this is when a non-native competitor such as the emerald ash borer or chestnut blight is introduced.   Prescribed fire can help maintain forest and grassland vigor through reduction of dead leaf and grass layers, keeping forest density at lower levels, and encouraging a healthy influx of new growth.

There is also some evidence that smoke may play a role in helping some plants defend themselves from certain insect or disease infestations.

Roughly 84 percent of Arkansas' native wildlife is adapted to open or semi-open habitats that were historically maintained by a regular fire.  Without fire, many of these species have become less competitive or have been driven out to find more suitable habitats.  Research shows the absence of regular fire is largely responsible for the decline in Arkansas' quail population. Frequent fire stimulates those plants that provide the best food sources for Arkansas' native animals, including the state's most popular game species.  In addition to food sources, fire can create a diverse habitat that provides nesting, hiding and mating opportunities.