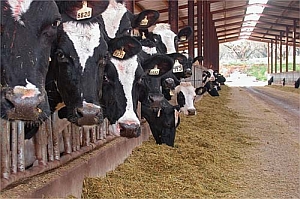 The ramifications of the Clean Air Act for agriculture continue to unfold with permits, penalties and enforcement under consideration.  The scientific data on livestock air emissions needed to properly regulate Concentrated Animal Feeding Operations (CAFOs) is limited.  EPA's Air Quality Compliance Agreement between EPA and the CAFO community was reached in 2005. The National Air Emission Monitoring Study (NAEMS), established in 2006 by a voluntary Air Compliance Agreement between EPA and the pork, dairy, egg and broiler industries, has been completed at selected livestock and poultry sites across the nation.

The purposes of this study were to:

More than 2,000 CAFOs in the U.S. signed agreements with the EPA regarding air compliance plans.  Air emissions from representative farms across the nation were monitored for two years on a 24/7 basis.  Data collection from all 14 CAFO sites was finished in 2010 and is currently under the review by the EPA. EPA is working on developing methodologies to estimate emissions from a wide variety of operations in order to inform emission estimates from animal waste in the future.

Animal waste is a source of ammonia and hydrogen sulfide releases to the air.  These are hazardous substances that, when released into the environment above certain quantities, trigger notification responsibilities under federal regulations.  The reportable quantity for ammonia and hydrogen sulfide is 100 pounds within a 24-hour period.  The following air regulations affect CAFOS and their reporting of hazardous substances:

These regulations require facility owners or operators to notify all authorities when a reportable quantity of hazardous substance (e.g. hydrogen sulfide, ammonia) is released. This allows citizens and authorities to know the sources and amount of hazardous materials being released into their local environment.

An EPA rule in December 2008 exempted farms from reporting air releases of hazardous substances from animal waste at livestock farms under CERCLA, and only large CAFOS were subject to EPCRA reporting. However, due to a legal challenge and subsequent court decision, farms with animal operations that release certain amounts of hazardous substances will be required to report these air emissions starting January 2018.  A factsheet published by EPA can be found here, which includes a three-step reporting process for CERCLA.

The producer should approach the decision thoughtfully and by using the best possible tools available to determine if their operation meets the reporting requirements.

It should be noted that after a producer has contacted the State Emergency Response Commission (SERC) and the Local Emergency Planning Commission (LEPC), a written report needs to be filed within 30 day of the original call to SERC and LEPC.

Under the continuous release reporting regulation, no further reporting is required for routine air releases unless the rate, quantity, or ownership changes. If a producer signed up for the air quality consent agreement back in 2008, no action is required at this time. Producers who are unsure about their participation in the CAFO air quality consent agreement may contact Tim Sullivan at EPA Headquarters 202.564.2723 sullivan.tim@epa.gov to determine if they are involved in that agreement. 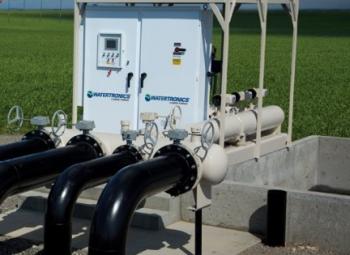 Why does EPA Regulate RICE?

RICE are combustion sources that emit air toxins include formaldehyde, acrolein, acetaldehyde and methanol.  Exposure to these air toxins may produce health symptoms including irritation of the eyes, skin and mucous membranes, and central nervous system problems.  RICE engines also emit the conventional air pollutants created when fuel is burned such as carbon monoxide, nitrogen oxides, VOCs and particulate matter.

How does EPA Regulate RICE? 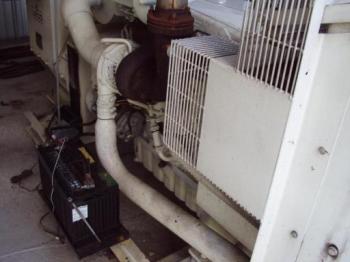 The National Emission Standards for Hazardous Air Pollutants (NESHAP) for RICE has several subparts with rules based on specific criteria:

The only engines not subject to NESHAP for RICE are the existing emergency engines located at residential, institutional, or commercial area sources which are obligated to be available ≤ 15 hr/yr for emergency demand response.