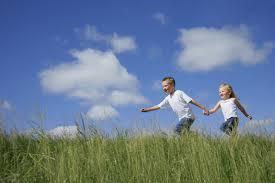 Air pollution affects everyone.  Every day the average adult breathes over 3,000 gallons of air.  Children breathe even more air per pound of body weight and are thus more susceptible to air pollution.

Arkansas is one of a handful of states in the country that consistently meets all federal air quality standards for criteria pollutants such as sulfur dioxide, particulates, nitrogen oxides, carbon monoxide and lead.  Areas of larger population typically have higher concentrations of ambient air pollutants.

Atmospheric gases consist of the major constant components (nitrogen 78%, oxygen 20.95%) and the highly variable components or trace gases (argon 0.93%, carbon dioxide 0.04%, water vapor 1%, other trace gases <0.08%).  It is the trace gases that impact our health and welfare.  In addition to trace gases, particulate matter is another major component that affects human health.

Even agricultural production can contribute to poor air quality.

Problems associated with odor tend to be locally highlighted nuisances, while certain gaseous compounds, such as ammonia, can have a local or regional impact.  Greenhouse gases tend to have global concerns, gaining increased attention from the general public.

Minimize the impact on the environment and health with a smoke management plan for prescribed fires.