While the April 2020 unemployment rate for Arkansas was 10.2%, which was less than the national average of 14.7%, the unemployment rate varied greatly among counties in the state and underestimated the number of people without work.

Also, the number of unemployed grew faster in the urban counties resulting in a somewhat higher average unemployment rate in urban (10.8%) compared to rural (10.0%) counties of the state.¹ Historically unemployment rates have been higher in rural counties. 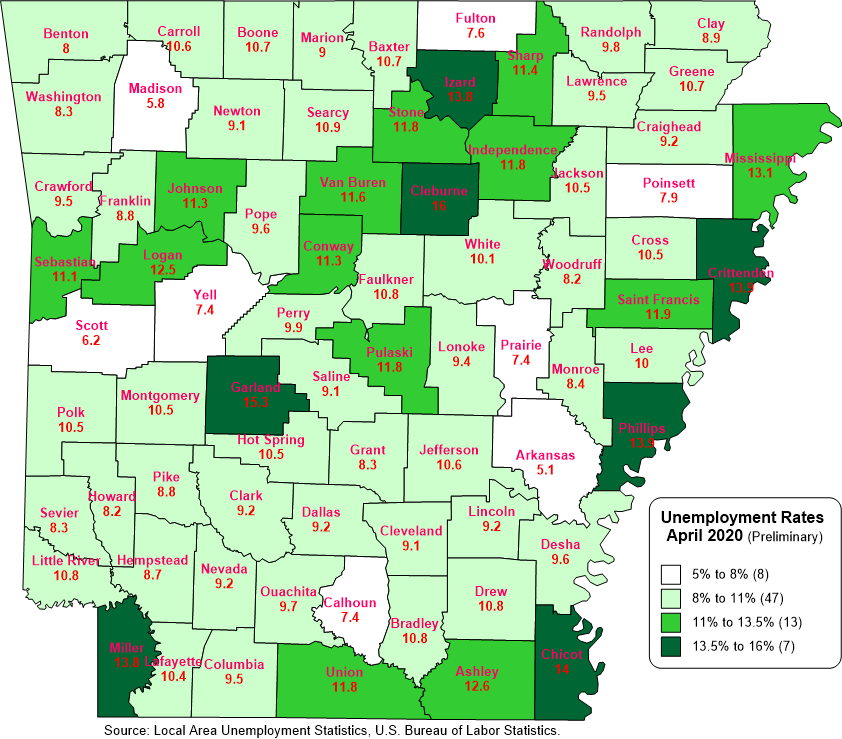 April 2020 has been the first time the average unemployment rate in urban counties has been higher than the average for rural counties for at least 10 years.

Many workers may have dropped out of the labor force as a result of the COVID-19 pandemic and others may not have been included in the labor force count if they lost their job, but their unemployment insurance claim had not yet been processed. In Arkansas the labor force declined by a little over 67,000 workers, or about 5% of the labor force, between March and April of this year.

Figure 2. Labor Force in Rural and Urban Counties of Arkansas 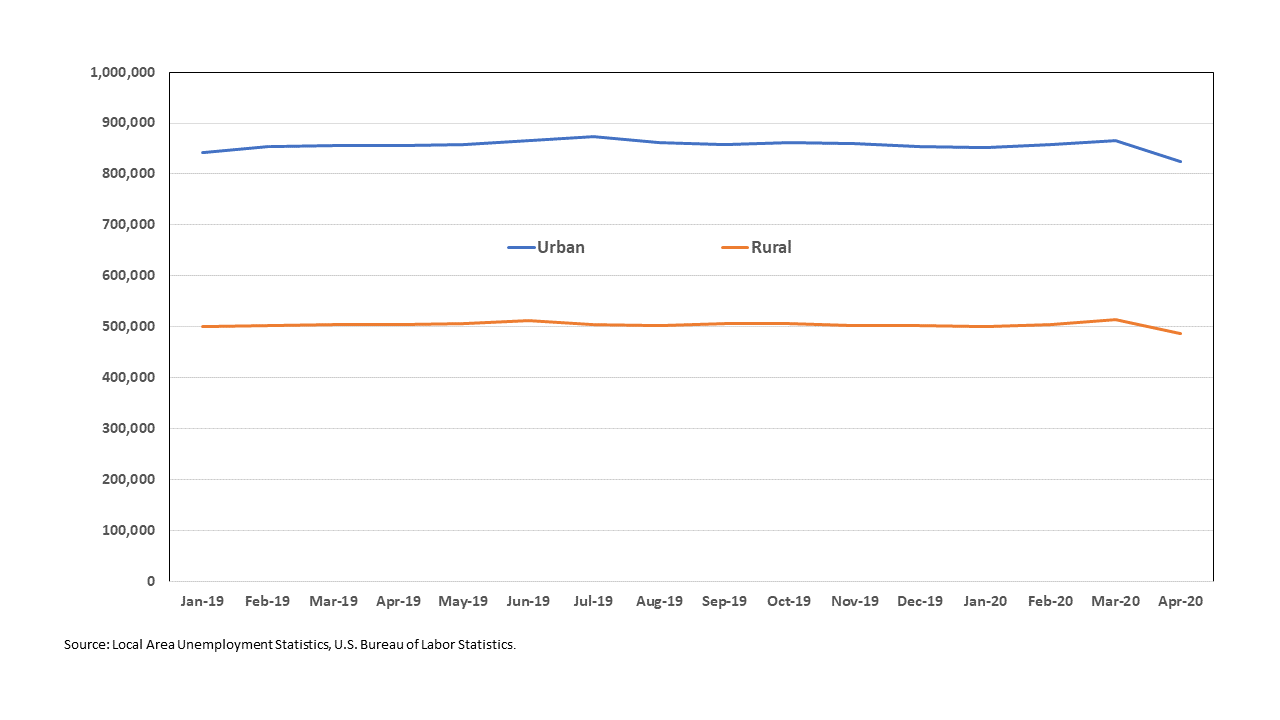 While these are only preliminary numbers, they provide us with an estimate of the effect of the COVID-19 pandemic on the number of workers without employment as of the middle of April 2020. For a more detailed analysis of the workers unemployed resulting from the COVID-19 pandemic see the publication “The COVID-19 Pandemic Affects Unemployment in Counties Differently” at https://www.uaex.uada.edu/life-skills-wellness/health/covid19/COVID-Economic_Impacts_in_Arkansas.aspx.

¹ For a classification of rural and urban counties in Arkansas, see our publication, Rural Profile of Arkansas 2019 at www.uaex.uada.edu/ruralprofile/.