A pre-k education is an important component of a well-educated population and is vital for the cognitive development of children and for ensuring child preparedness for kindergarten and elementary education. According to a recent study by Johnson and Jackson[i] investments in early childhood and k-12 education increases educational outcomes and can “effectively break the cycle of poverty.” Since fewer than one in two children living in Arkansas were enrolled in a pre-k program in 2016, additional investments in early childhood education could greatly improve educational outcomes in the state.

Figure 1. Percent of Children 3 to 5 Years Old Enrolled in Nursery or Preschool, 2016 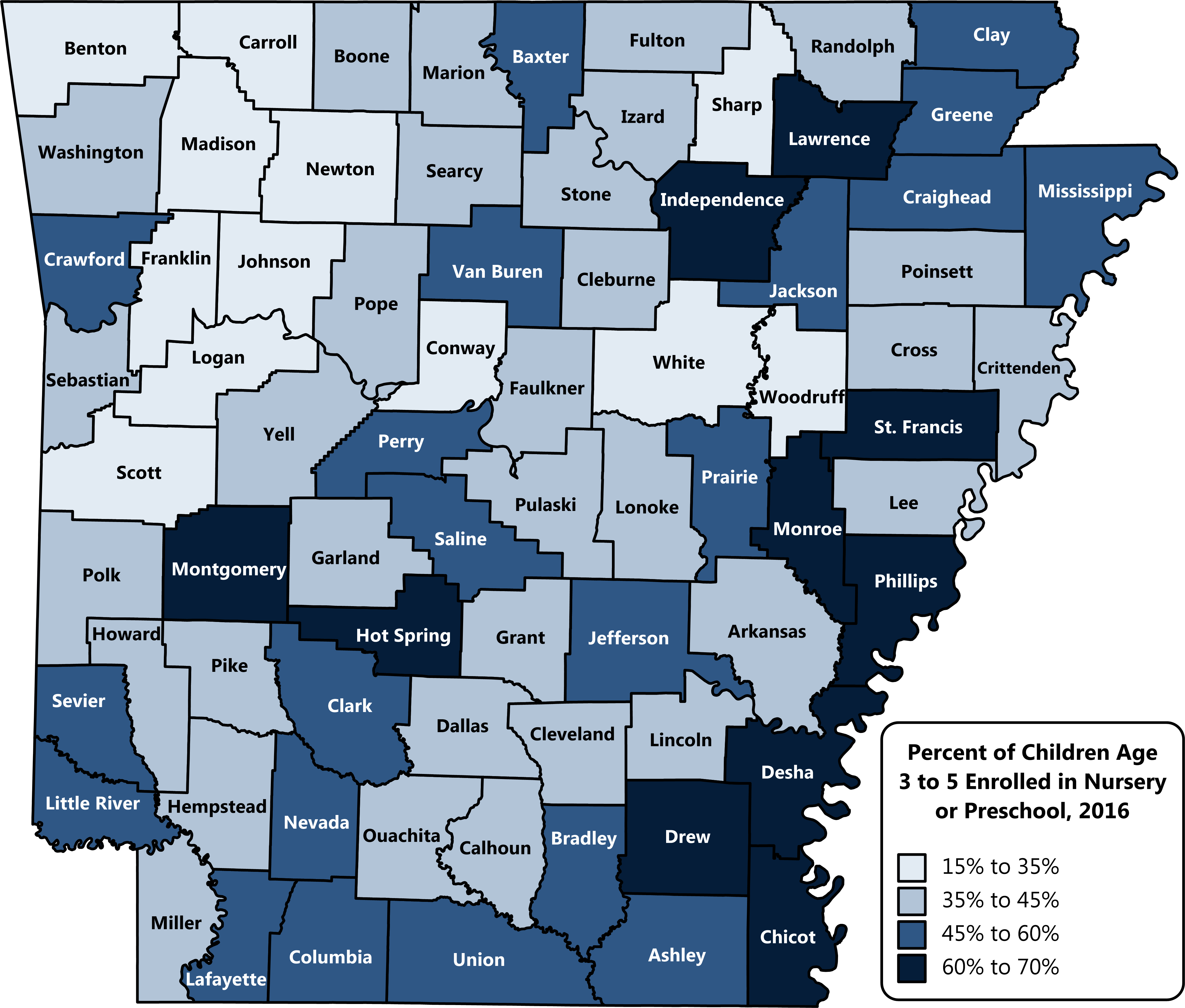 Ten counties in Arkansas are leading the way with between 60 percent to 70 percent of children, between the ages of three to five, enrolled in a pre-k program (Figure 1). However, there are 12 counties where enrollment in pre-k programs is only between 15 percent and 35 percent. This suggests that there are opportunities for further investments in pre-k programs, which will create long-term benefits to the individual and society, including higher lifetime earnings, reduction in criminal behavior, better health and less dependence on government assistance.

For more information on education and other critical issues facing Arkansans, see the 2019 Rural Profile of Arkansas at https://uaex.uada.edu/ruralprofile. For assistance in identifying opportunities and implement strategies to grow your regional economy, contact your county extension agent or our Community & Economic Development unit.