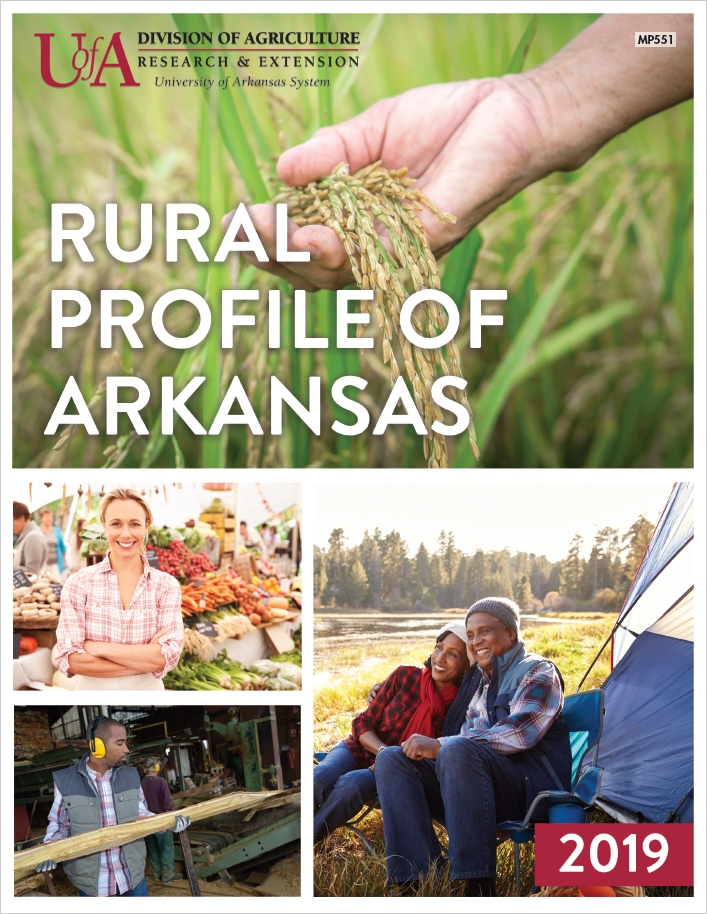 RURAL PROFILE OF ARKANSAS — The 2019 Rural Profile of Arkansas compares and contrasts the social, demographic and economic conditions in rural and urban areas of Arkansas.

The 2019 Rural Profile of Arkansas examines the issues that matter to Arkansas communities. Published in January, the profile shows that counties in rural Arkansas tend to perform worse in issues of health and social and economic stress.

Statewide and in both rural and urban counties, the rate of total population living below the poverty line in 2016 was significantly higher than the national average. These differences persist across age groups, with only one —Adults 65 and over in urban counties — having a lower rate of poverty than the nation.

The state's Rural Region also has a larger share of population experiencing food insecurity and participating in SNAP than the Urban Region. Counties in the Delta and Coastal Plains tended to fare worse than counties in the Highlands.

You can learn more about the issues facing your region and your county by downloading the Rural Profile of Arkansas 2019 from www.uaex.uada.edu/ruralprofile.

If you have questions about this post or any of our other economic development resources, please contact Tyler Knapp at tknapp@uada.edu or 501-671-2241.