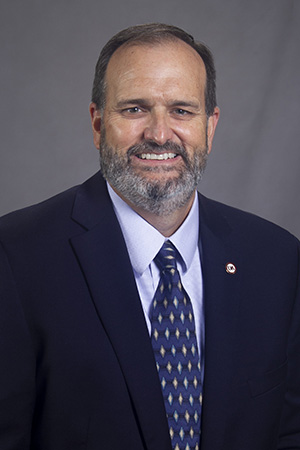 He grew up in southwest Oklahoma on a cattle and peanut farm. He attended Oklahoma State University where he earned a Bachelor of Science in Agronomy in 1991 and a Master of Science in Weed Science in 1994. He then attended Mississippi State University where he earned a doctorate degree in weed science. After graduating, Scott worked five years in the agriculture industry as a technical service representative. In 2002, he accepted the position of state Extension Weed Specialist, a position he held for 16 years. In 2013, he was named Director of the Lonoke and Newport Extension Centers, and in 2018, he became director of the Rice Research and Extension Center near Stuttgart, Arkansas.

During his career, Scott has served as president of the Arkansas Crop Protection Association in 2004 and was named Outstanding Young Weed Scientist by the Southern Weed Science Society in 2010. In 2018, he received the Distinguished Service Award from the National Association of County Agricultural Agents and also served as president of the Southern Weed Science Society.

He became Director of the Cooperative Extension Service on July 1, 2020. He lives in Cabot with his wife Susan.