“We are expecting tighter frozen whole-bird supplies and higher retail prices this holiday season. The turkey industry has had a tough go with HPAI this year, which is reflected in the data." — James Mitchell

FAYETTEVILLE, Ark. — Expect to pay more for the Thanksgiving turkey as growers continue to deal with a potent and persistent strain of avian influenza. 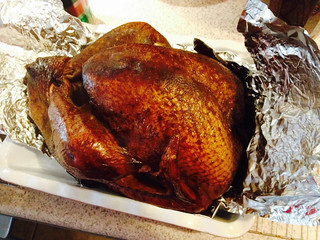 TURKEY PRICES — Expect turkey prices to be up this year as avian influenza cuts supplies. (U of A System Division of Agriculture file photo)

High pathogenic avian influenza, or HPAI, has been reported in 40 states as of Oct. 3 and confirmed in 492 flocks, with more than half — 262 — being backyard flocks. The flu has so far affected nearly 47 million birds.

As of Oct. 4, only nine states had zero cases in poultry this year: Arkansas, Alabama, Arizona, Hawaii, Louisiana, Mississippi,  Rhode Island, South Carolina and West Virginia. On Oct.6, APHIS confirmed a finding of HPAI in a backyard flock in New Mexico.

That’s a plus for Arkansas, which is the nation’s No. 3 turkey producer.

During the last major outbreak in 2014-2015, HPAI was confirmed in 15 states, affecting some 50.4 million birds from 211 commercial and 21 backyard flocks. At the time, the Animal and Plant Health Inspection Service of the U.S. Agriculture Department labeled the event the largest animal health emergency in the U.S.

Highly pathogenic strains of avian influenza, known as H5 and H7, can kill 90 to 100 percent of poultry quickly; often within 48 hours of infection.

The disease spreads through wild birds and their droppings and direct contact with sick birds. The good news is that there is no evidence that humans can contract bird flu by eating poultry.

“We are expecting tighter frozen whole-bird supplies and higher retail prices this holiday season,” said James Mitchell, extension economist for the University of Arkansas System Division of Agriculture. “The turkey industry has had a tough go with HPAI this year, which is reflected in the data.

Mitchell said wholesale breast prices have averaged $5.61 per pound or 156 percent higher year over year, “which reflects tighter supplies and the industry diverting more of available supplies to whole-bird production.”

All of which means consumers need to be ready.

“I hate to say it, but this year will probably be just like last year, where a little planning is warranted,” he said.

“You can see prices are higher. Broiler, turkey and egg prices all reflect a short supply,” Jada Thompson, assistant professor of agricultural economics for the Division of Agriculture, said.

However, because the current outbreak is spread over a broader area “it allows for repopulation,” she said. “In the egg industry, they started hatching replacement pullets earlier than they did in 2015. We need to start increasing our hatch counts, so we can have these birds in the pipeline.”

“From a global perspective, the EU is having a similar spread of HPAI, and Asia has seen it spread,” Thompson said. “If we are going to continue to have these globally and this continues to simmer, how do we address that going forward? Everyone is wanting to know what happens next.”

There are key differences between the 2022 outbreak and that of 2014-15, said Dustan Clark, extension veterinarian for the Division of Agriculture.

Clark said this suggests a change in the way the disease is spreading. “The current thinking is that during the last outbreak in commercial farms, it was probably inadvertently spread from an infected farm to other farms rather than by point source introductions, as is the current thinking in how AI is getting into the backyard flocks.”

Commercial poultry and egg growers have been using what was learned during the earlier outbreak and have been very proactive in dealing with the current outbreak, rapidly responding to infected flocks to prevent spread between farms, Thompson said.

The current outbreak is also far more widespread, with detections in 40 states in 2022 vs. 15 in 2014-15. For Clark, that indicates backyard flocks “are likely getting it from the wild birds. It’s popping up everywhere.”

As of Sept. 27, APHIS reported HPAI detections in 2,650 wild birds this year, in every state except Arkansas, Hawaii, Louisiana, New Mexico and West Virginia. The types of birds not only included migratory species such as teals, mallards and Canada geese but also predatory and scavenging birds such as turkey vultures, owls and hawks.

“In owls, hawks and vultures, they’re probably feeding off a wild bird that was either sick or had died of AI,” Clark said.

With fall wild bird migration just getting started, “we are greatly concerned about it popping up in Arkansas. Everyone is doing their best to be more and more vigilant,” he said. “If you see something, call your county agent, the state veterinarian or the USDA hotline. It’s important to get help as fast as you can, especially for backyard flocks.”