LITTLE ROCK — A potential halt to rail traffic in Canada could further hinder spring planting in North America if a labor dispute is not resolved within the next week. 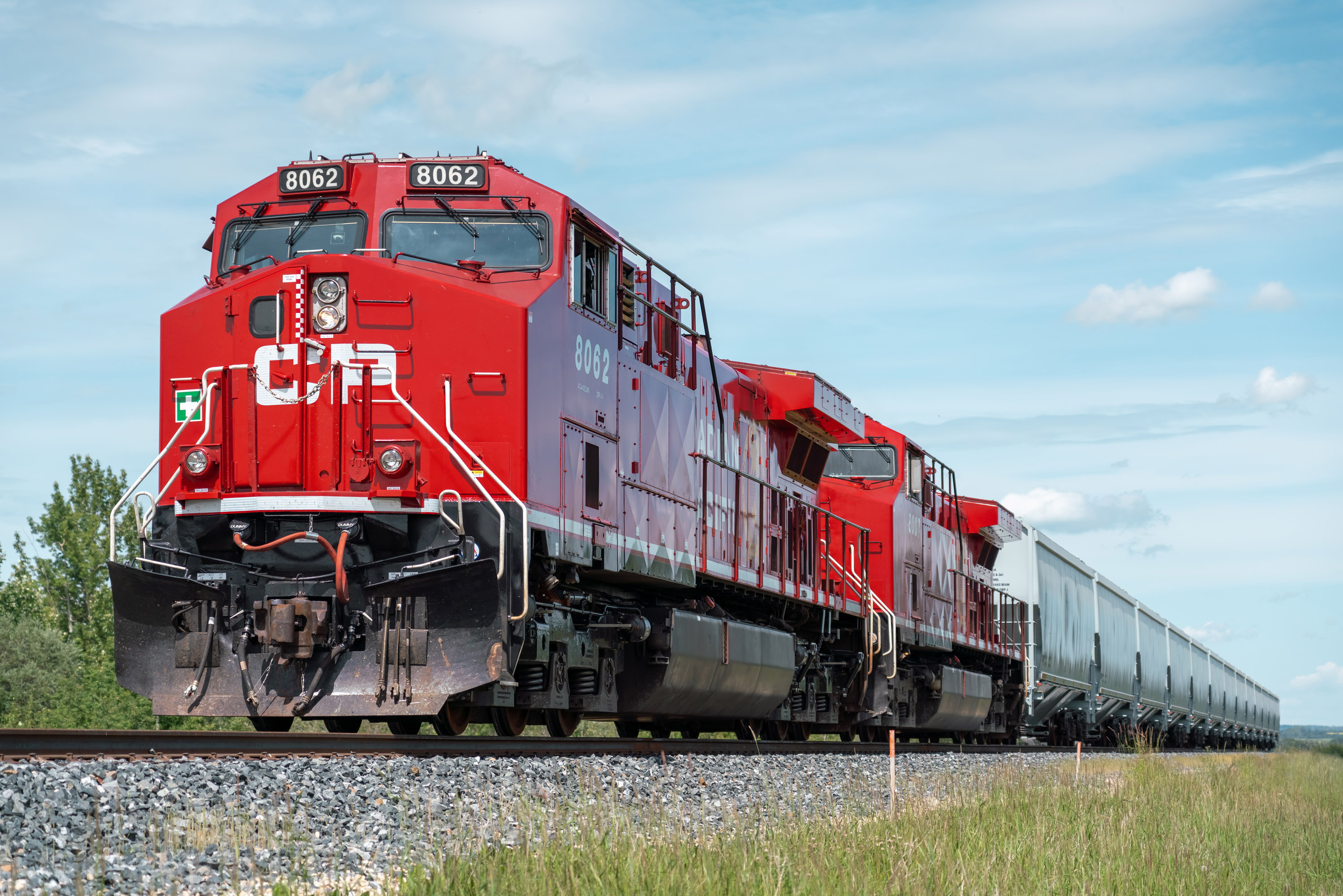 MIDNIGHT SPECIAL — A potential halt to rail traffic in Canada could further hinder spring planting in North America if a labor dispute is not resolved within the next week. (Image courtesy Canadian Pacific Railway.)

Earlier this month, a majority of workers with Canadian Pacific Railway Ltd., one of Canada’s largest railway transport companies, voted to strike on March 16 if their demands aren’t met. In the days that followed, Nutrien Ltd., which produces row crop fertilizers and other inputs, asked the Canadian government to intervene, saying the strike could prevent the distribution of potash, nitrogen and other soil nutrients in time for spring planting.

Perfect storm brewing
Trent Roberts, assistant professor of crop, soil and environmental science for the University of Arkansas System Division of Agriculture, said that while most producers in the state have already acquired the inputs they need for this planting season, the CP Rail strike is just one element of a “perfect storm” that will likely affect producers.

“The biggest issue here is that all of these fertilizers are traded at the global level and impacted by supply and demand across the globe, similar to commodities,” Roberts said. “Therefore, even if we have access to fertilizers, the price we will be forced to pay will be dictated by global supply, demand and prices.”

Canada produces about a third of the world’s potash, making it the No. 1 global producer. The ongoing military conflict in Ukraine, and its attendant economic sanctions, may hobble potash exports from the world’s second-largest producer: Russia.

Scott Stiles, extension economist for the Division of Agriculture, said the Russia-Ukraine situation will likely affect fertilizer prices in at least one of several ways.

“Although economic sanctions on Russia don’t explicitly include fertilizer, most countries are currently unwilling to buy from Russia,” Stiles said, adding that those same countries are also unwilling to buy from neighboring Belarus, which is often seen as a Russian proxy. “This stems from banking and financial restrictions, the potential for future sanctions on fertilizer, and shipping concerns from the Baltic or Black Sea — for example, added insurance cost and associated risks.”

“Over the past two weeks the average price for urea at the U.S. Gulf has gone up 26 percent, or $136 a ton,” he said. Diammonium phosphate, or DAP, “has increased 32 percent or $213 per ton since Feb. 1. Potash has increased four consecutive weeks.”

Expensive going for 2023 crop
Roberts said that as far as potash, the real pain for Arkansas growers will at least be somewhat delayed.

“Most of the potash that our producers will be using for the 2022 growing season has already been delivered to the co-op or fertilizer dealer,” Roberts said. “Where the supply crunch — from Canada or other places — is going to hurt is during this summer and fall for the 2023 crop.”

Prices for fertilizers — along with herbicides and other common agricultural inputs — were already significantly higher for purchasers in the United States and elsewhere around the world, even before the Russian invasion of Ukraine. China’s decision in 2021 to greatly reduce fertilizer exports and pesticide production significantly contributed to the situation, Roberts said.

“When you have a producer like China, that has 40 percent-plus of the total processed phosphates, decide they aren’t going to participate in the market, that has a huge and reverberating impact on supply and cost,” he said.

While the United States does import phosphates, it produces significant amounts as well, Roberts said.

Wrong expectations
Many global producers of both potash and phosphates reduced production in 2019, based on expectations of falling demand. When the COVID-19 pandemic spread in 2020 and much of global trade ground nearly to a halt, producers reduced output even further.

However, those projections proved wrong — potash and phosphate were actually in greater demand than they were pre-COVID.

“The increased demand, coupled with lower-than-typical production and added supply chain issues, is what is making ‘mined’ nutrients such as phosphate and potash much more expensive than usual,” Roberts said.

Roberts said current economic estimates within industry trade groups such as The Fertilizer Institute put the period of recovery and market stabilization for fertilizer inputs at 18 to 24 months, as production gradually catches up with demand.

Stiles said he expects crude oil prices to remain above $100 a barrel for the foreseeable future, which will likely have a much more immediate effect on agricultural row crop production.

“WTI crude oil has spiked as much as $38 a barrel since the invasion,” he said. “Diesel as jumped as much as a $1.45 a gallon over the same time.

“In visiting with growers at last week’s production meetings, they are looking at every conceivable way to conserve fuel and eliminate trips over the field,” Stiles said. “Plans to ‘no-till’ were mentioned by some growers.”