LITTLE ROCK — The Russian invasion of Ukraine is causing “gut-wrenching” volatility in grain markets and pushing already high prices for fertilizer and diesel even higher, economists with the University of Arkansas System Division of Agriculture said this week. 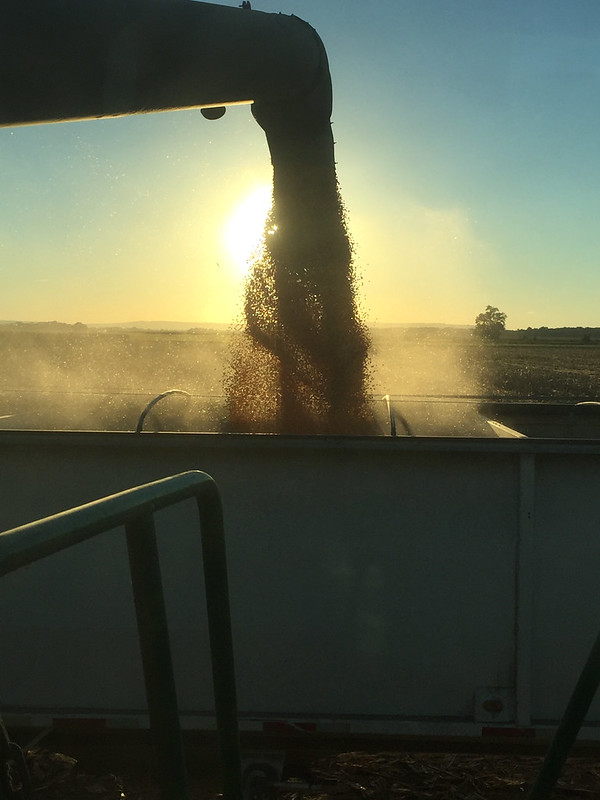 VOLATILE FACTORS — The Russian invasion of Ukraine will likely lead to both opportunities and hardship for growers in Arkansas and elsewhere, as grain and fuel markets become increasingly volatile. (Division of Agriculture photo.)

Much of the world, including the United States, is imposing economic sanctions against Russia, including a halt of exports to Russia and the freezing of Russian assets in banks around the world.

Scott Stiles, agricultural economist for the Division of Agriculture, said the situation will offer both opportunities and hardship for growers in Arkansas and elsewhere.

“Over the past week, prices for the major grains traded to new highs,” Stiles said. July wheat futures contracts rose to $9.42-3/4 on Feb. 25 — the “highest the July contract has traded since February 2011.”

However, “grain trading following the full invasion has been incredibly volatile,” he said, with July wheat contracts moving 93 cents in one trading session, from $8.50 to $9.42-3/4.

“Unheard-of and gut-wrenching for growers and end-users alike,” Stiles said.

How is the conflict affecting grain trade?
On Feb. 24, the Ukrainian government suspended commercial shipping from its ports. Cargill, ADM, Bunge and other privately owned grain companies have suspended operations in Ukraine.

“At least for the moment, Russian exporters are still fulfilling existing contracts and ships are departing,” Stiles said. “From what I can gather today, the overwhelming majority of world grain importers are not making any new deals with Russia.”

Stiles said that major wheat importers are currently looking at other sources outside the Black Sea region. ”In the near term, Australia, Canada, the EU and Argentina will see an uptick in wheat exports first,” he said. “The United States may see some increase in wheat exports as well.”

The United States may see higher corn exports
Both China and the European Union have historically been major purchasers of corn from Ukraine — a market gap U.S. producers will likely have the opportunity to fill. While South America typically exports some amount of corn each year, those supplies won’t be available for a few more months, Stiles said.

“Before the Ukraine-Russia situation was very concerning, corn and soybean futures had already been on edge due to a drought in key areas of South America,” Stiles said. “Weather issues in south Brazil and northeast Argentina kicked off a soybean price rally in early December.”

Prices for both corn and soybean have risen steadily since late 2021, as global supplies of both crops have tightened. Cotton and rice prices are likewise at multi-year highs.

“There's plenty of competition for acreage this year,” Stiles said.

Input costs on the rise (again)
The Russian-Ukrainian conflict is pushing both fuel and fertilizer prices even higher, at a time when some input costs have already risen 300 percent or more over the previous year.

After a brief period of moderation in January, U.S. Gulf prices for di-ammonium phosphate increased steadily throughout February, increasing about 20 percent in total.

Belarus, which borders Ukraine to the north, is the third-largest global potash producer, accounting for 18 percent of global production.

“Potash prices have now increased for three straight weeks,” Stiles said. “Belarus is a land-locked country and has had a transportation agreement with Lithuania for rail movement of potash to a port on the Baltic Sea, but that agreement ended Feb. 1.

“That's the highest WTI crude has traded since May 2011,” Stiles said. “Diesel futures have traded near $3.45. This represents a major cost increase for ag producers.

“A year ago, diesel futures were trading at $1.83 and WTI was $60 a barrel,” he said. “For growers that weren't able to lock in fuel costs at lower price levels, the sharp rise in energy costs may have some impact on planting decisions.”

As of March 2, the U.S. had not sanctioned Russian exports of oil and gas, although U.S. President Joe Biden was quoted as saying the move was “on the table.”

Stiles said there is always a degree of volatility in agricultural commodity trading, given the unpredictability of weather and trade disputes. The introduction of a war that disrupts global grain and energy trade, however, is truly a “black swan” event.

“A lot depends on how long the conflict lasts,“ Stiles said. “In the near term, it appears Russia and Ukraine will both be out of the global grain market. That is having an impact not only on grain, but energy and fertilizer prices as well.”