RISON, Ark. — New Cooperative Extension Service agents can face a steep learning curve on the issues that impact their clients. For Les Walz, his new position as Agriculture and Natural Resources Livestock and Forages Educator for the University of Arkansas System Division of Agriculture is an opportunity to mentor county agents and teach them about these two major production systems and more. 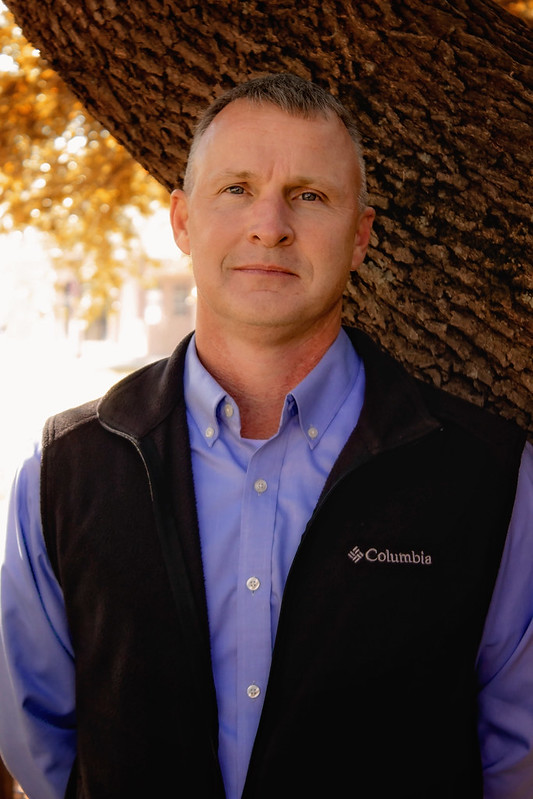 Walz began his new role on May 16 after working as a Cleveland County extension agent for more than 22 years. He said the most rewarding part of his career as an agent has been helping clients succeed.

“If you talk to county agents who have been with extension for many years, and you ask them what the best part of their job is, they’ll tell you it’s seeing everybody else around us be successful,” Walz said. “Watching our clients find success from recommendations or something that we played a part in is the best part of our job.”

A mentorship of many hats

Walz said that while helping agents with issues of livestock and forage producers will be a “large part” of his position as educator, his role “won’t be exclusive to that.” He plans to work with agents in “more of a mentoring capacity” to teach them the many responsibilities of county agents.

“The one thing you run into in these smaller counties – and the majority of counties in the state are small, rural counties – is that we don’t wear one hat,” Walz said. “As a county agent, I didn’t just wear a livestock and forage hat, I didn’t just wear a 4-H hat, a horticulture hat, a timber and wildlife hat or a community development hat. I’m going to teach them how to be county agents and embrace all of these different aspects.”

“Our fertilizer prices have tripled. Our herbicide prices have doubled. Our fuel prices have doubled,” Walz said. “The cost of production is going up, so these small farms, they're struggling. That's where we step in as extension and try to provide them information to alleviate some of that. Of course, we can't fix prices or changes prices, but we can offer recommendations to help."

Another challenge facing county agents is a preference for traditional farming practices among their clients, Walz said.

“One of the major obstacles we come across is the tradition of farming practices that have been handed down from father to son over multiple generations,” Walz said. “You hear often, ‘Well, granddaddy did it this way, and daddy did it this way, and they were fine, and it worked. Why should I change?’ And we’re sitting here as extension agents with research-based information saying, ‘We can make things better for you, or help you do things more efficiently, to widen your profit margins if you’ll just embrace some of the things we have.’

Building the next generation of agents

“Our retention of young county agents has been unacceptable, and one of the reasons is that there is not a good process for new agents to learn how to be a county agent,” Ford said. “There is a mentoring program that has helped, but there is a need for more one-on-one time with each agent.”

Ford said that the decision to create a livestock and forages educator position stemmed from the success of other extension educators in mentoring new agents within their areas of expertise. Some examples include Hank Chaney (and later, Andy Vangilder) in row crops and Leigh Ann Bullington in family and consumer sciences.

“These positions are not subject area specialists, but they work with the specialists on education programs,” Ford said. “Their job is to train county agents and not the public.”

While many candidates were considered for the livestock and forages educator role, Ford said Walz’s history with extension makes him uniquely suited.

“Les is a good fit for this position due to his long and continued demonstration of excellence in his extension program,” Ford said. “There were many candidates that were qualified and would have performed well, but Les stood out.”

A career in agriculture

Walz attended the University of Arkansas at Monticello, where he initially enrolled intending to major in pre-veterinarian studies and become a vet. Walz said one of his professors “talked me out of going to vet school and into pursuing a four-year agriculture degree.” He graduated with his Bachelor of Science and Agriculture in 1993.

That same professor also advised Walz to attend graduate school, saying the “couple extra years would help me figure things out.” Walz applied to a few schools and ultimately decided on Louisiana State University, where he earned his Master of Animal Science in 1995.

After several years in the private sector, Walz was accepted to the Cooperative Extension Service’s county agent internship program. He chose an open position as an agriculture agent in Chicot County, where he was mentored by the late Carl Hayden. Hayden was a longtime extension employee before he retired as staff chair of Chicot County in 2008.

Walz said working with Hayden deeply impacted him as a young agent – an experience he hopes to provide for today’s early-career agents.

“I had a seasoned agent who mentored me. I worked with one of the best soybean agents in the state of Arkansas for two years,” Walz said. “He taught me how to be a county agent. The struggle now is you’re getting agents hired into these counties and, even though they’re assigned a mentor, they’re not getting that one-on-one time as frequently as they need to figure out the job. They’re getting tossed in the deep end quick.

“They’ve got to have somebody to call and say ‘Hey, I need help.’ And that’s where this role comes in,” he said. “I can fill part of that, but the other part of it is teaching them who to call, who the specialists are.

Walz said one of the most important pieces of advice he offers to new or early-career agents is to “invest in your communities and in your county.” People will take notice of this investment, Walz said, and over time, they will seek out these agents as the embodiment of extension’s presence across Arkansas.

“I like being the resource. I like being the person that people recognize and ask questions,” Walz said. “I get it all the time. People say, ‘Oh, I hate to bother you, you’re off right now, is it okay if I ask you a question?’ And I say, ‘Yes, it’s fine,’ because I’ve worked a lifetime, I’ve worked a career to get to this point, to be this resource. For me, that was the whole point of it.”